When it comes to the health effects of aviation, reducing total fuel burn may not necessarily be the optimal strategy. And, perhaps even more surprisingly, your flight from Amsterdam to Rome contributes to premature deaths in Asia. Dr. Irene Dedoussi models the global human health impact of air pollution from aviation emissions, helping both airplane designers and policy makers in weighing the various mitigation strategies to make aviation sustainable.

At university, the elegance of fluid mechanics prompted Irene Dedoussi to major in aeronautics rather than civil engineering. Then came an internship on aircraft noise at the German Aerospace Centre, where she expected to be looking into engine acoustics. ‘But during landing, it is the landing gear that creates the most noise,’ she says. ‘I found that strange and interesting. It made me curious about the other environmental aspects of aviation and how best to address these.’ Now, as a tenure track assistant professor, she is establishing her own group on emissions and air quality within the Aircraft Noise and Climate Effects section. ‘TU Delft is the ideal location for me to do this research as it is one of the few universities in the world that looks into all the environmental aspects of aviation,’ she says. ‘To achieve sustainability, we can’t look at noise, air pollution or climate effects in isolation. There are real trade-offs between these environmental effects.’

From fuel-burn to health effects – anything but straightforward

Burning airplane fuel doesn’t only create CO2 – a major contributor to global warming – but, among others, also nitrogen oxides (NOx). By chemically interacting with the atmosphere, these nitrogen oxides lead to the creation of fine particulate matter and ozone. Both of these are harmful to human health, for example causing respiratory diseases, ultimately leading to premature deaths. ‘There isn’t a one-to-one relationship between fuel burn and health effects,’ Dedoussi says. ‘For one, increasing the airspeed and burning fuel twice as fast may more than double the amount of nitrogen oxides released.’ The chemical reactions within the atmosphere are also non-linear. They depend on the chemical composition of the atmosphere which is influenced by emissions from other sectors, such as heavy industry and road transport. And there is a complicated relationship between air pollution and its health effects. Doubling or halving emissions does not mean that the health effects are doubled or halved. 'All of these relationships need to be carefully modelled,’ Dedoussi adds, ‘and they come with a lot of uncertainties that have to be addressed.’ 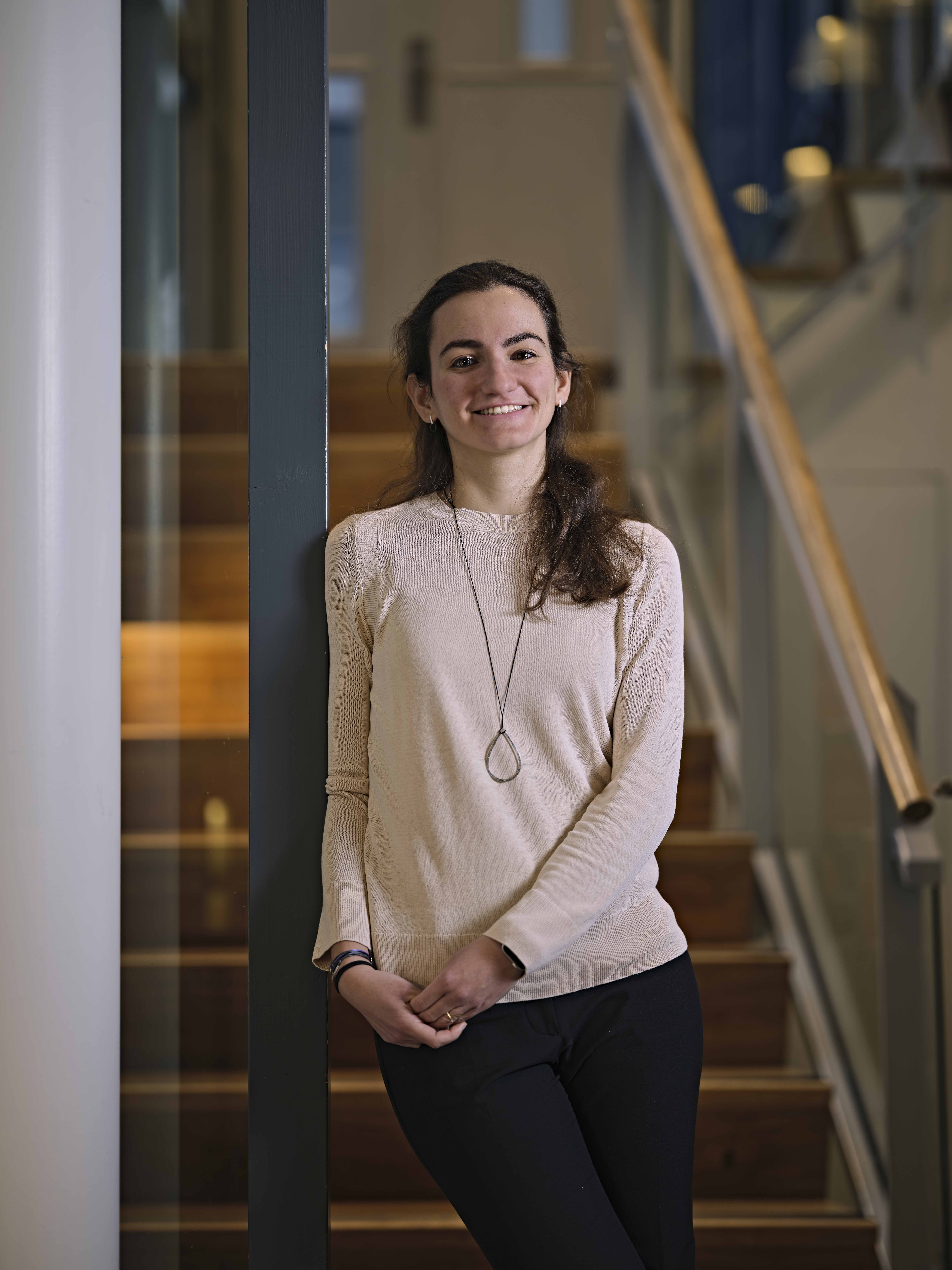 By its nature, aviation is a sector that is international. Therefore, global simulations are needed to assess the health impact of cruise level emissions. In her simulations, Dedoussi takes into account all the effects mentioned above as well as (global) atmospheric circulations patterns. It has resulted in insights that are sometimes quite surprising. ‘The health impact of nitrogen oxides depends on where they are released into the atmosphere,’ Dedoussi says. ‘Airplanes are optimised for flying fast and at high altitude largely because of economic reasons. This would, perhaps, be different if the environmental costs are fully taken into account.’ Burning a ton of fuel over Europe has over fifty percent higher global health impact compared to burning the same amount of fuel over North America or Asia. ‘From a global perspective, caring about all people equally, we should first address aviation over Europe,’ Dedoussi says. ‘But because of the circulation patterns in earth’s atmosphere, you will see most health improvements in Asia. If you want to fix air pollution in Europe, you have to also look at aviation outside of Europe.’

Before joining TU Delft, Dedoussi obtained her PhD on the atmospheric impacts of ground-level and high-altitude combustion emissions at the Massachusetts Institute of Technology. That was when she also became interested in the overlap with policy. ‘I quickly learned that policymakers have a hard enough job to do as is’, she says. ‘They really shouldn’t also have to worry about the atmospheric non-linearities, about the details in the underlying physics. We, as scientists, have to give them the tools that help them in practice. It can’t be an algorithm that takes weeks to run on a supercomputer. It has to be as simple as an excel spreadsheet.’ Dedoussi and her colleagues do try to speed up their current simulations, but what is unique about their approach is that they design their experiments to look at how perturbations in the emissions affect global health. Then, it is easy to scale the health effects based on how much each policy or technology – a different engine, a flying-V design – perturbs the emissions. ‘It would probably be naïve to think that the health impact of flying will be completely taken into account in airplane design and the price of tickets,’ Dedoussi says. ‘But at least now they could play a role in the cost-benefit analyses.’ For her research into combustion emissions, she was recently recognised as a Forbes 30 under 30 in Europe’s Science and Healthcare category. 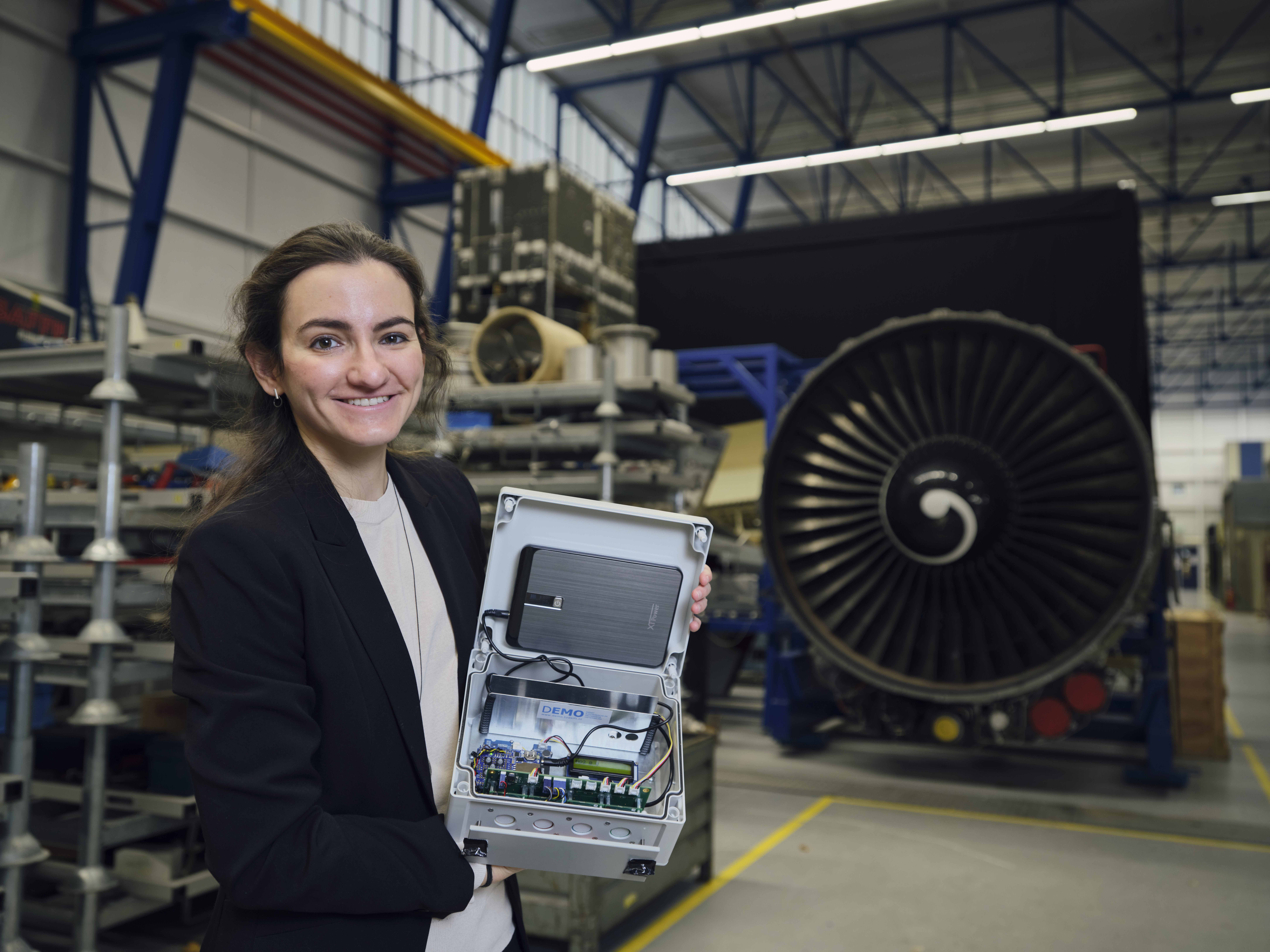 A look into the future

When moving to the Netherlands, Dedoussi quickly became involved in the somewhat- uniquely Dutch discussions on the deposition of nitrogen, even providing expert advice to a national advisory committee. ‘This is currently not being fully assessed for aviation,’ she says. ‘Especially the contribution of high-altitude emissions, if any, is completely unknown.’ She is also acutely aware that the health and nitrogen deposition effects of aviation may change over time. That is why she recently applied for, and received, a VENI grant. ‘In the future, we may have higher global average temperatures,’ she says. ‘Or the ammonia content of the atmosphere may change, which influences how nitrogen oxides react to form fine particulate matter. I want to model these sensitivities so that they can play a role in current technology and policy decision-making.’ In that respect, COVID-19 travel restrictions and lockdowns have provided a unique opportunity. ‘The data being gathered right now will be very valuable in understanding how our atmosphere responds to emissions, and how aviation contributes to the atmospheric composition,’ she says. ‘But other sectors, such as road transportation, have also been greatly affected. Again, we have to take the complete picture into account.’

TU Delft is the ideal location for me to do this research as it is one of the few universities in the world that looks into all the environmental aspects of aviation.

TU Delft and Intel drink a toast to the qubit

Algorithms: can you trust them or not? - TU Delft Story - Technology, Policy & Management