Every second counts in the initial response to disasters such as fires and earthquakes. If help comes too late, or if rescue workers assess the situation incorrectly, this may result in many victims. In recent years robots, including drones, have been increasingly used to assist in search and rescue missions, says Anahita Jamshidnejad, assistant professor at the Control and Operations department.

A drone is a great tool for assessing situations, damages or risks in a building or area. In particular when the situation is unknown and may pose a high risk to the lives of rescue workers, for example due to poor sight or the risk of explosion and collapse. Sending in a search and rescue robot first enables us to limit risks since robots can collect information even from places that are dangerous or inaccessible to humans.

In early 2017, Jamshidnejad experienced at close hand the importance of efficient rescue efforts. “Together with my family, we were watching a live TV broadcast of a rescue operation in a burning landmark building in my hometown Teheran. The TV reporter had just announced that the building had been evacuated from inhabitants by firefighters, who were still inside trying to extinguish the fire. Suddenly the building collapsed before our eyes, which led to the death of over thirty rescue workers. I believe if robots had been used to make a risk assessment first, this tragic ending could have changed for a happy one. During my PhD programme in System and Control Engineering, I had already done research on autonomy of systems via artificial intelligence and model-based control, although my research was mainly theoretical. The fire in Teheran motivated me to start using my expertise for practical search and rescue applications.” 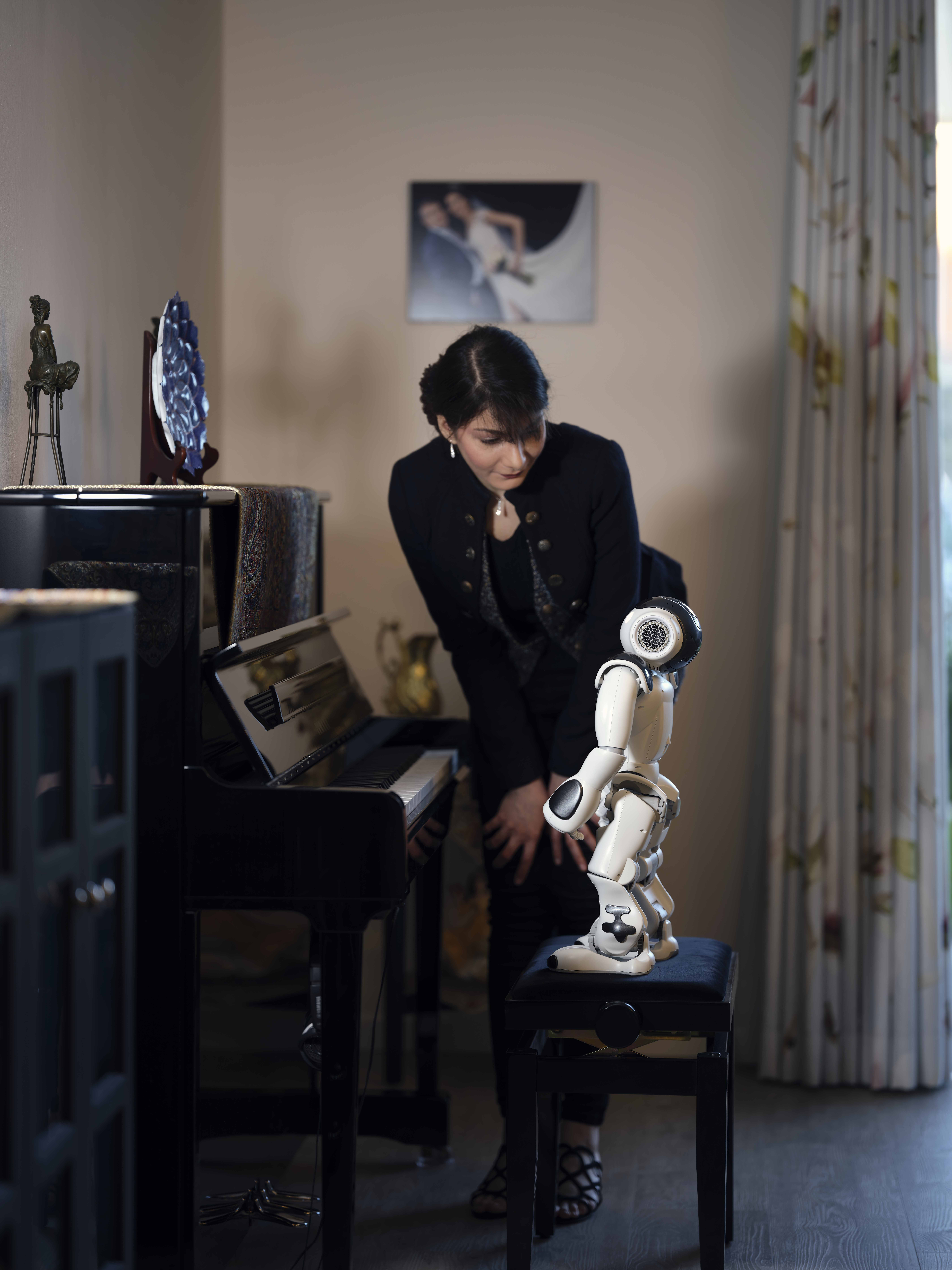 One of the reasons that search and rescue robots are not always used is that they cannot operate fully autonomously, says Jamshidnejad. “Drones do not yet have fully autonomous decision-making capabilities. Human assistance is still needed to operate the drones and to determine what actions they should perform. You can pre-programme them with information about a building or area, but during a disaster the situation changes. Uncertainties such as blockages from collapsed walls or unpredicted spread of fire mean that the initial floor plans or maps of the area may no longer be accurate. This is particularly where search and rescue robots can make a difference:  they can independently go into the unknown area, plan a mission and start to search and assess the new situation. Then they can transfer the most important information to rescue workers to determine the places they need to go to or should avoid.”

Mathematical decision-making and AI: breakthrough in next gen robots

At the time of the fire in Teheran, Jamshidnejad was finishing the last months of her PhD studies. After obtaining her PhD, she decided to follow up a postdoctoral research position at the Institute for Dynamic Systems and Control at ETH Zurich. In February 2019, she returned to the Netherlands to continue her research in Delft. “I had already done my PhD at TU Delft, so I had an extensive network of researchers in the Systems, Control & Simulation research groups. Besides this, at TU Delft there is extensive expertise in the field of artificial intelligence (AI), which dovetails well with my own theoretical background in mathematical decision making and modelling. One of the topics I am currently working on is systematic incorporation of uncertainties in mathematical and model-based decision making: How can a robot or a drone operate autonomously when confronted by various random, vague and unpredictable situations? We also want drones to use a combination of optimization and AI to learn from these situations to recognise danger and locate victims or hazards.” 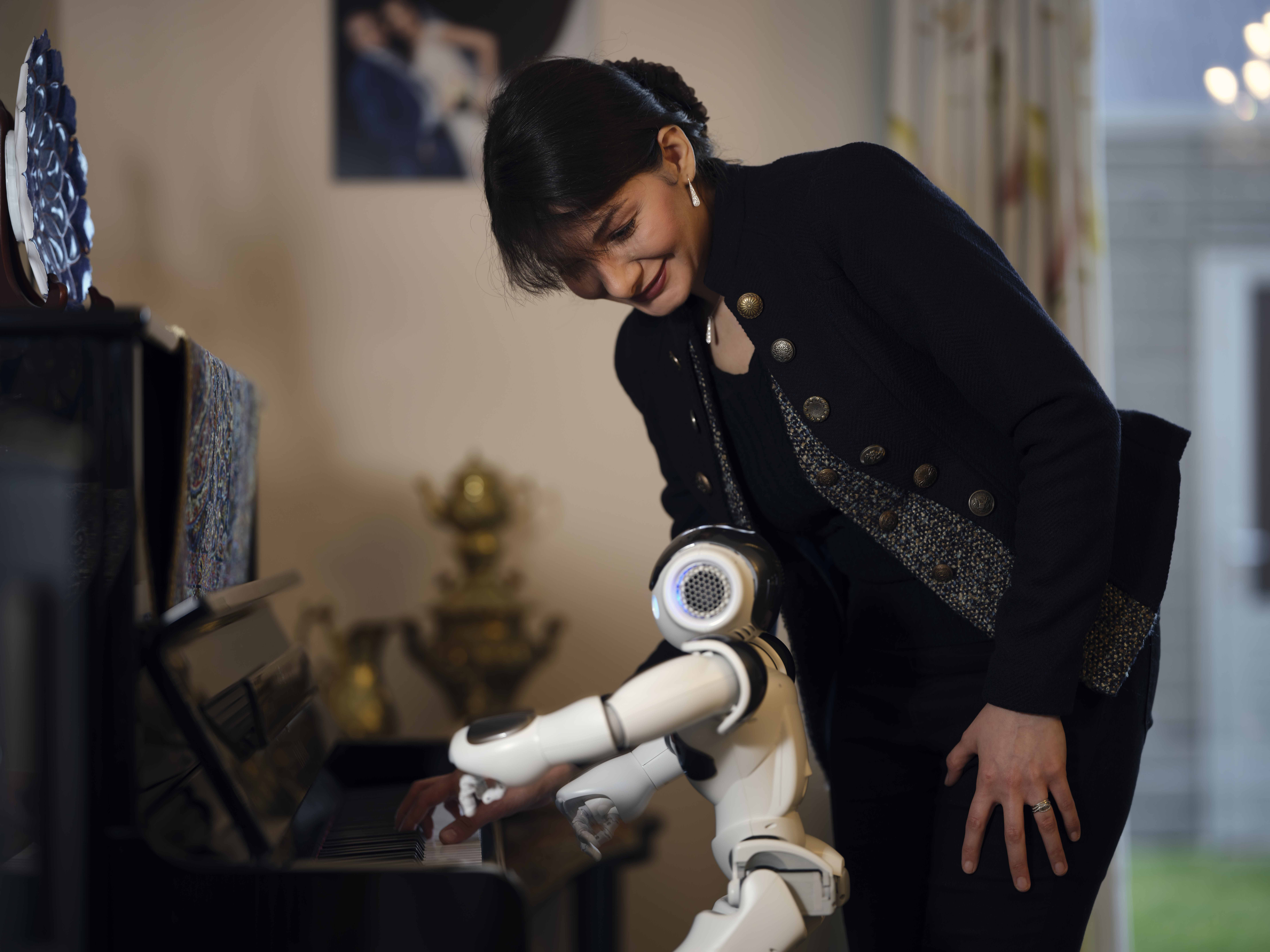 Minimizing use of power

“Search and rescue robots analyze and transfer the data they gather to the rescue team outside the disaster scene in real time”, continues Jamshidnejad. “It is crucial that no important information is lost if a drone suddenly becomes out of function”. Most drones are fitted with a camera but in extreme circumstances the images they send may not be useful, for example due to darkness or smoke. Or sometimes a camera may fail. Therefore, often several robots and drones are deployed at once. One or a few of them receive the most important data of the team when one is lost. “It takes a lot of power to process all the data, so we need to develop an optimal approach that minimizes the use of power, as well as the mission time”.

Next: Collaboration with fire services

Jamshidnejad plans to use model-based and knowledge-based control methods based on the expertise of experienced rescue workers, such as the Dutch fire departments. “Fire brigades know all the aspects associated with a disaster and the dangers involved. We can use their expertise and information on disasters and emergency situations to simulate scenarios that are similar to real-life search and rescue missions in the lab. This way we can perform experiments to assess and improve the performance of our robots. Moreover, in the end our robots should collaborate and communicate with real fire fighters. Therefore, close collaborations and interactions with fire departments from the very first stages of implementations of the project are necessary. Another important partner in this research is Thales, a company that specialises in drone technology, among other aerospace applications. Thales is helping us with the further development of well-functioning search and rescue robots.”

“Improving the autonomy and efficiency of decision making by robots is not only useful in search and rescue”, says Jamshidnejad. There are also valuable healthcare applications, such as therapeutic aids for people with autism or dementia. Jamshidnejad: “People with autism find it difficult to make contact with others. It is often easier for them to communicate with social robots, in part because of the robot’s predictability and lack of emotions. For the first time, we are introducing social drones that engage in dance therapy. We want to further improve robots, so that when they are in interaction with people with autism or dementia they can assess situations independently and act based on a personalized and creative plan. In summary, my research has a wide range of applications. I think it’s really great that I can now use my theoretical background to help solving real-life problems.” 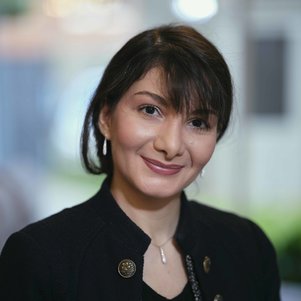