Planning a city with conflicting values no problem

Increasing urbanisation is creating major challenges in spatial planning. Not least because everyone has different priorities when it comes to organising the public space. For his Master's thesis, best graduate of 2021 in the Faculty of TPM, Rico Herzog, mapped out conflicts of values within a city and developed a model to deal with such conflicts; a model intended to help decision-makers to make better urban planning decisions.

“Where one resident thinks of sustainable in terms of economic development, another will have more of a focus on nature and the environment. The more people living in a city, the more different backgrounds, perspectives and values there are. This diversity sometimes leads to conflicts and challenges when planning urban areas.”

Although research has been carried out in the past into what people find important in the public space, there is no clear picture on how all these different values lead to conflicts, even though this conflict is extremely important, says Herzog. “Insights into value conflicts can be of great help during decision making on urban planning. At present it is difficult for urban planners to say what is important for a city because most don’t attempt to really consider the values of its citizens.”

Conflicting values among residents or between residents and policy-makers mean it can take many years for a project, such as the construction of an airport or housing, to get off the ground. Herzog: “This has less to do with inefficient decision making and more to do with the fact that policy-makers and urban planners don't have a clear picture of what values are in conflict and how to resolve this.”

Herzog's studies included Industrial Engineering and Environmental Engineering with a specialisation in spatial planning and modelling. After his Bachelor's degree, he took the TU Delft Master's programme Engineering and Policy Analysis. “I've always had a wide range of interests. I enjoy bringing problems, such as value conflicts, together, examining them from different perspectives and looking for solutions.”

We also encounter value conflicts in our daily lives, tells Herzog. “Will I be healthy and environmentally friendly and go by bike, or will I choose comfort and take the car? As a researcher I study the conflicts at more of a macro level, such as choices between protecting nature and economic growth. These are often complex conflicts that I try to make clear using models in order to be able to make better decisions.”

To get a clear picture of value conflicts in urban areas, Herzog first had to find out exactly what is important to city dwellers. He found this input in Hamburg. According to Herzog, this city, the second-largest in Germany, has a comparatively high level of citizen participation. “The city has a digital platform where citizens can indicate, for example, what they would like to see in a city district, such as more nature, social housing or peace and quiet.”

Local legislation allows this data to be used publicly, so long as the privacy is protected, making it a perfect starting point for his research. And there is another reason why Hamburg is interesting, he says. “In the coming 15 years the city's population is expected to grow from 1.8 million to 2 million. So Hamburg is facing an enormous planning task. Much housing is planned for the port area, in the Hafen City development.”

Mix of quantitative and qualitative data

In the last few years more than 4,500 people wrote a contribution on the participation platform stating what they would like to see realized in the public space. However, one problem was that the data was not entirely reliable. Herzog: “Anyone can write something on the platform, including people who do not live in a particular city district, or maybe not in Hamburg at all.”

So to supplement the quantitative data, Herzog interviewed local urban planners on mobility, housing, public green spaces and environmental noise. “They were familiar with the various city districts and their expertise meant they could tell me about the relevant values and conflicts there.”

Because it is extremely time consuming to analyse every value from every citizen, Herzog uses Natural Language Processing: algorithms that can process text in a structured way. One of these is Structural Topic Modelling. Herzog: “STM identifies individual terms in a text and then links these to terms on a similar topic.”

For example, insects, trees and green are linked to ecology, and zebra crossing, danger and traffic are linked to safety, tells Herzog. “Some terms can be linked to more than one value. The analysis ultimately resulted in five value clusters: social equality, ecology, the economy, health & safety and liveability. When these clusters overlap, we call this a potential conflict.”

Herzog encountered a number of interesting value conflicts in Hamburg. “One such conflict was between ecology and safety. Residents of a certain city district wanted more green planting at a playground, for example fruit trees and flowering bushes. These then attracted many insects, including wasps. This formed a hazard for playing children, resulting in angry parents who complained about the trees.”

Another interesting conflict, according to Herzog, was a district where the inhabitants attached high value to peace and quiet and pleasant surroundings. “But pleasant surroundings attract more people, and more people means more noise, and this led to an increase in nuisance. Then there are people who don't want any change: the conservatives. That conflicts with many other values.”

To provide insight into the value conflicts, Herzog developed an instrument called ‘Public Value Spheres’ where values are displayed as spheres which might conflict and interlink. “This is a tool which helps to account for the relational nature of urban space: that everyone values different things, and it shows where there are archetypical conflicts.”

Most conflicts cannot be resolved simply, says Herzog. “So a choice will often be a compromise, in which values are combined. But in some cases a choice may be made based on a referendum. And sometimes technology offers a solution. In a certain neighbourhood, children playing football created a lot of noise nuisance through the ball bouncing off the surrounding fencing. So a special acoustic fence was developed to reduce noise impact.”

Herzog stresses that giving citizens insight into the values of their fellow citizens benefits them too. “It might help to understand that there are other people with other perspectives. Many citizens are not so aware of this. Once people engage in discourse, their perspective can change. And this can help in the final decision making.”

Sometimes values do not conflict as much as may appear at first sight, continues Herzog. “But we don't have a good picture of just why people find something important. An interesting follow-up study would be to investigate more closely into why people advocate for a specific topic. This would give us an even better understanding of value conflicts.”

Use in other places

The Public Value Spheres tool is not just useful in Hamburg, but can be used worldwide, says Herzog. “You could use the same approach in any city in the world. Countries in the Global South in particular are faced with enormous urban planning challenges through rapid population growth, urbanisation and the impact of climate change.”

Of course the PVS tool will look different in each situation. Herzog: “Every city and its population has its own values and value conflicts. What is important is that local authorities create space for citizens to make their voices heard and act upon it. Brazil used to be a good example of a country where citizen participation was broadly institutionalized.”

Herzog was awarded a 10 (!) for his Master's thesis, and he was voted best graduate of the Faculty of TPM. His supervisors praised his research in particular for the combination of research methods and the insights this produced. Herzog is very proud of his high mark and being voted best graduate. “I feel hugely honoured and grateful, this was totally unexpected.”

Even though he sometimes found his research a tough challenge, for the most part Herzog really enjoyed it. “I studied something that has never been charted in this way before. I brought various perspectives together and analysed them, and used this as a basis to develop a tool with a real practical application. So everything that interests me in research came together in my Master's thesis.” 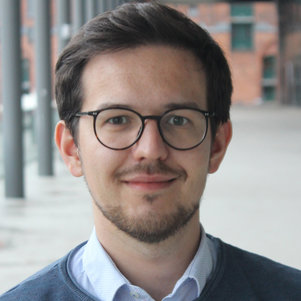