Cultural diversity and a mixture of people with different specialisations in a workplace can boost creativity and effectiveness. It can also lead to misunderstandings, stereotyping and misconception. TU Delft researcher Rens Kortmann studies what persuasive games can do to change that.

Kortmann: ‘It happens to all of us when we play a game. Whether it’s poker, World of Warcraft, or your favourite tabletop adventure. We find ourselves becoming immersed in the moment, caught in a flow between skillful understanding and the challenge of the experience. A rare instance where the rules of our ordinary world are lost. We are playing by special rules, with a unique opportunity to see new things for the first time. It is a most memorable experience. One you may not expect to be a tool for understanding the pitfalls of communicating across cultures.’

As part of his research, Kortmann uses a game called BaFá BaFá to help people experience hidden cultural challenges by changing the rules about how they interact. This game makes participants aware of the fact that fundamental cultural differences can affect their behaviour in an organisation. ‘A simulation game makes people aware of their unconscious behaviour and attitude, and that creates more understanding and fosters work relationships’, explains Kortmann. He played this game with groups of Master’s students at TU Delft who were part of multidisciplinary, multicultural project teams. The aim was to better understand how the games helped them, and to better understand the game itself.

A Game of Mixing Cultures

In BaFá BaFá, two cultures are created. There is the Alpha culture that is relationship-oriented, with strong group ties. Then there is Beta culture with its highly competitive, commercial inclinations. Participants are split into these two groups, learning the rules of their culture and how to live by them. Once they’ve mastered their own cultures, observers and visitors are swapped. The results can be mystifying and entertaining. One student wrote of the experience, ‘During the game, people from the other group would not understand what our culture was about. They tried to trade with us, but they had no idea what we were doing. This was very funny.’

Things were not so funny later, when they (capitalistic Beta) tried to communicate with the Alpha culture and were summarily rejected. ‘I tried to join in. I thought I had done it right, by asking someone about their family. However, for this I got sent away immediately. This was quite shocking and hurtful to me. I did not understand what I had done wrong and I felt ashamed for apparently having offended someone. This was the first time I really understood how culture can distort your perception of the world and close you off for other cultures.’

Kortmann: ‘We saw this type of response a lot: the game planted an embodied experience in most of the students. This means the game’s message was not only transferred at the cognitive level, but at the levels of emotions and physical experience as well. This is what makes games such powerful instruments for bringing about change in the way people think and act.’

While BaFá BaFá has been used successfully in hundreds of organisations worldwide for decades, its effectiveness is rarely studied on systematic level. Part of Kortmann’s work includes developing a method to measure changes in attitude that is brought about by playing the game. Kortmann explains: ‘Before and after the simulation participants answered questionnaires about their willingness to learn to understand a culture and to what extent they believe they are capable of dealing with differences in culture. Analysis of these surveys shows a significant learning from the BaFá BaFá experience. After playing the game, participants were more willing to learn to understand other cultures. It is also interesting that participants said they are less skilled than they thought they were before they played the game. They had discovered some of their imperfections. This game offers a chance for participants to question their own perceptions, and experience new emotions, in a safe environment.’

Games like BaFá BaFá are often called persuasive games and are frequently used in healthcare to stimulate people to adopt a healthier lifestyle. Kortmann says these transformational experiences are crucial to driving change. ‘After playing the game, the players have become ‘consciously incapable’: this is the first step towards being better equipped to deal with cultural differences in an organisation.’

Kortmann, and his fellow researcher, doctoral candidate Annebeth Erdbrink, add to the established theory of persuasive gaming with their backgrounds in cognitive science and social psychology. They test the effectiveness of BaFá BaFá using empirical research, providing a scientific basis to the field of persuasive game design. ‘This is much needed, while many persuasive game designers still mainly trust their gut feeling. Evidence-based design principles will likely improve the effectiveness of many future games. Also, I am looking forward to a time when these types of games will help bring more than just individual change. This method of analysis gives us a better way to test its impact, which is great. It brings us one step closer to our ultimate goal of defining design principles that help to create effective games that can bring about a change of behaviour in society.’ 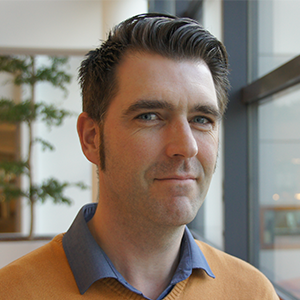 Rens Kortmann is an assistant professor in the department of Multi-Actor Systems. Annebeth Erdbrink is a doctoral candidate in the same department.