With just a few clicks associate professor Oded Cats empties the streets of Amsterdam of all cars. In a simulation model, that is. ‘Now what if we ban Uber? Or allow only trams or bike sharing services?’ From his office in the CEG faculty building Cats is experimenting with a complex computer model creating a wealth of different virtual transport scenarios. He specifically looks into new modes of shared mobility, as they have brought a whole new dynamic to our cities.

The thought that there must be more efficient ways of managing transport is one that Cats has been entertaining since his youth in the suburbs of Tel Aviv. The long commute to school and back annoyed him but from frustration a lifelong fascination with transport design was born.

Fast forward a number of years and co-director of the Smart Public Transport Lab at the Transport & Planning department is taking on the complex transport challenges that beset most large cities. Cats’ computer models can generate any conceivable scenario and provide insights into what happens to a city when its car and public transport streams are re-designed. That knowledge has become essential for (local and regional) authorities and public transport operators grappling with transport policy in an increasingly complex playing field. Parties such as Uber, and the development of self-driving cars are revolutionising the face of traffic management in big cities. 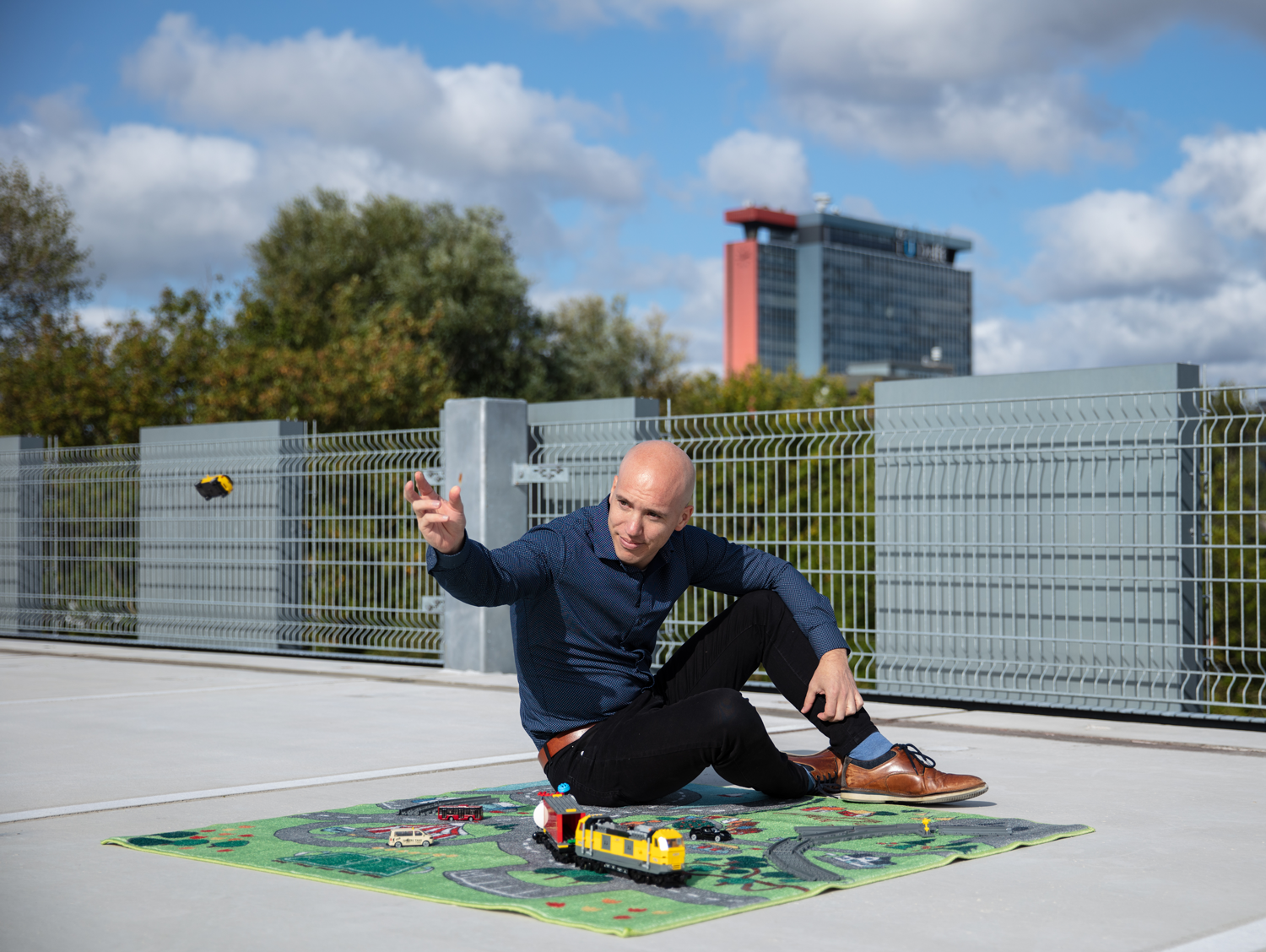 Solution or part of the problem?

For a long time transport policy centred on cars versus public transport. The government devised plans to promote the use of trains and buses and discourage car use. And then suddenly all these services popped up, like Uber, GreenWheels and Mobike, and turned things on their heads. All these modes of shared mobility have brought a whole new dynamic to the cities, with apps and platforms that allow both users and providers to become more adaptive. Cats explains: ‘Suddenly a bike is shared by lots of people and car owners may occasionally offer free seats for ride-sharing. That means users have access to more flexible, on demand forms of transport and no longer only depend on the rigid timetables and fixed locations of trains, buses and trams. We no longer have to own a car or bike to use one.’ But this does lead to new and urgent questions that have to be answered: are these services part of the solution or part of the problem? Should the authorities encourage or regulate them? How do you find out? ‘That is what ‘Mobility as a Service’ is all about (see box). This is not just about shared mobility but about flexibility and ownership.’ 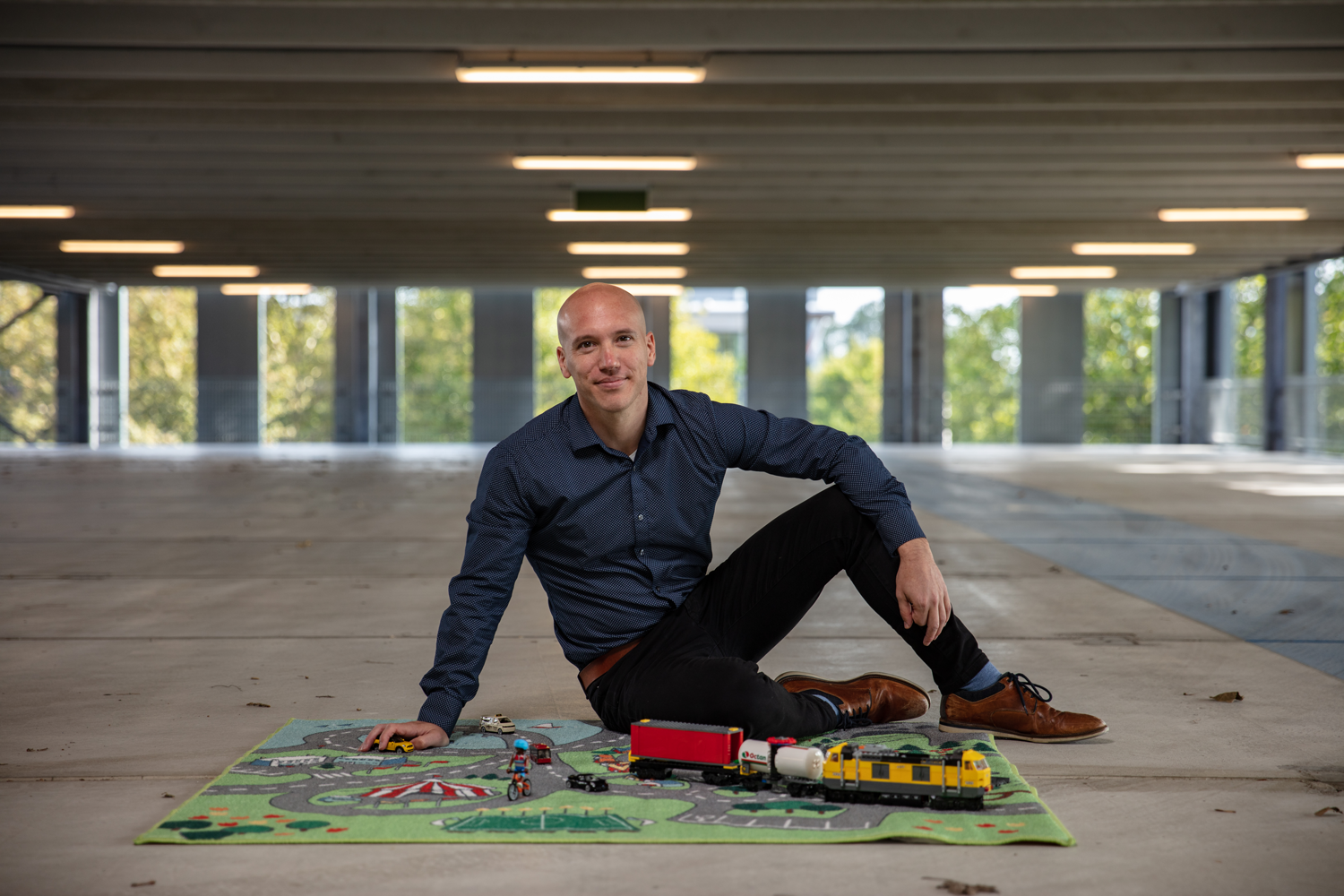 The challenge for the authorities is to figure out how to manage the interaction between public transport and the new services, Cats says. ‘One of the ways of doing this is to examine different scenarios. What would happen, for instance, if we were to allow the unlimited introduction of the new services? Or ban cars from our  cities? Such scenarios cannot be tried out in practice for a week or two, of course.’

That’s why Cats and his colleagues devised a model to answer these questions. It took them a long time because to create a model such as this requires a lot of data. An awful lot. ‘We chose Amsterdam as our virtual city and then we set about collecting all kinds of data, from the various types of public transport, capacity and the number of journeys to maps and travel schedules.’ Cats’ research team combined this data with information they estimate and infer about behaviour and user preferences from experiments and past choices. ‘There are many factors that come into play. Are people prepared to share a vehicle for part of their journey? Are they ok with a detour? Are they willing to use a car that they do not possess?’ By combining all the data Cats came up with a model that incorporates known wishes and demands of all types of users.

A tenth of all cars

Cats moves from one model or example to another with lightning speed. On the screen of his laptop dozens of little dots are moving simultaneously. Each command has a direct influence on the scenario, leading to some interesting insights. ‘If you were to combine self-driving vehicles with a properly organised metro system the city traffic would run smoothly with only a tenth of the number of cars. However, every self-driving car would make many more journeys,’ Cats explains. ‘But remove the metro system and we would all be facing longer journeys.’

And then there are the examples that have not been used to create the models but that Cats is familiar with from experiences outside the project. In Washington DC, Cats says, the public are automatically reimbursed if the metro is late, a measure that could well lower the threshold for reluctant public transport users. ‘And it also keeps the transport companies on their toes,’ he adds. One thing is certain: for Oded Cats the world can always be organised much more efficiently. 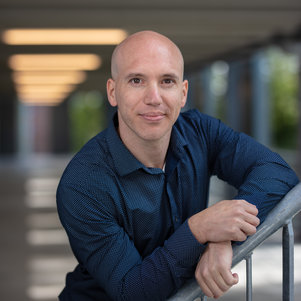 Mobility as a Service (MaaS) is the result of an ever-more dynamic relationship between providers of transport and user demand. MaaS breaks the boundaries between individual ownership and the collective use of travel alternatives. At TU Delft, Oded Cats works closely together with Konstanze Winter, Jishnu Narayan and Rafał Kucharski on the development of the Amsterdam case in agent-based simulation models.

The Smart Public Transport Lab develops new solutions and methods to improve public transport planning, operation and management. It carries out research which contributes to the development of more efficient, sustainable and resilient multimodal transport systems.