When Covid-19 struck, Anteneh Tesfaye Tola worried about family and friends in Ethiopia. Supported by the Delft Global Initiative, he could take some time off from his PhD research to focus on developing design guidelines for the setting up of emergency medical facilities in Ethiopia. In that way, he was able to assist his country from afar.

At the beginning of 2020, Anteneh Tola was hard at work trying to finalize his PhD research on rapid urbanization and housing in the global South. Then Covid-19 reached Europe. ‘Over here we were getting guidelines and regulations on how to deal with Covid, but in Ethiopia most people were not aware of the virus yet. So I started warning people through social media and phone calls. As a member of the Association of Ethiopian Architects (AEA), I also reached out to colleagues in Addis Ababa. Back then, we were in a bit of a panic, fearing that there would be millions of victims. Looking at what was happening in countries like China, Spain, Italy and the US, you could only imagine the worst’, he remembers.
‘We reckoned it would be a good idea to prepare guidelines on how to set up emergency medical facilities in Ethiopia, something the Ministry of Health was also trying to figure out at that point.’ Tola mustered all the (online) help he could get, collecting existing guidelines from the WHO and other organisations, and getting in touch with medical professionals and architects. ‘People were concerned and wanted to help, so we were able to crowdsource professional assistance from across the world. The executives at AEA also made sure we kept in touch with local officials and updated them in the process, so they would develop trust in what we were doing.’ Together with a number of fellow architects, he converted all the information into documents with clear drawings and technical explanations, and made them publicly available. ‘We covered subjects like how to deal with entry points such as airports, how to organise facilities for testing, treatment and quarantine, and how to deal with mobility across cities – all this in the context of Ethiopia.’ 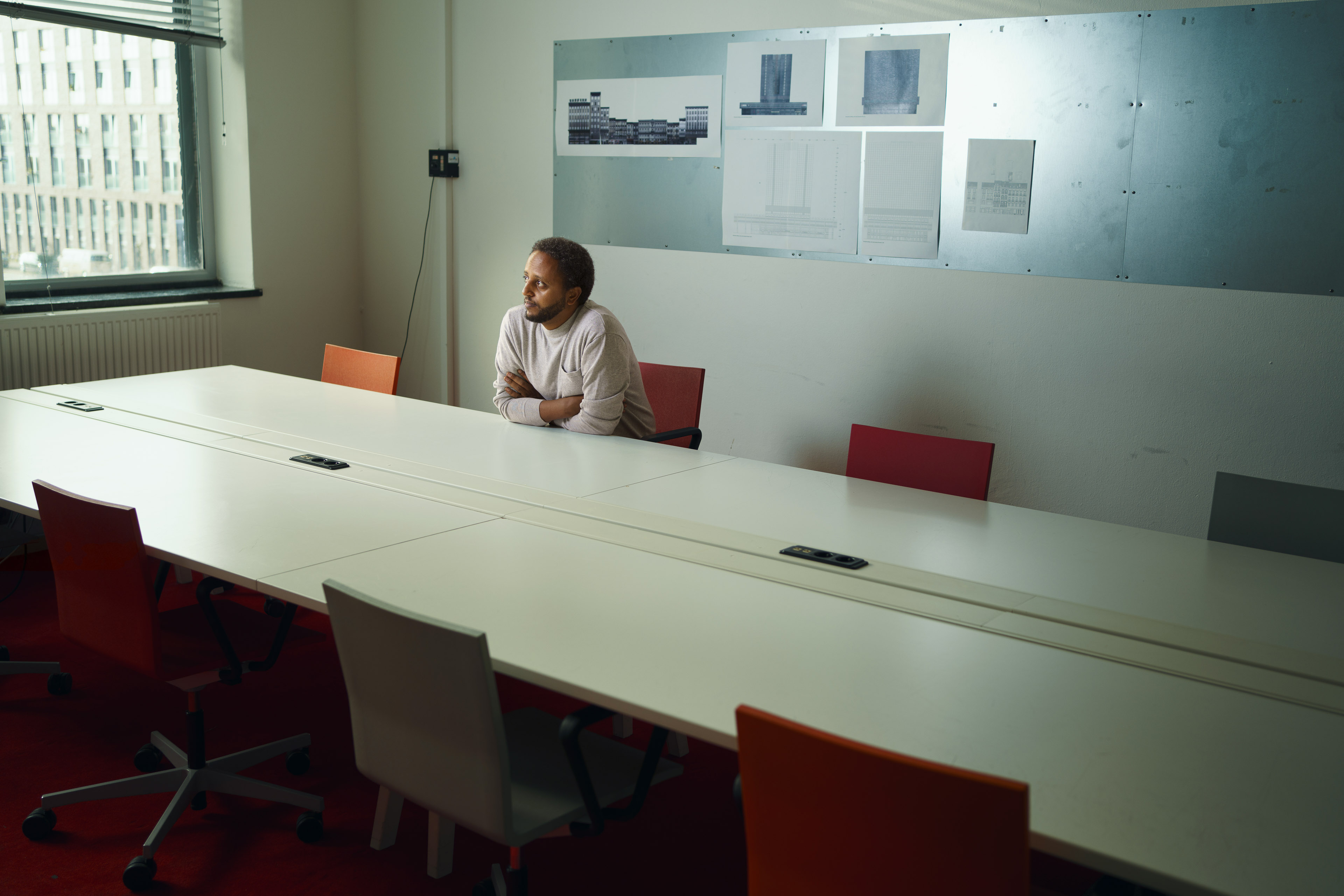 The initiative was met with widespread approval. ‘Our recommendations were accepted by the Ethiopian Ministry of Health and are now in use. They were also made available through the website of the International Union of Architects, and we were commended for them by the American Institute of Architects, among others. Moreover, we were approached by professionals from other countries e.g. Zambia, who have adapted the information to their situation.’ The methodology developed to prepare these how-to guidelines for medical emergency facilities, has since been adopted as a working model for the organisation of other functions, such as markets and schools.

Tola stresses local context is paramount when dealing with Covid-19. ‘In Europe, people are already well distanced, because of the physical environment and the way of life. If you look at Addis Ababa, you are in close proximity with other people on a daily basis, because of the population density and working and living conditions. The infrastructure is different, there is no cheap and reliable internet, and not many jobs can be moved online.’ So while government offices are closed and civil servants are working mostly from home, for the majority of people going in to work is a matter of making ends meet from day to day. ‘A general lockdown was never even argued for. Instead, mobility was scaled down and testing was increased, but the economy had to keep going.’

He did all this working from home in his student room in the shade of the Architecture Building, the same room where he is now continuing his PhD project. His ties to Delft go back to 2012. Tola was chairholder in Architecure and Design at the Ethiopian Institute of Architecture, Building Construction and City Development (EiABC) when Professor of Dwelling Dick van Gameren (now Dean) contacted him. ‘He was trying to organise a design studio as part of the research on global housing. So we started hosting students from TU Delft, who would do field work and studio design exercises together with students from EiABC. I would visit Delft to review their graduation projects and take part in in seminars.’

When Tola came to Delft as a visiting lecturer, he got in touch with the Delft Global Initiative and received funding for his current PhD project, supervised by Dick van Gameren. ‘The increased need for housing in Addis Ababa means communities that have been in the inner part of the city since its founding, are being relocated to the periphery. Their neighbourhoods are rapidly being demolished to be replaced by foreign models of housing, like apartment blocks. My research focusses on how to deal with increased housing needs, while we improve the housing infrastructure of the poor, but also maintain their social life and existing economic structures that evolve around strong neighbourhood bonds. How can we accommodate all these needs and requirements through design and research?’

‘At the end of my second year, we also received funding for another project, called Addis Ababa Living Lab. As part of this project, actual prototypes are planned to be built, in collaboration with local architects and government bodies such as the Addis Ababa City Administration bureau for housing and the Federal Housing Corporation. They all welcome the opportunity to incorporate our research output in their usual work, so together we are working to see how we can make an impact on the ground. Also, the Ethiopian government has recognized the challenges of resettling communities, especially the urban poor who currently depend on living in central areas.’ 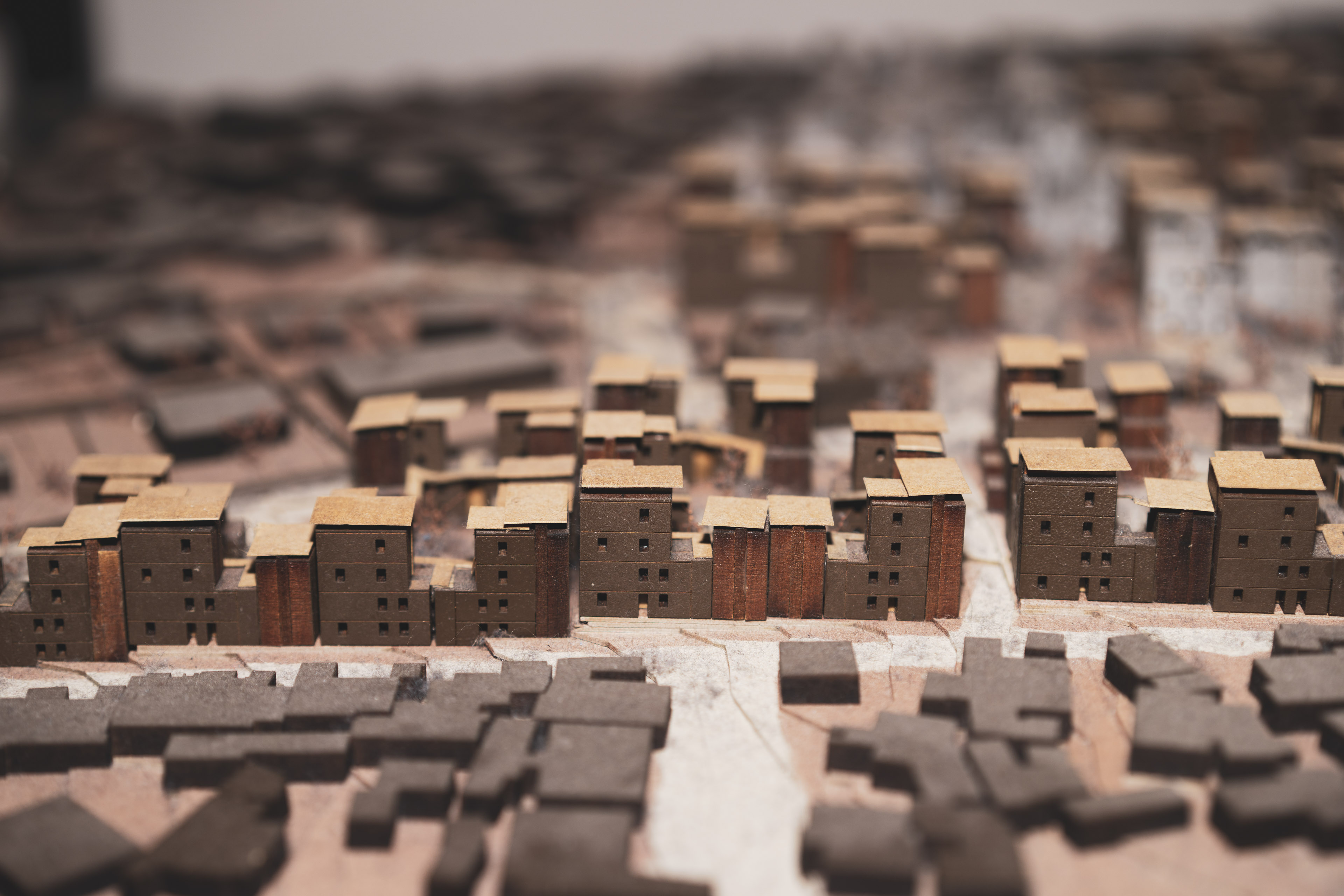 ‘While this is taking place in the Ethiopian context, there are resemblances with other African cities and cities in the global South. So we intend to not only find solutions for Addis Ababa, but to have a regional discussion on how to deal with rapid urbanisation and housing provision that respects and benefits the urban poor. I have been committed to this for a long time, and I mean to keep at it. Eventually, I will return to Addis Ababa, where I will be better able to engage directly. But my collaboration with TU Delft will hopefully continue. A lot has already been achieved, in part thanks to Dick van Gameren’s long-term commitment to this subject.’

First, Tola is focused again on obtaining his Doctorate. ‘I was supposed to finish in July 2020, but because of Covid-19, I had to cancel a final trip I had planned for an event to exhibit part of the work. I wanted to invite local experts to scrutinize and comment on my research. I am now planning to finish in January, though the circumstances still won’t allow a feedback event. That is why I had to change some of my methodological approach. At the start of the crisis though, I was trying to juggle both my research and my work on emergency medical facilities, so that was stressful. I am thankful that the Delft Global Initiative was supportive and gave me an extension.’

My research focusses on how to deal with increased housing needs, while we improve the housing infrastructure of the poor

It wasn’t only his research that was impacted. ‘We all have to compromise on a personal level due to Covid-19. I like meeting people in the office. Living just across the office, I can go there and work to get a change of environment, but I will be all on my own. I was also playing football at X, with people from TU Delft, and IHE-UNESCO. And playing squash with friends and neighbours. None of these things are possible and that has an impact, not just on your fitness levels, but also mentally.’ Added to that is the fact that he is far from home during a crisis. ‘My parents and siblings are over there, and I do worry about them. Being at a distance doesn’t help much, even though I could be of more help down here.’

No scientific explanation yet

Meanwhile, the virus has not hit Ethiopia as hard as he feared. ‘There was a great sense of urgency when we jumped in. As it turns out, existing medical facilities are still being overwhelmingly used. However, the actual numbers compared to population size are not so bad. It is kind of surprising that the spread of the virus didn’t take off in Africa in general, like it did in the US or Europe. We don’t know yet what the scientific explanation is, but the official numbers are not as high as elsewhere. In the coming years we will probable find out if the number of young people will have helped, or if diet or other lifestyle factors had impact. Africa has been hit with many viruses and diseases over time, so maybe people also have a greater innate immune response, or the infrastructural, and logistical setups against previous epidemics may have become useful cultures for today. Or perhaps we find out that many cases have simply gone untested. Time will tell.’ 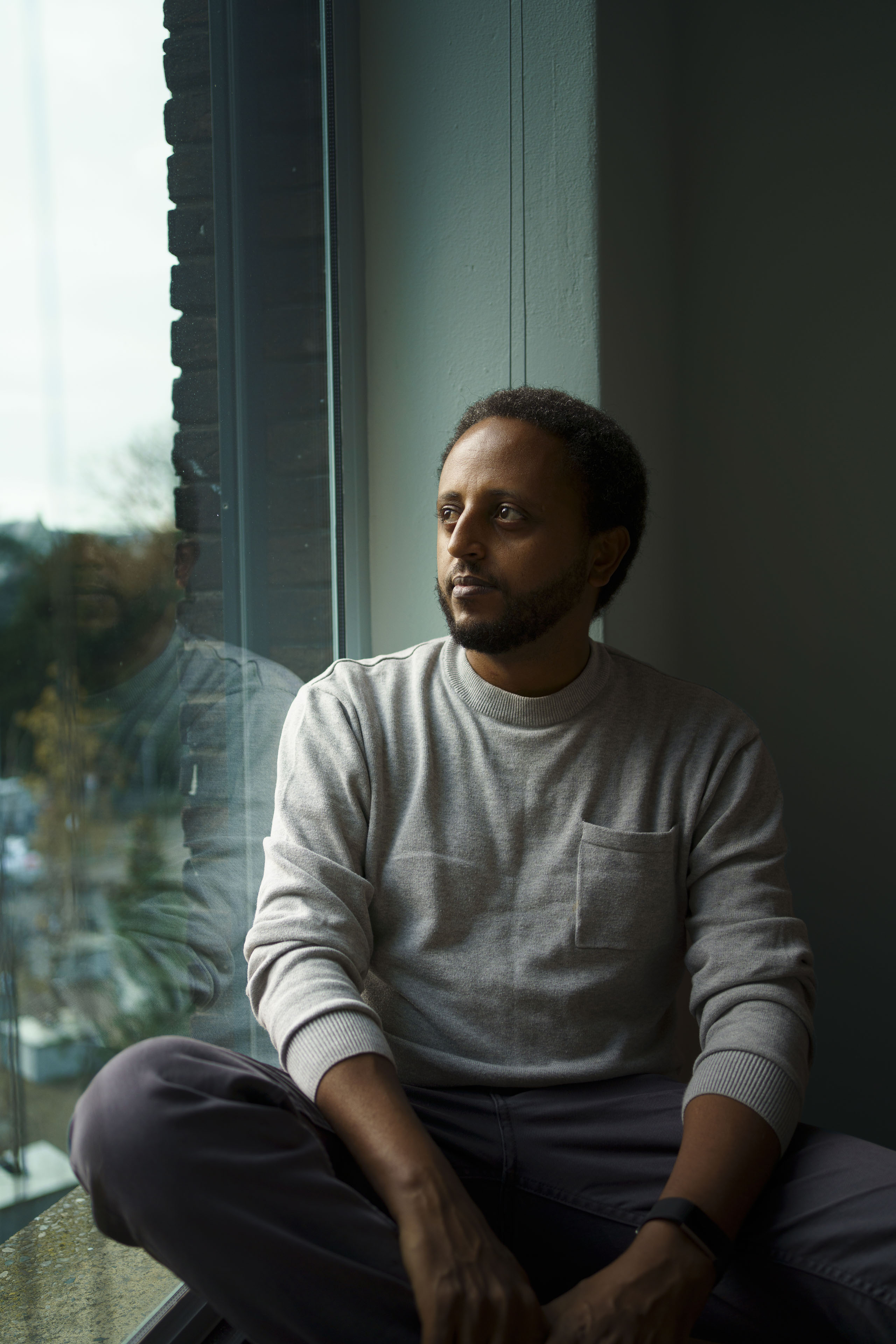 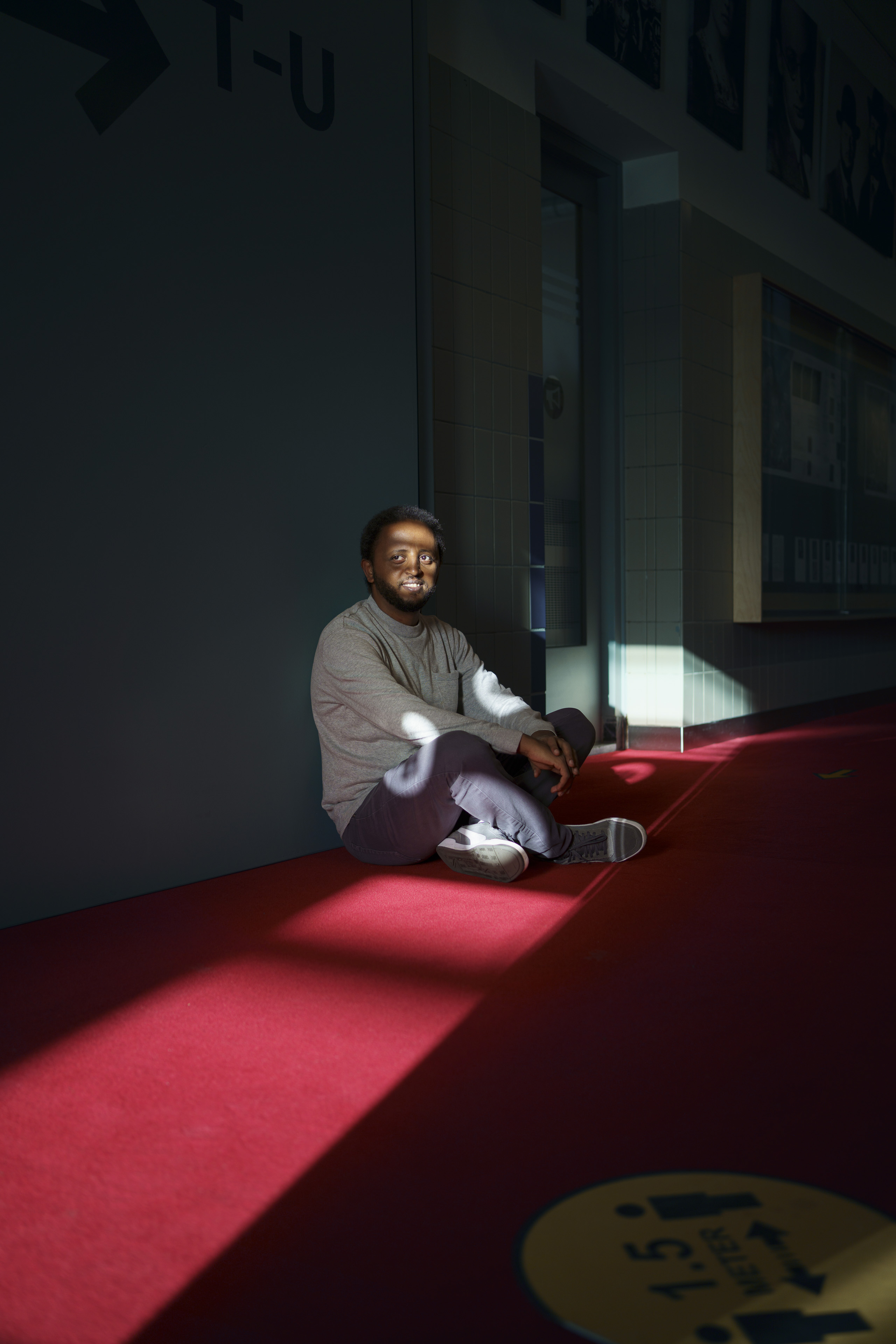 The impact of algorithms