The Human Power Team, a student project of the TU Delft and the Vrije Universiteit of Amsterdam, tested on Sunday 5 August their new aerodynamic bicycle: the VeloX 8. On the runway of Air Base Woensdrecht, where normally F-16s taking off, Jennifer Breet and Lieke de Cock reached a speed of 74 kph. The ultimate goal is to break the world record of 121.8 kph in September, in the Nevada Desert.

Stephanie Wiechers, team manager of the Human Power Team and student Aerospace Engineering at TU Delft: "We are very proud that we have cycled 74 kph. This is very promising for the record attempt. In the Nevada Desert we have a longer road at our disposal, so we will have more time to reach top speed. The record attempt will not take place at sea level, so the air density and air resistance will be less."

High-tech bicycle
The high speed is mainly possible due to the streamlined design of the VeloX. "On a regular bike you will be slowed down by the wind," says Wiechers. The team worked this year to limit the air resistance. "We made the bike fully custom for the athletes and as aerodynamic as possible. There is also space saved because of a new and compact switch system. This is the smallest bike we've ever built. The VeloX shows similarities with the shape of a ball and does not have a window, because that is fatal for the aerodynamics."

Human Power Team
The Human Power Team is a student team that exists since 2010. Every year they build a special bike with the aim to push the limits of human potential. "You need more that a special bike to ride so fast," says Wiechers. "It really goes about the combination of people and technology." The cooperation between students of Human Movement Sciences of the Vrije Universiteit of Amsterdam and the engineering students of the Delft University of Technology is a very important condition for success. 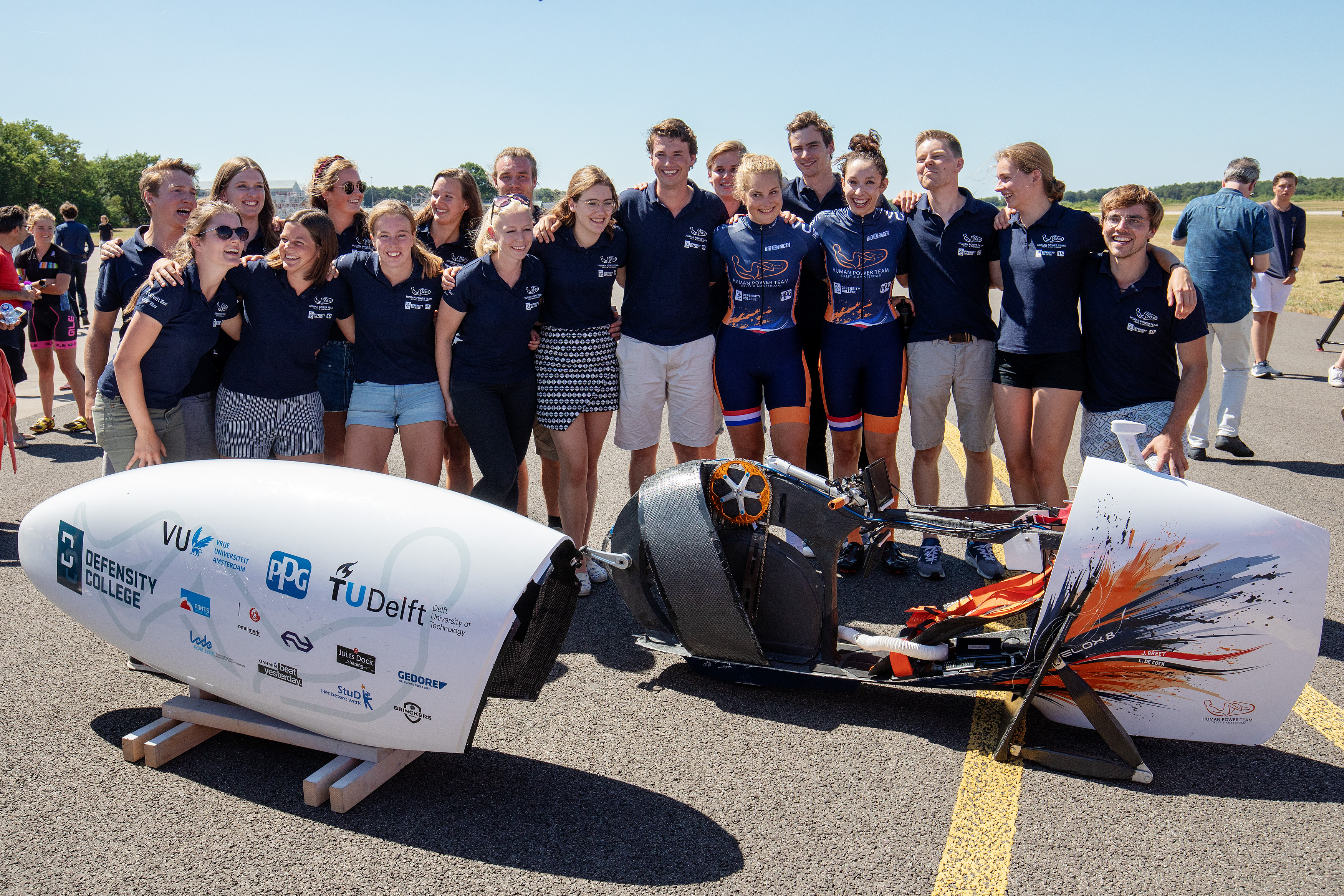