Despite its recent growth, there’s still a lot of room for cost reductions in wind energy. That’s the view given by prof.dr. Simon Watson in his inaugural lecture at TU Delft on Friday March 2nd. Watson succeeds pioneer and figurehead Gijs van Kuik as professor of Wind Energy Systems in Delft.

Growth
‘Wind power has seen extraordinary growth in the past 30 years’, says Simon Watson, professor of Wind Energy Systems and Director of the DUWIND institute at TU Delft. ‘Europe, in particular, has embraced wind power and in the first half of 2017, 11.5% of the EU’s electricity demand was covered by wind energy.’

‘In more densely populated areas such as the Netherlands, we have seen a push towards the development of wind power at sea. The first offshore wind farms were much more expensive than their cousins on land, but recently a number of developers have proposed to develop offshore wind farms at prices which in some cases would not require public subsidy.’

Innovation
Whether such schemes will be built out, will depend on a range of future innovations in the wind energy sector, says Watson. These innovations are critical for further growth of wind energy (wind still covers only a very small percentage of the total energy demand in the world, between 1 and 2 %). But according to Watson, there’s still much room for further cost reductions and innovation in wind energy. ‘Starting with the wind conditions, the use of advanced statistics and computer modelling techniques can be used to understand potentially complex wind phenomena which affect the performance and longevity of wind turbines. Understanding the interaction of the wind with the turbine is important in optimising energy capture and reducing turbine loading. This could be achieved by improving blade dynamics, optimising control and minimising wake interactions.’ 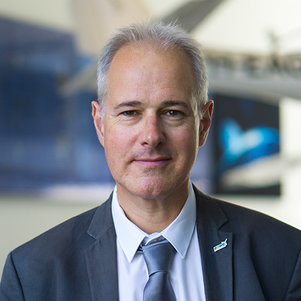 Integration
‘Operations and maintenance contribute almost one third of the cost of offshore wind energy. The smart use of data from turbine sensors and advanced modelling can be used to provide proactive and predictive maintenance which is key to cost effective operation.’

‘Another key issue is integration. As wind energy provides an increasing fraction of Europe’s electricity needs, the challenge of its variability presents an opportunity for researchers to consider how to integrate the power from large offshore wind farms into our networks through interconnection, demand side management and energy storage.’

Ambitious targets
‘The Dutch government has very ambitious targets to reduce greenhouse gas emissions to zero by 2050. Offshore wind power will play a large part in this so much remains to be done’, Watson continues. ‘TU Delft and DUWIND are well placed to lead the required research and development to deliver this target through innovation and cooperation. In that same spirit of cooperation we have also launched an exciting new Dutch initiative: the Dutch National Doctoral College in Offshore Renewable Energy under the forthcoming PhD@Sea Programme.