Are we unravelling Alzheimer's disease in Delft?

As our average life expectancy rises, an increasing number of people are developing Alzheimer’s disease. In 20 years’ time, 500,000 people in the Netherlands are expected to be affected by this brain disease, which is still incurable. Reason enough to focus on research aimed at fathoming Alzheimer’s. TU Delft researchers are playing a leading role in this. 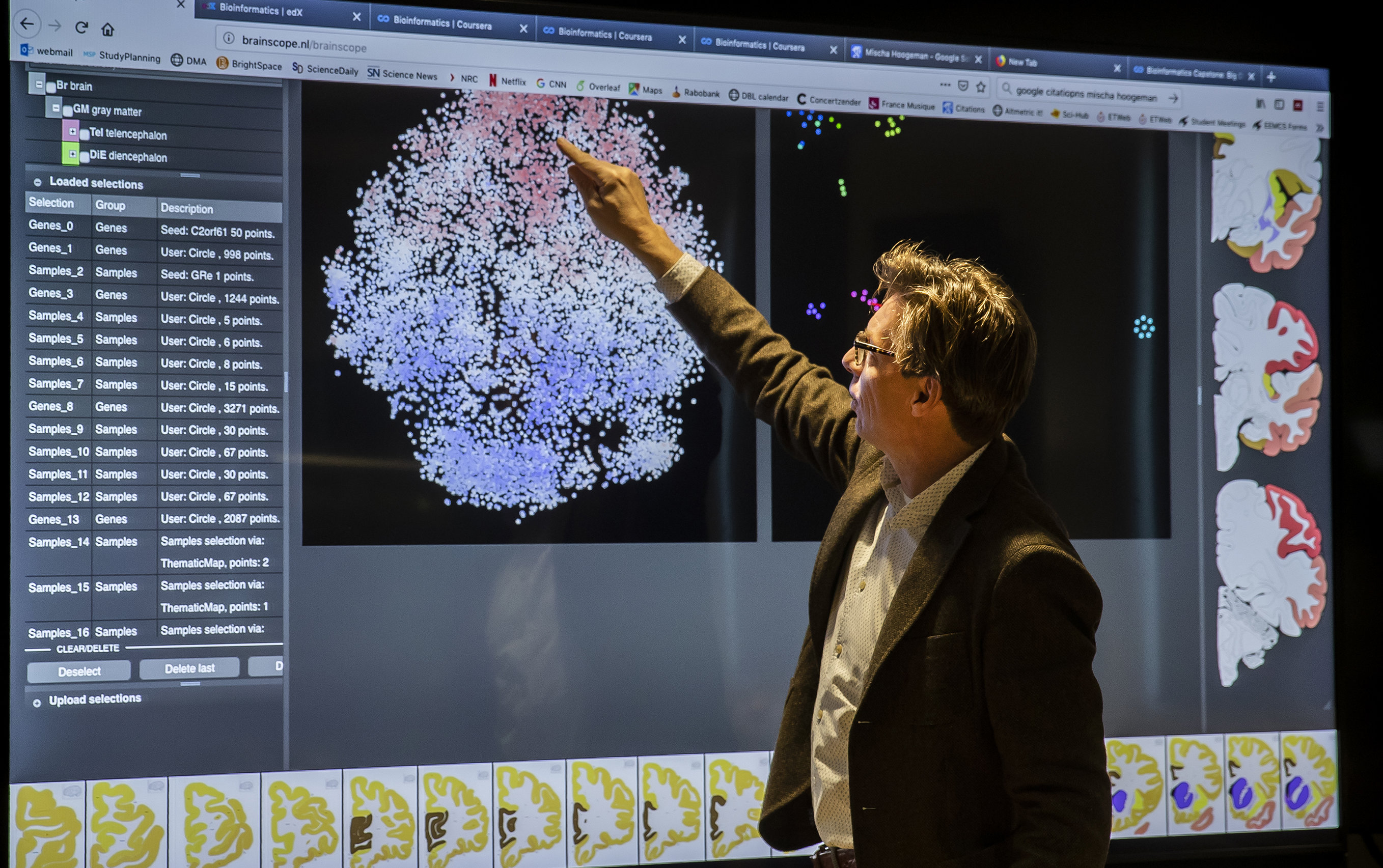 In order to discover what exactly goes wrong in the brain of an Alzheimer’s sufferer, researchers compare the DNA and protein data of Alzheimer’s patients to those of people who do not have the disease. The research group of professor Marcel Reinders, affiliated with the faculty of Electrical Engineering, Mathematics and Computer Science (EEMCS), works together with the Alzheimer Centrum Amsterdam, Amsterdam UMC.

Centenarians without dementia
Their joint approach is unique as it focuses on people who at a very old age appear to escape: centenarians without dementia. Dr. Henne Holstege heads this research at the Alzheimercentrum: “The data is collected in Amsterdam, and algorithms are subsequently developed in collaboration with TU Delft in order to discover patterns in these data.”

Algorithms against Alzheimer's
“Most of the research questions and the variables that we deal with are new and have never been examined,” explains Marcel Reinders. “That means that we constantly have to think about how we can arrive at an answer and how the algorithm should look. As a research team, it helps if you have an understanding of biology and of the material you are working with.

Acceleration is necessary/crucial?
The research has already produced results. In 2017, TU Delft contributed to the discovery of specific deviations in a gene that could be a strong indication for an individual to develop Alzheimer’s. Reinders: “We are making sound progress, but we need to accelerate our work. Additional computers, people and particularly the use of the latest data analysis techniques will put us in the position to achieve a great deal more, and faster.”

Read more about the research of Prof. Marcel Reinders