The Vattenfall Solar Team revealed their three drivers who will be driving their newest solar car NunaX during the World Championship in Australia this fall. At circuit Zandvoort these three brand new solar drivers raced each other in a competition for the right to drive the qualifications prior to the Bridgestone World Solar Challenge. Tom Salden was the fastest driver and even set a record.

Max van der Waals, Maxime Croft and Tom Salden. Right now they are just some relatively unknown students of the Delft University of Technology, but this will soon change. These three students will drive the self built solar car of the Vattenfall Solar Team 3000 km through the Australian outback. An honor, but no easy task. With a record of seven world titles the bar is set high again for this year. 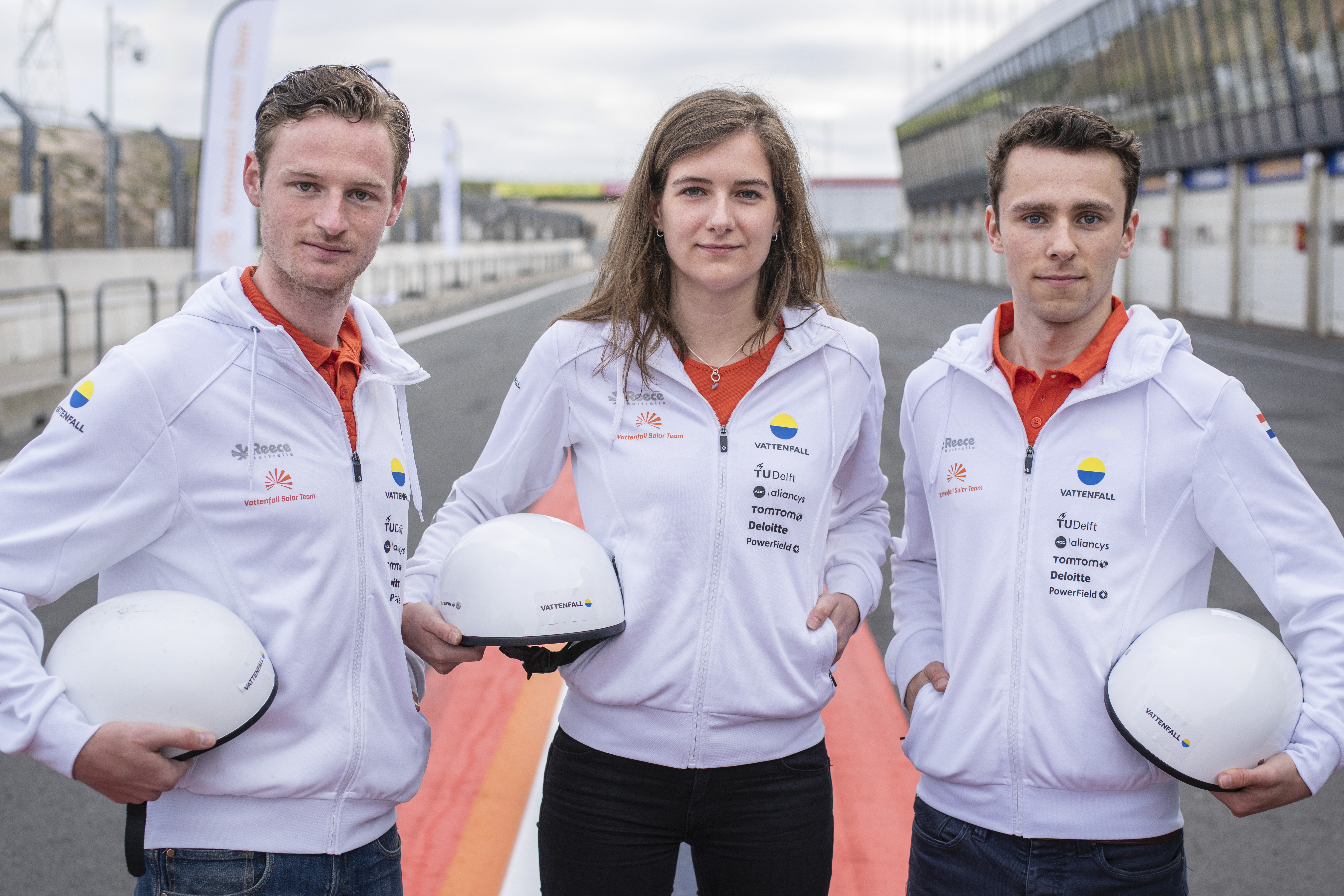 Solar racing in the Netherlands

Today the drivers were officially revealed to press and public. At circuit Zandvoort these students drove their first official rounds as solar drivers during a unique race. They competed for the right to drive the qualification prior to the World Solar Challenge.

Former Formula 1 driver Giedo van der Garde gave the starting sign for the race. Van der Garde: 'It's a big team and a big challenge. It is incredible to see how passionate these students are. They really know what they are doing. They will give it their all during the race, which will be necessary to defend their world title.'

The latest solar car - NunaX - is being produced at the moment, so the previous solar car, Nuna9S, was prepared specially for the race. Each driver drove a lap around the circuit in this solar car, which has a few titles on its name. The qualifications were imitated as much as possible to prepare them for the challenge. It was Electrical Engineer Tom Salden who drove the fastest lap. He will be competing in the qualifications in Australia to determine their starting position during the World Solar Challenge.

Can anyone become a driver?

What is the team looking for in a driver? 'Wel first of all you have to enjoy it', explains Aerodynamic Engineer and driver Max van der Waals. 'But of course we take care to measure our drivers thoroughly. The smaller our drivers are, the smaller the cockpit of the solar car can be and thus the better the aerodynamics of the solar car are.'

Solar racing is a team sport

The Vattefall Solar team has sixteen team members, so not everything is about the drivers. 'Racing in Australia requires a lot of teamwork' says team leader Maud Diepeveen. 'The driver is of course steering the car, but there is a lot happening behind the scenes and the drivers task is only a small part of the whole operation. The other team members are driving along in a convoy and amongst others take care of the racing strategy, keep an eye on the weather and clear the road. Today they drove along to practice for the race.'

Since these were the first ever recorded solar car lap times at circuit Zandvoort, Tom's time will go down in history as a record.