Miguel Bessa, researcher at the department of Materials Science and Engineering and Richard Norte, researcher at the department of Microsystems and Engineering have been awarded an Interstellar Initiatives Grant from the Limitless Space Institute. The award is for their research ‘Origami Photonic Crystal Sails with Machine Learning’. Their research focus is about the development and demonstration of nanoscale origami photonic crystal membranes using data-driven machine learning. The Limitless Space Institute recently awarded the researchers a grant to get this origami mirror technology off the ground for uses in space optics, communications and ultra-fast propulsion of space probes with radiation pressure.

This collaboration is centered on the combination of Richard Norte’s nanophotonics with Miguel Bessa’s expertise in machine learning designing for origami structures. This new research route came about nearly a year ago when Miguel and Richard received a Cohesion grant to begin their scientific collaboration. The research is now looking into how machine learning optimization can be used to optimize nanotechnology in a way that would be difficult to conventional, intuition-based techniques.

Richard Norte: “Our idea focused on bringing together my nanomechanical design and fabrication with Miguel's machine learning algorithms, which we launched via the cohesion grant last year. Using these methods we are now producing some of the most sensitive MEMS technologies to date."

Richard Norte and Miguel Bessa are currently manufacturing the world’s most lightweight mirrors that are manufactured from nanometre-thick films of glass, which are naturally only about 30% reflective.  These mirrors are some of the thinnest and most flexible mirrors ever made because of their thickness of only 50nm – equivalent to 1/1000th the diameter of a human hair – and an ability to reflect 99.9% of light that reflects from it. By patterning these materials at a nanoscale, Norte and Bessa change these films from a thin sheet of glass into a super-reflective material not found in nature but engineered in a cleanroom.

The mirror is so thin and lightweight, that when the light reflects off, it can actually push the mirror and make it move like a sail. This is called radiation pressure. While in everyday life it’s hard to feel the physical pressure of light, (like say from the sun), these nanoscale mirrors are lightweight enough that they can be pushed with light reflected off of them. These type of mirrors and our ability to manipulate their motion with optics is finding unique applications in sensors, computing, and even as ultra-thin sails for interstellar travel.

One of the main limitations of these types of mirrors is that we can only push them with light. But what if we wanted to implement even more exotic manipulations like giving them torque and spin? The ability to induce spin in these mirrors are becoming a crucial capability in space missions and optical sensors. In order to do this we’ll be using new origami designs at the nanoscale which can be pushed and pulled with light. 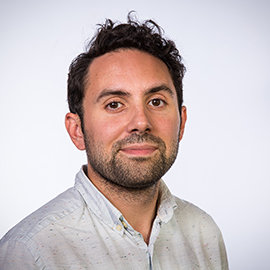 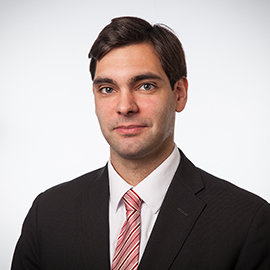