Marleen and Sjoerd graduated at the Flying-V: what was their contribution?

This summer, aerospace Engineers Marleen Hillen and Sjoerd van Empelen both graduated on the Flying-V. Their graduation research contributes to the scientific research agenda Flying-V with which TU Delft, together with partners from other knowledge institutes and companies, is working on the scientific foundation of radical aviation technology aimed at making aviation more sustainable. How did both students contribute? 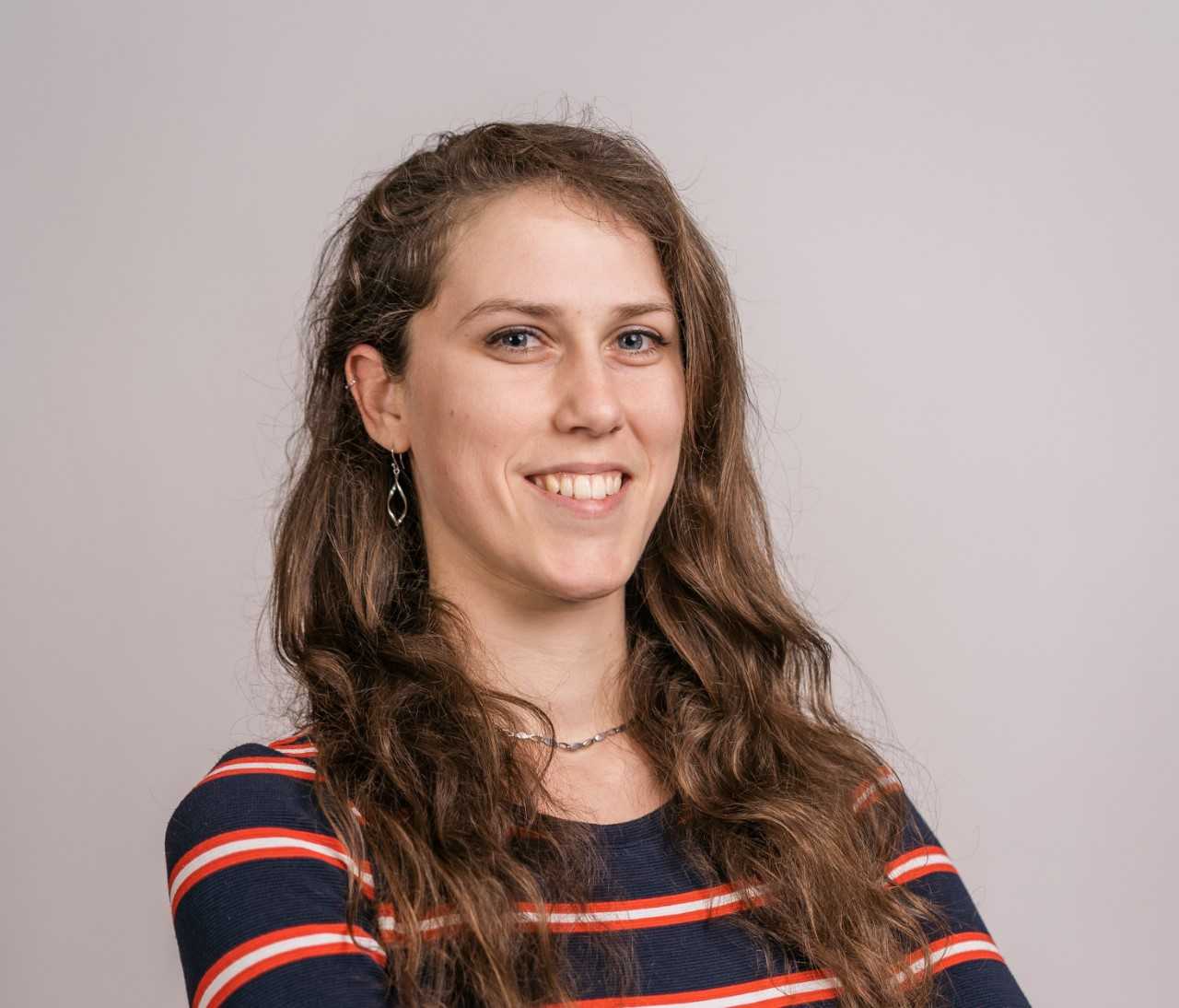 We will continue to hear and see a lot of the Flying-V in the near future.

Marleen Hillen graduated in 2020 on the Flying-V. Her assignment: program a geometric parametrization of the Flying-V and come up with an aerodynamic interpretation of it. Not an easy task. Hillen: “The biggest challenge around the parametrization of the Flying-V, was to take the combined fuselage and wing arrangement of the aircraft into account. When designing a wing for a standard aircraft as an engineer, you can focus on the flight characteristics of the wings. However, when deciding on the wing shape of the Flying-V, you need to account for the space for passengers and freight. After all, they are also located in the wing. This makes the Flying-V truly unique.” Marleen’s graduation research lays a good foundation for further research into the aerodynamic optimization of the aircraft design. An important question is by how much will the efficiency be improved through this particular aircraft shape. Marleen believes we will continue to hear and see a lot of the Flying-V: “It is wonderful that this aircraft is completely different from the standard configuration of the aircraft we now fly with. The design is very promising.”

Marleen Hillen, MSc Aerospace Engineering graduated in the track Flight Performance and Propulsion at TU Delft. It was her interest in the aircraft design subjects that made her choose the Flying-V as a graduation topic. Prior to that she obtained her BSc Aviation at the Amsterdam University of Applied Sciences. 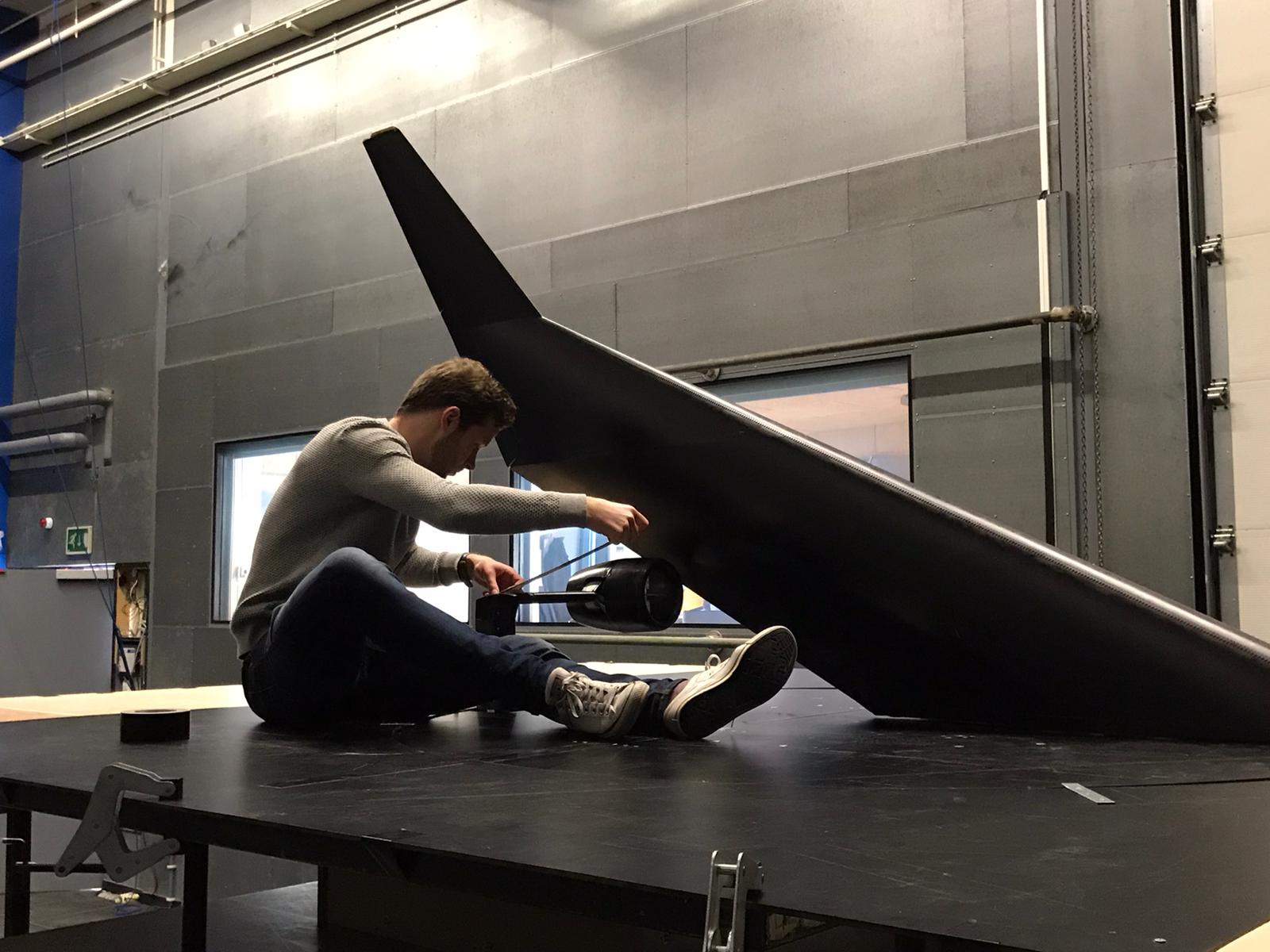 Hopefully, we will see the plane fly full-scale someday in the future

Sjoerd van Empelen also completed his graduation thesis on the subject of the Flying-V in 2020. He verified and validated an aerodynamic model of the Flying-V. When Van Empelen started his graduation, there was already a scale model of the Flying-V (1:20) with which the team wanted to do wind tunnel tests. The main goal was to investigate how the aircraft’s wings and engines would behave in the wind tunnel. It was especially important to test the parts together to see if this resulted in a different behaviour than when the wings and engines were tested separately.  The entire aircraft was too big for the wind tunnel, so Sjoerd finally did the aerodynamic tests with a half model of the Flying-V. The results were good, but Van Empelen and his supervisor Roelof Vos ( the project leader of the Flying-V) did see that the model was unstable from certain angles of attack. When an aircraft takes off in a steep angle (a large angle of attack) this can cause a ‘pitch-up’ where the nose rotates upwards steeply. This has an influence on the stability of the aircraft. By placing the engine in different places on the wing, this pitch-up reaction changed.

The student found the practical part of the project particularly enjoyable. First, he had to laminate the nacelle, the housing of the engine, himself, after which he could take the measurements in the wind tunnel. Van Empelen: “One of the biggest challenges was the strict deadline. You only have a short time slot in the wind tunnel, so you have to prepare every single detail in advance.” Van Empelen’s research provides a solid basis for further extensive research into the aerodynamic behavior of the Flying-V’s landing gear and winglets.  Meanwhile, the Flying-V has been further developed and the first test flight has successfully taken place. Sjoerd is happy that he was able to contribute to it. “Hopefully we will see the plane fly full-scale someday in the future!”

Sjoerd van Empelen gradudated in 2020 as an aerospace engineer from TU Delft. He did both his BSc and his MSc at the faculty of Aerospace Engineering. His passion for flying started years before his time in Delft. He’s been a glider pilot for a very long time.

More information on the Flying-V