One of the most fascinating and important properties of living cells is their capacity for self-organization. By talking to each other cells can, among other things, determine where they are in relation to each other and whether they need to turn certain genes on or off. Thus, large groups of cells are able to work together and organise into all kinds of tissues. Researchers at Delft University of Technology have now developed software that can predict and visualise conversations between cells on the basis of the molecules involved. Their program enables more efficient tissue engineering (the artificial cultivation of tissues and organs) and contributes to our understanding of living cells.

The ability of cells to talk to each other is essential for life. It plays an important role in the development of embryos, for instance, in which cells can determine through pattern formation whether they should become brain cells, muscle cells or skin cells. Groups of cells can steer their own development by exchanging molecules with each other and using that information to form patterns.

Dialogue
A pattern is formed when certain genes are active in some cells while they are switched off in others. ‘This process is controlled by the exchange of molecules', explains researcher Hyun Youk from Delft University of Technology. 'For example, a cell sends its neighbour molecule A, which tells it to activate a certain gene. The neighbouring cell can then reply by sending back a molecule, or it can send the same - or another - molecule to a different neighbour.'

Thus, a kind of 'cellular dialogue' is initiated in a group of cells that takes the form of a pattern. Such patterns can be visualized by colouring the cells based on which genes they have switched on or off,' explains Youk. Groups of cells can organize into all kinds of static and dynamic patterns, for example a kind of zebra crossing or a moving spiral wave.

Wave pattern
A good example of a cellular dialogue can be found in an amoeba called Dictyostelium discoideum, a single-celled organism that lives in the soil. When food is scarce, starving amoebae start to send a certain molecule to their neighbours. The message 'we are starving' then moves from the centre (the cells that started communicating) of the colony to the edges, taking on the form of a spiral wave.

Because of the spiral wave pattern, the other cells know where to go. They move towards the centre of the wave, forming a kind of stalk called a 'fruiting body'. This shape makes it easier for the wind to carry the amoebas to greener pastures where, hopefully, they can find more food.

Software
We have known for some time that cells can talk to each other by exchanging molecules and forming patterns. But eavesdropping on cellular conversations is no small feat. Researchers need to find out which cell produces which types of molecules and in which cell certain genes are switched on or off. This requires complicated and time-consuming experiments. ‘With our new software, cellular dialogues can be visualized and predicted without experiments,' says Youk. ‘This makes it much easier to understand such processes.’

Researchers can feed the software information about which molecules a cell exchanges and in what quantities. The software then calculates the pattern that is created when cells start talking to each other, which it visualises by colouring the cells based on which genes are active. Currently, the software works with two different molecules. ‘Surprisingly, we saw that groups of cells using only these two molecules in their communication can form enormously complex patterns,' says Youk.

The Delft researchers describe their program as a kind of dictionary. They have made the software open source in the hope that other researchers will build upon their work. Youk: "Ultimately, the goal is to include all the molecules involved in cellular communication so that we can better understand how cells communicate.’

Initially, the cells don’t exhibit any organized pattern. Yet, over time, we see that a complex moving shape that resembles a spiral wave emerges due to the cells coordinating the turning on and off of their genes. The spirals evolve further to eventually form a straight band that keeps travelling upwards, an example of a travelling straight wave. The whole process looks complex and chaotic. This video exemplifies how just two molecules used for communication can yield such complex pattern formation dynamics. 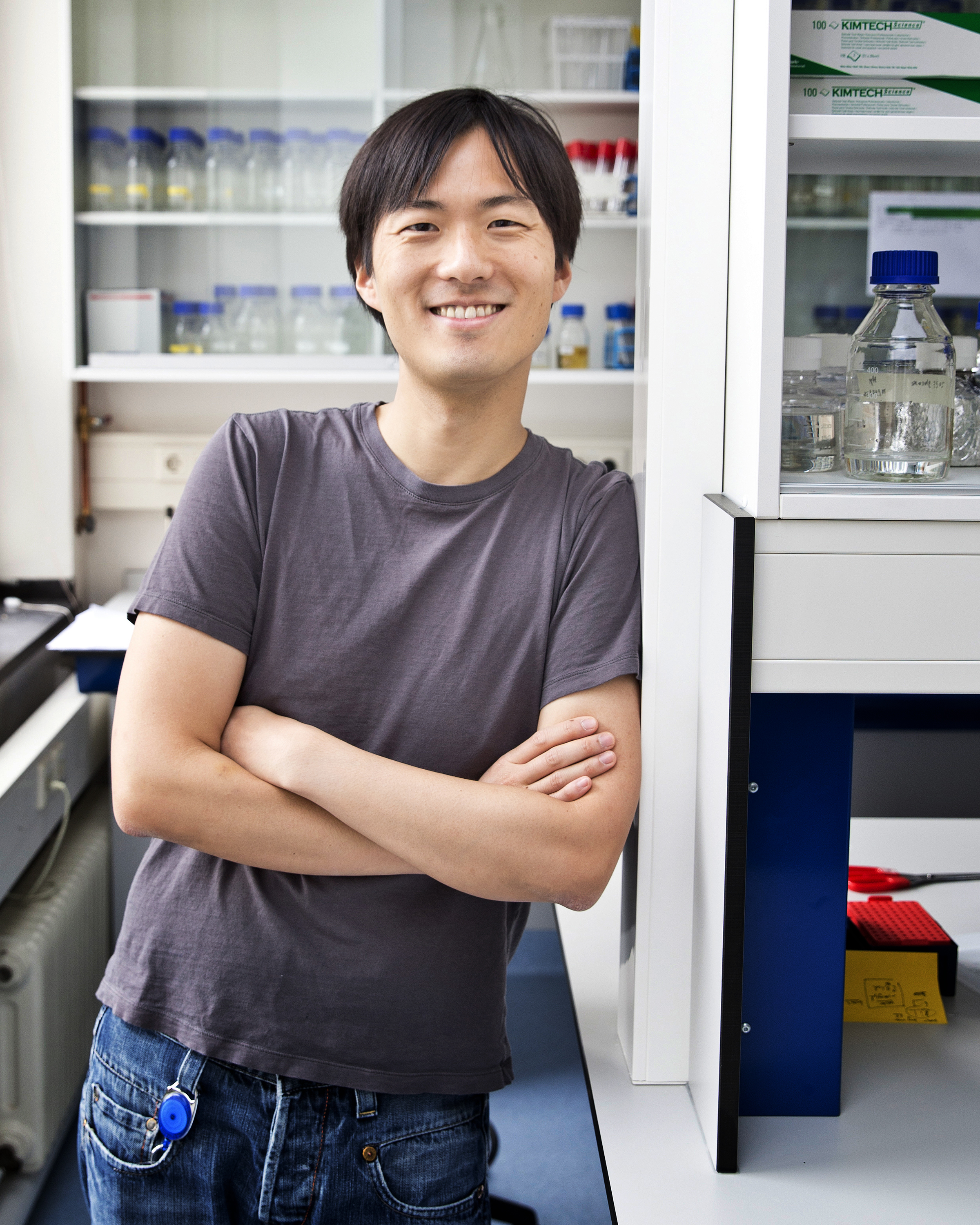