This workshop was part of the TRANSCEND EU Horizon 2020 project as a response to the Clean Sky 2 call for a coordination and support action on alternative energy sources and novel propulsion to reduce aircraft CO2 and NOx emissions.

In total, the 30 experts(1) with the expertise in the different sectors(2) discussed the development status of 10 production routes for bio-jet production routes for biofuel SAF, e-fuel and H2 (see figure below), as well as their economics, the potential for greenhouse gas (GHG) emissions reduction and broader sustainability concerns. Examples included the Fischer-Tropsch (FT), Fast Pyrolysis (FP), Catalytic Hydrothermolysis (CH), and Hydrothermal Liquefaction (HTL) of agricultural residues to produce drop-in SAF. Furthermore, discussions about production routes of e-fuel such as Power-to-Liquid (PtL), drop-in SAF and H2 with Alkaline Electrolysis (AE) as a non-drop-in SAF also took place.

During the workshops, thermochemical alternatives like HTL and FP were discussed as promising looking economic and GHG reduction potential estimations. However, experts identified the approval by the American Society for Testing Materials (ASTM) certification for these types of technologies as challenging due to the complexities in the composition and upgrading the bio-oil intermediates obtained from them. However, it was also pointed out that the ASTM certification process is becoming faster with the gained experience on the development and use of tools and protocols for testing. Participants also pointed out to the need to develop and establish a certification scheme for hydrogen and its storage facilities, which will speed up hydrogen production and will make it competitive with biofuel SAFs and e-fuels. 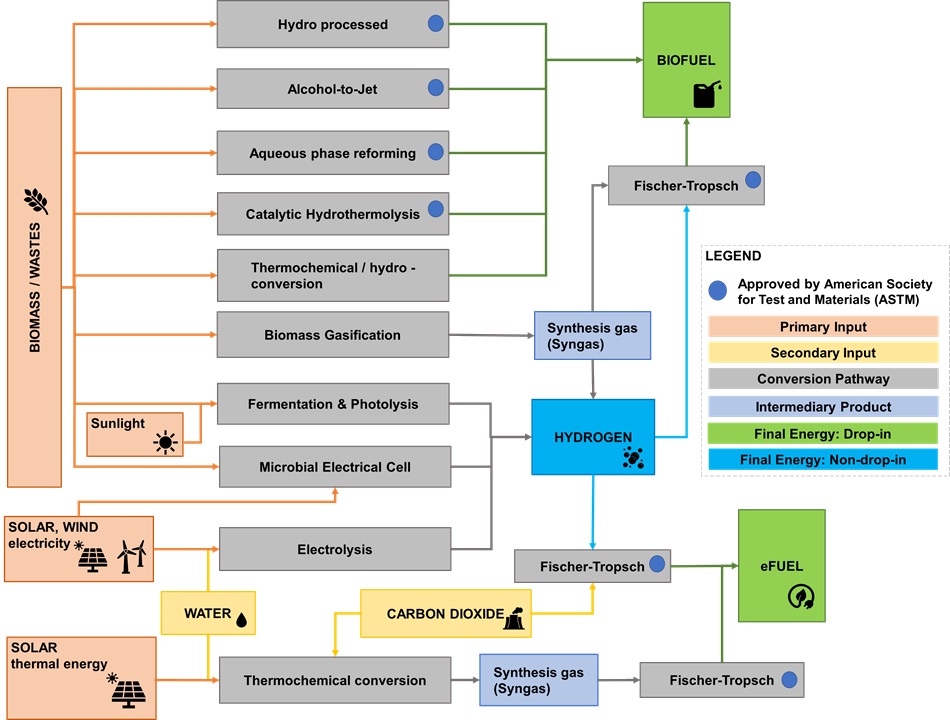 Policies, regulations, and initiatives were identified as major factors towards the economic viability (particularly in the near term) for both drop-in SAFs and hydrogen. It was pointed out that the cost of biofuels can be reduced over time due to technology learning and optimization. Another factor which can enhance economic viability is an increase in the production volumes, thanks to technologies with (current) low TRL, which are expected to reach commercial production scale in the nearest future. It is also expected that hydrogen production routes and PtL will see production cost reductions due to the decline in renewable energy cost and its integration into the production routes (e.g. offshore wind, solar PV, etc.).

A prominent topic of the discussion was the potential reduction in GHG emissions that the different SAFs can bring to the aviation sector. SAFs contribute to meeting the existing global aviation commitment to achieve carbon-neutral growth from 2020 onwards and to achieve the industry goal of 50% reduction in carbon emissions in 2050 compared to 2005. Moreover, the discussion developed over new perspectives of the GHG reduction for the aviation sector linked to the European Green Deal (EU Green Deal) presented at the end of last year. This includes GHG accompanying effects (e.g. the impact of contrails and aircraft induced cloud, etc.) which have to be taken into account to achieve climate neutrality. Experts have pointed out their attention about the complexity and the lack of methodological consistency of the GHG reductions and related calculations – due to emission allocation per technology, which should be considered during finalization of the potential alternative aviation fuels and production technologies lists for the 2021-2050-time horizon.

During the workshop, there was also open space to discuss other sustainability aspects related to SAFs. Participants used this opportunity to bring to the discussion the issues of energy and resource intensity of the production routes, land-use change, food-energy dilemma, biomass availability in case of biofuels, the potential for renewable energy systems to supply electrolysis processes, sustainability certification schemes for hydrogen, and the potential role of the United Nations Sustainable Development Goals (UN-SDGs) in the large scale development and implementation of SAFs. Participants highlighted PtL as a good option for hydrogen and e-fuel production but pinched that the actual extent of carbon emissions reduction with this approach is not clear yet, as it depends on its coupling with renewable energy systems.

The results from the workshop will be used by the TU Delft and NLR to develop roadmaps for a technology programme on novel propulsion technologies and for the availability and viability of alternative energy sources to reduce the environmental impacts of the aviation sector in the time frame 2035-2050.

This project has received funding from the Clean Sky 2 Joint Undertaking (JU) under grant agreement No 864089. The JU receives support from the European Union’s Horizon 2020 research and innovation programme and the Clean Sky 2 JU members other than the Union.

This webpage reflects only the author's view and the JU is not responsible for any use that may be made of the information it contains. 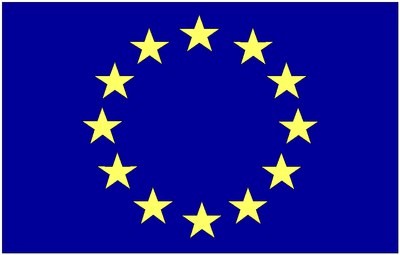 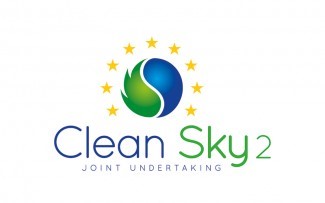