The TU Delft student start-up Loop has developed a living coffin made from mycelium. The Living Cocoon helps the body to ‘compost’ more efficiently, removes toxic substances and produces richer conditions in which to grow (new) trees and plants. After extensive testing, including in collaboration with two major funeral cooperatives CUVO (The Hague) and De Laatste Eer (Delft), this new form of burial is ready to be applied in practice. The first of the initial limited batch of ten Living Cocoons was already used for a funeral last week.

Mycelium
Mycelium normally grows underground in the complex root structure of trees, plants and fungi. It is a living organism that can neutralise all kinds of toxic substances and provides nutrition to everything that grows above the ground. Bob Hendrikx, who founded Loop, calls mycelium nature’s recycler: ‘It's constantly looking for waste materials to convert into nutrients for the environment. It does the same with toxic substances, including oil, plastic and metal. For example, mycelium was used in Chernobyl, is utilised in Rotterdam to clean up soil and some farmers also apply it to make the land healthy again’.

Tidying up
‘The Living Cocoon enables people to become one with nature again and to enrich the soil, instead of polluting it’, says Hendrikx. The speed at which a body composts generally depends on various conditions, but experience shows that it can take over a decade. The varnished and metal parts of a coffin, as well as synthetic clothing, can persist for even longer. Loop expects that their coffin will be able to complete this entire process in two to three years, because it actively contributes to the composting process. In that process, not only are the waste products from the human body converted into nutrients, the quality of the surrounding soil is also improved, giving new life an opportunity to thrive. 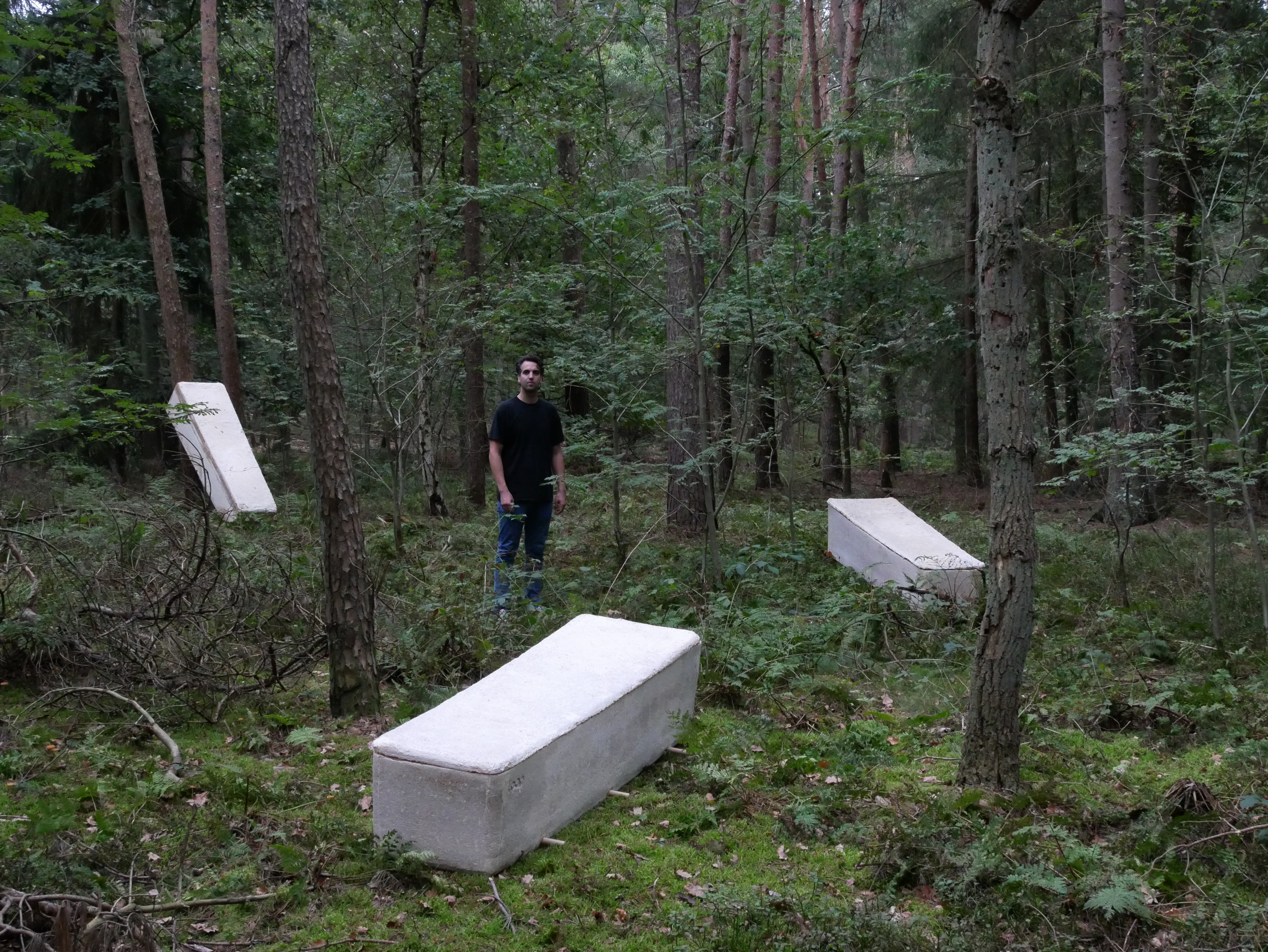 Further testing with Naturalis
Practical tests conducted by Ecovative in America have shown that the coffin is actually absorbed by nature within 30 to 45 days, under normal Dutch conditions. In order to quantify the positive impact on soil quality, Loop is set to join forces with researchers from Naturalis to conduct further research into the increase in biodiversity that this form of burial can help to achieve. Hendrikx: ‘We want to know exactly what contribution it makes to the soil as this will help us to convince local municipalities in the future to transform polluted areas into healthy woodland, using our bodies as nutrients’.

In practice
The people behind Loop, located in the YES!Delft Incubator, had extensive talks with funeral directors about this new product. Hendrikx: ‘They understand how the burial process works in practice, advise families in their choices, manage burial sites and know all of the logistical requirements for burial. This is all valuable knowledge that they contributed to the development process.’

Frank Franse, director of CUVO and De Laatste Eer: ‘As a regional funeral organisation, we think it is important to be involved in sustainable innovation like this. It fits our objective to be a sustainable co-operative funeral service.’ After several tests, the first batch of ten living coffins is now ready for use. CUVO was already able to conduct the first funeral with this coffin last week. Hendrikx: ‘After months of development, it was a really impressive moment to be finally able to mark someone's passing in this extraordinary way’. 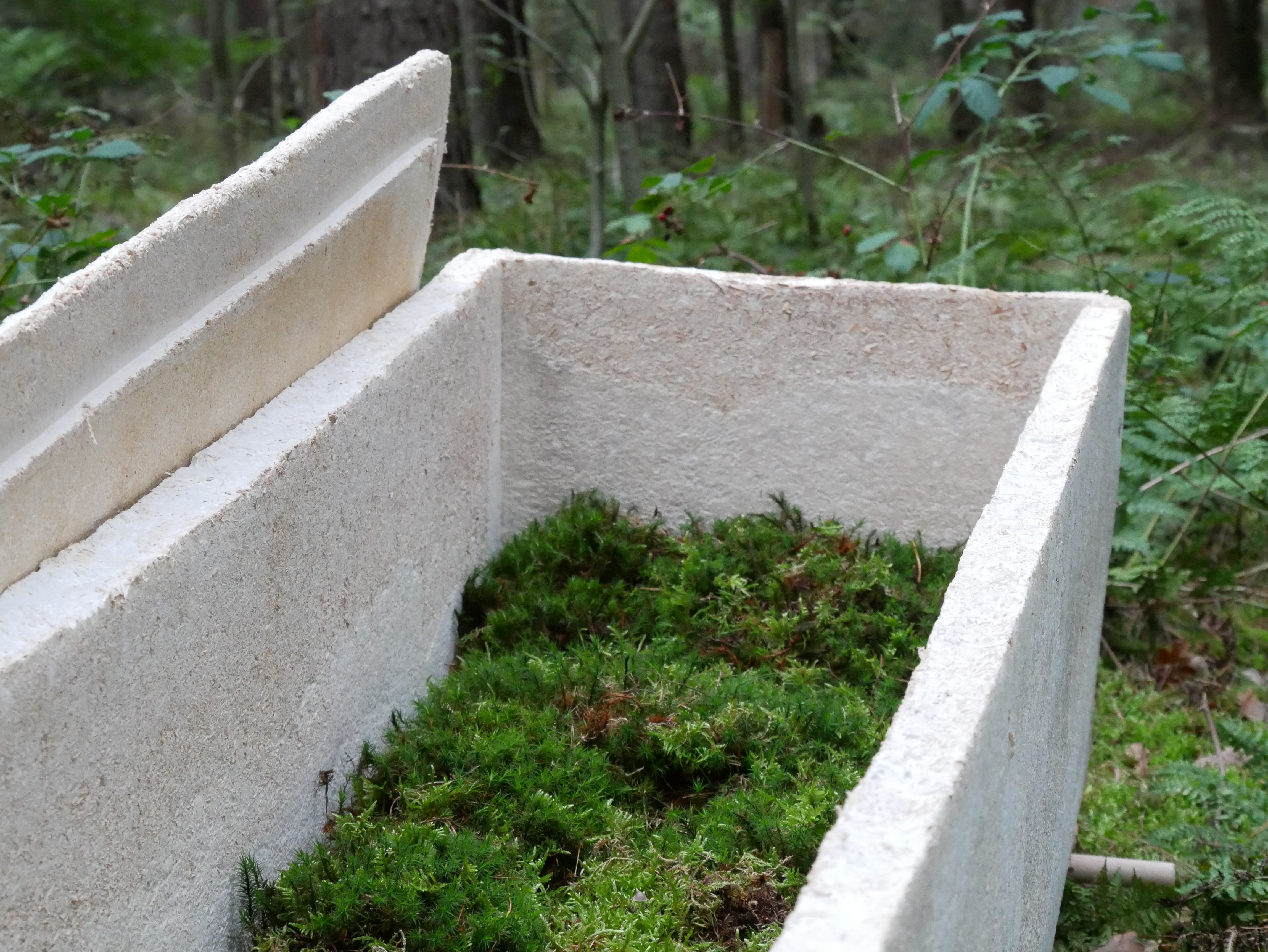 Vision on use of living materials
While completing his degree in the Material Lab at Industrial Design Engineering, Bob Hendrikx (Loop’s founder) developed his vision for using living materials. ‘We are currently living in nature’s graveyard. Our behaviour is not only parasitic, it’s also short-sighted. We are degrading organisms into dead, polluting materials, but what if we kept them alive? Just imagine: a house that can breathe and a T-shirt that grows with you’. During Dutch Design Week, he was presenting a living home, and came up with a new idea when a visitor asked: ‘Does that mean I can leave my grandma in it?’.

Exhibition at Cube Design Museum
An example of a potential future design of the Loop Living Cocoon will be on display at the (Re)Design Death exhibition in the Cube Design Museum in Kerkrade from 21 September. Visitors will have the opportunity to feed the living coffin, contributing to the growth of the woods that surround it. The exhibition is devoted to the theme of saying goodbye, dying, mourning and remembrance and can be seen until 24 January 2021.