Biotechnologists at Delft University of Technology have built an artificial chromosome in yeast. The chromosome can exist alongside the natural yeast chromosomes, and serves as a platform to safely and easily add new functions to the micro-organism. Researchers can use the artificial chromosome to convert yeast cells into living factories capable of producing useful chemicals and even medicines.

Biotechnologists from all over the world are trying to engineer yeast cells and other micro-organisms such that they can produce useful substances. To do this, they have to make adjustments to the existing genetic material of the cell. For example, they insert a number of genes into the yeast genome using CRISPR-Cas9, or switch off existing genes, thereby gradually transforming yeast cells into 'cell factories' that produce useful substances.

The disadvantage of this method is that it is not possible to make all the necessary changes at once, but that several rounds of genetic manipulation are needed. This is time-consuming. Additionally, multiple sessions of DNA-tinkering using CRISPR-Cas9 can lead to mutations that disrupt (essential) functions. The result of this could be, for instance, that the metabolism of the cell is disrupted, causing problems with growth and division.

Lego
The advantage of an artificial chromosome, such as the one now built by the Delft researchers, is that adding genes to it does not interfere with the cell's existing functions. "We see our synthetic chromosome as a platform," says PhD researcher Eline Postma. "It's a new way of safely and modularly adding functions to baker's yeast - a bit like putting LEGO bricks together."

The artificial chromosome built by the researchers isn’t introduced into the cell as one long strand of DNA, since it is difficult to make such a large piece of DNA in the lab. Instead, the researchers made clever use of a natural DNA repair mechanism in yeast. They introduced small pieces of genetic material into the cell, with the ends of one strand being exactly the same as the ends of another strand. Yeast cells recognise these identical ends and then ties them together in a bid to 'repair' them. Thus, the cell builds a large chromosome from dozens of the separate pieces.

Challenge
It was a challenge for the researchers to convince the yeast cells to treat the artificial chromosome as a 'real' chromosome. "Not only did the cell have to copy our chromosome, it also had to maintain it and ensure that one copy ended up in the mother cell and one in the daughter cell during division," explains group leader Pascale Daran-Lapujade. "Fortunately, we know which elements the cell needs for this and we were able to add the right pieces of DNA to our synthetic chromosomes" The approach worked: the yeast cells dutifully copied the synthetic chromosome's DNA, and the researchers found their chromosome in daughter cells generations later.

The researchers have tested their creation extensively. They copied the genes responsible for the most basic function of a yeast cell, the conversion of sugar into alcohol, to the synthetic chromosome. They then switched off the original genes using CRISPR-Cas9. The yeast cells retained their ability to convert sugars into alcohol. "Although we did see that the cells did not divide as quickly as before," says Postma. "We are still investigating why that's the case."

Endless
The logical next step is to add all kinds of new functionalities to the artificial chromosome and transform baker's yeast into microscopic living factories. The Delft researchers have already taken the first step in this regard, too. They added a biological pathway for a pigment with medicinal properties, originating from a plant, to their chromosome. And indeed: the yeast cells started to produce the substance, albeit in modest quantities.

The possibilities for further research are almost endless. There are still many new pathways to be discovered in nature. And, thanks to the fast pace of scientific discoveries, yeast cells can be engineered to carry pathways coming from plants, bacteria or other organisms. "In theory, we can sustainably produce many of the substances we currently make chemically by using yeast," says Daran-Lapujade. "As far as biotechnology is concerned, we are truly living in a fantastic time.” 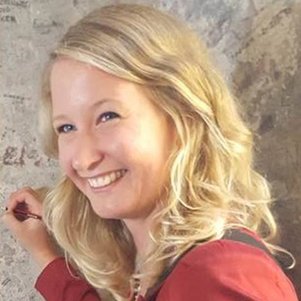