Uber both competes with, and complements public transport

Uber both competes with, and complements public transport

Between one and two out of five Uber trips have no viable public transport alternative. The share of travelers that choose Uber rather than public transport decreases as travel time competitiveness of public transport increases. Those are two findings in a new working paper on ride hailing services, that is based on comparing Uber and public transport data from six cities in the US and Europe. Scientists of TU Delft have analyzed 3,5 million records of Uber trips and concluded that Uber services are used in both competing and complementary circumstances.

The big debate
‘Since ride-hailing services, as provided by companies like Uber, have become an important travel alternative in many cities worldwide, a fervent debate has been underway on whether it competes with or complements public transport services. The debate is set in a world where both alternatives are dwarfed by the private car in most cities. Some claim ride-hailing is among the important facilitators of a car-independent lifestyle and hence benefits public transport, while opponents argue that ride-hailing primarily cannibalizes public transport services’, says lead author Oded Cats, Associate Professor at the Department of Transport & Planning at TU Delft and co-director of the Smart Public Transport Lab.

Empirical data
‘There are a lot of opinions and speculations about this question, but there was no research on ride hailing that was based on how people actually use these services. Our study is funded by the European Research Council and the Amsterdam Institute for Advanced Metropolitan Studies, and uses Uber data (3.5 million records of trips).’

Cats and his colleagues have used Uber trip data in six cities in the US and Europe over the period of a month in 2018 to identify the most attractive public transport alternative for each individual Uber ride. They then compare the two options for three cities in the US (New York, Washington and Houston) and three in Europe (Amsterdam, Warsaw and Stockholm). For this comparison, the researchers excluded shared rides such as UberPOOL.

Trip characteristics
‘A major conclusion is that between 1 out of 5 (in the case of Amsterdam) and 2 out of 5  (Houston) of Uber trips in these cities have no viable public transport alternative’, Cats continues. ‘We also show that for most trips shorter travel times are observed on Uber trips than on their fastest public transport counterpart. For 13-36% of Uber trips, the travel time associated with ride-hailing is more than twice as fast.'

Notwithstanding, across the six studied cities, for between 9% (Houston) to 15% (Amsterdam) of the Uber rides one could actually find a shorter public transport ride. In addition, while offering cheaper fares than conventional taxis, in general, Uber is much more expensive than public transport. These findings highlight that Uber services are used in both competing and complementary circumstances. Cats highlights that ‘This goes to show that people choose between different travel modes based on more factors than just travel time and cost’. However, all observations in our sample are cases where individuals did opt for the ride-hailing alternative. This can be explained by ride-hailing customers attaching value to factors which are not considered in this study, such as comfort (not having to walk, not having to transfer), ease-of-use, safety and reliability. Having an additional travel alternative has therefore provided added value for these users.’

Amsterdam
There are large differences between (and within) the cities. For trips starting and ending within the Amsterdam urban area, in 19% of cases, there is no adequate public transport alternative or you could travel by public transport but it would have taken you at least twice as long. For Uber in Amsterdam the (walking and) waiting time is almost never longer than 15 minutes. In contrast, this is only the case for 42 percent of the corresponding public transport trips.

Policy implications
According to Cats, these findings can support planning and policy decisions, such as identifying gaps in the public transport network in the form of underserved areas or time periods. Given that better public transport service is associated with higher mode share for public transport, necessary investment in public transport service should be considered to increase public transport ridership. With the increase in popularity of shared fleets and on-demand services, there is a  trend to shift from tendering public transport services to defining mobility concessions which means that mobility providers are stimulated to offer the solutions that will best attain the desired level-of-service. Our findings suggest that while a complementary relation is possible, there is no guarantee for it to happen in the absence of a deliberate policy. This calls for more synergy between traditional line-based public transport and on-demand services such as ride hail so as to maximize the complementary nature of the two modes and enable a more reliable urban mobility network. Cats and his colleagues are constantly working on developing models that allow designing, demand forecasting and simulating such solutions and test their consequences. 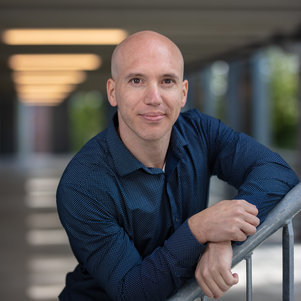