Sape Miedema has published his third textbook on Open Textbooks, a new platform run by TU Delft Library where lecturers can publish their textbooks license-free. The researcher believes that it’s important to ensure that the fruits of science remain accessible. ‘I want people to become familiar with my work.’

Through OpenCourseWare, MOOCs (Massive Open Online Courses) and Collegerama, TU Delft is making a serious effort to make scientific education available to as wide an audience as possible. The TU Delft Library Open Textbooks was launched in late 2018. It’s a digital platform where lecturers can publish their textbooks license-free. The textbooks can be downloaded by anyone anywhere in the world and includes a print-on-demand option. Sape Miedema (1955), professor and director of the master programme in Offshore & Dredging Engineering & Marine Technology, has now added his third textbook to Open Textbooks. That makes him the lecturer with the most open textbooks at TU Delft. 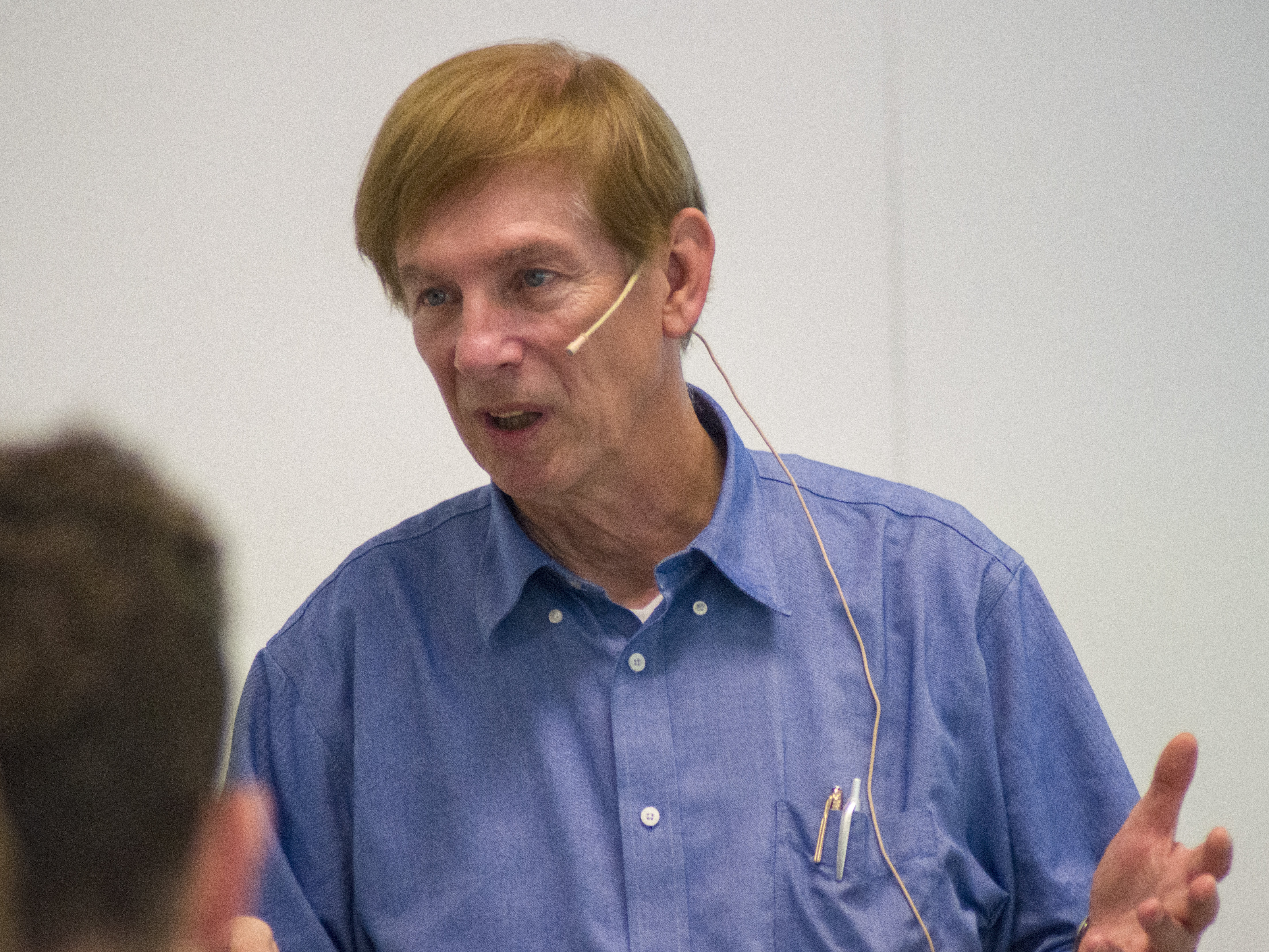 Miedema has never shied away from educational innovation in his forty-year career as a lecturer and programme director. OpenCourseWare? Together with a colleague from Civil Engineering, Miedema was the first lecturer to run a pilot project fifteen years ago. ‘We were given a grant of €50,000 to improve our course material. We hired student assistants to redo all of our readers into English. OpenCourseWare gave the course material in our programme a boost. In those days, a quarter of our students were from abroad. This enabled them to read the course material in English. I think it’s important for students to have a large quantity of accessible course material at their disposal. It was also a great help with “development cooperation” projects at Hohai University in China, Can Tho University in Vietnam and later PetroVietnam University. The latter received an entire Offshore Engineering curriculum.’

Sometimes the teaching methods were somewhat unconventional, like when Miedema introduced a German technical toy by Fischer-Technik as an educational tool in 1990 for a practical exercise in mechatronics. And in 2004 he had students work on an assignment in the form of a website and a Prezi presentation, which was still a fairly new medium at the time. Miedema’s aim was to force students to think about collating information in order to then present it to a wider audience. ‘A website is a substantially different medium for presenting research data than a report or a PowerPoint presentation. I had a website myself where I placed the links to the students’ websites. They loved that.’ Students appreciate his teaching method: Sape Miedema was ‘Lecturer of the year in Offshore & Dredging’ for three years in a row, in 2009, 2010 and 2011 and also a Member of Merit of the Leeghwater Association.

And now Sape Miedema is taking the lead by getting his textbooks published on Open Textbooks. ‘My first book, The Delft Sand, Clay & Rock Cutting Model, is about soil mechanics and my second, Slurry Transport: Fundamentals, A Historical Overview & The Delft Head Loss & Limit Deposit Velocity Framework, is about two-phase flow: how to transport soil, sand and water through pipes that are sometimes hundreds of kilometres long. They are titles that I had previously self-published. Last August, a third book was added to the list, Dredging Engineering: Special Topics. This publication compiled topics that are too “small” to merit their own book, but too interesting not to be published.’ As far as Miedema is concerned, this third book will be his last contribution. But he will continue to update the material.

The Delft scientist is a passionate advocate of making knowledge accessible and free. Research that has been made possible by public funding should be freely available and not behind a paywall requesting an exorbitant license fee. Miedema is pleased that the European legislator finally banned the unpopular paywalls of scientific publishers in 2018. ‘I never wanted to relinquish my copyright, so I self-published my books. I had them printed myself and put the PDF on ResearchGate. At conferences I disseminated USB sticks with my work. Why? Dutch industry has more than a 70% in the global dredging sector, which makes it the largest player, and most of the knowledge in that area resides in the Netherlands. I want people in the field to be familiar with my work.’

Curiously enough, according to Miedema he is the first and only TU scientist in his field to have published a technical scientific book about dredging, now available to everyone as an Open Textbook. ‘That surprises me. Indeed, we Dutch believe we are number one in the area of dredging. Yet my predecessors never wrote a book about it, though they did publish readers. Whereas a country such as the US, whose level of scientific knowledge on dredging lags behind ours, has published books about dredging techniques.’

In addition to Open Textbook, Miedema also puts his publications, scientific articles, presentations and software on ResearchGate, a global network for academics and researchers with approximately fifteen million participants. Anyone can download the publications. ‘ResearchGate is accessible to all. I know many people who use it and upload publications – even vacancies – onto the platform.’

As a devotee of open access and modern communication tools, the scientist keeps track of the number of downloads. ‘At the moment it’s 84,000,’ he says proudly. ‘That’s an average of 400 downloads a week. I can see how often each individual publication is downloaded. I can also see the references to my publications. That number is in the thousands as well. It’s great to know that people from all around the world like my work!’ As a Dutchman, these figures put Miedema high in the network’s rankings.

ResearchGate remains the best location for Miedema to put all of his works. ‘I keep track of all of the changes taking place there. That way I only have to make corrections and additions in one location. I refer to Open Textbooks on this platform, and TU refers to my ResearchGate publications on Bright Space, which is useful for students.’

Miedema hopes that many more colleagues will publish their textbooks through Open Textbooks, if not for the sake of accessibility then for the ease with which additions and/or corrections can be made. ‘Whereas publishers always wanted to first sell out an entire print run before printing a new edition, which could take years, it’s now possible to upload a new edition whenever you like. Once I’ve made a change, the library automatically requests a new ISBN. All I have to do is provide the book, but essentially there’s zero bureaucracy involved.’

Miedema is aware that some lecturers are afraid of losing income because the downloads are free. ‘On the other hand, it can increase your name recognition, which can have interesting spin-off effects.’ Miedema’s schedule is proof of that: The Delft researcher gives courses in Miami, Vancouver and Shanghai, and he is a popular speaker at conferences. The most recent invitation is from Georgia, where the scientist has been asked to evaluate three maritime programmes. In marketing terms: Sape Miedema’s thought leadership has grown thanks to the public accessibility of his work.

But for Miedema it’s all about something else as well. ‘I think it’s a shame, if you’ve been working as a scientist for almost forty years, for all of your contributions to be forgotten, though you probably came up with some useful stuff along the way. My books are full of “recipes”, ways of calculating certain things. And of course I also want to convey my enthusiasm for my field.’ Miedema considers the TU Library to be a safe place to manage books after he retires. A win-win situation, in other words. 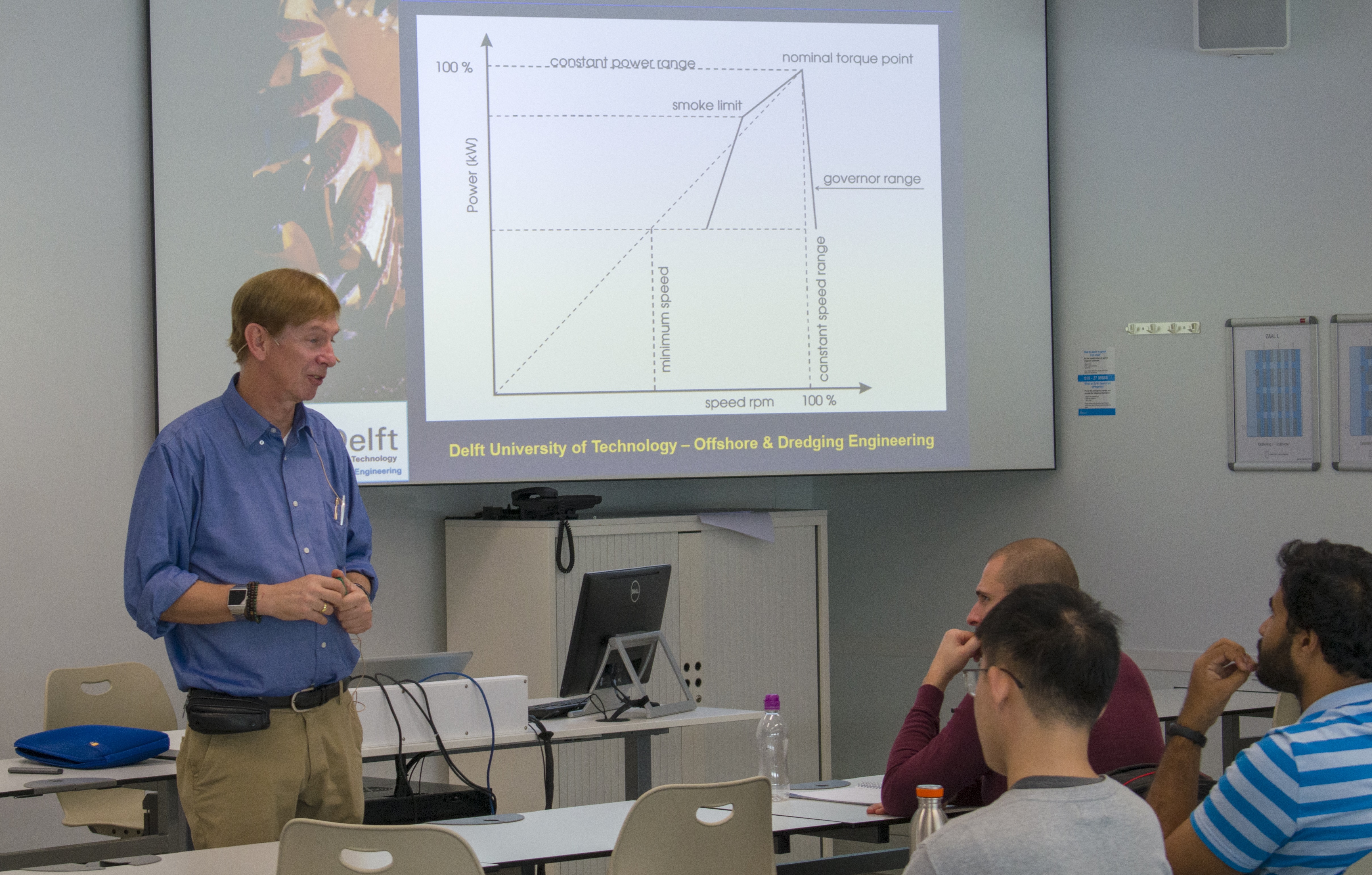