In order to generate more sustainable energy and reduce our dependence on fossil fuels, an increasing number of wind turbines are appearing on the horizon. Especially in the sea, because they are not in anyone’s way there and more importantly there is simply much more space there. And there is another advantage: whereas once upon a time wind turbines were neatly lined up in farms, since 2030 they have become floating farms with a dynamic setup. ‘Like a team of smart, self-driving cars, they work together and continuously search for the ideal place to position themselves in order to produce as much energy as possible, on the one hand, and to minimise turbulence problems so they can last as long as possible. It is possible for them to work together because in the future every wind turbine will have measurement equipment to determine the wind force, the direction and the vibrations. These data will then be processed by means of algorithms to predict what the best place is for each turbine.’

Jan-Willem van Wingerden, who conducts research at the Delft Center for Systems and Control (DCSC) in the area of measurement and control technology of large-scale mechatronic systems that are propelled by a disruption such as wind or waves, has no trouble visualising this future scenario. He believes that floating wind turbine farms have great future potential: they can generate up to forty per cent more energy. In addition, they last much longer, because they are stressed less. And that's all because floating wind turbines can handle the wake better than the present stationary wind turbines. This is how it works: when a wind turbine harnesses energy from the wind, the speed of the wind decreases and, moreover, a turbulent flow is produced. This affects the wind turbine behind this one, because not only does it produce less energy as there is less wind, but the vibrations also make the rotor blades malfunction quicker. The closer the wind turbines are to each other in a farm, the greater these two negative effects will be. Van Wingerden would like to do something about that. 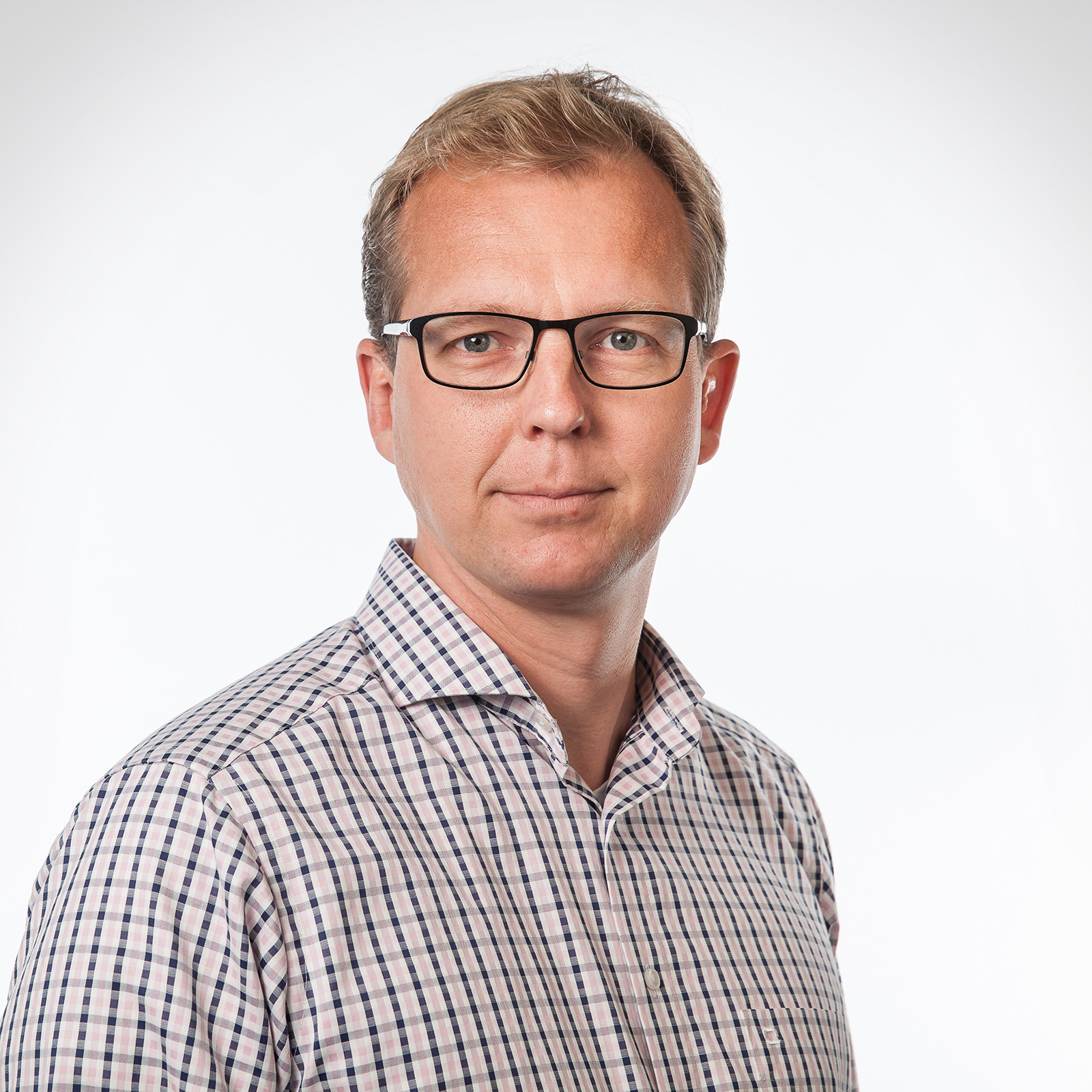 Floating wind turbine farms are not widely accepted yet. The first floating farm in the world was opened off the north-eastern coast of Scotland in October 2017, and a few turbines are bobbing in the sea in Japan. We are not quite there yet in the Netherlands, mainly because the North Sea is shallow enough to anchor wind turbines. If we want to generate energy further out to sea, or if it turns out that all offshore turbines can float better by around 2030, then floating farms will be considered here as well. Until we reach that point, Van Wingerden sees many other opportunities for improving existing wind farms. ‘We can use two other degrees of freedom with existing wind turbines. The first is to position the turbine slanting slightly vis-à-vis the wind, by means of a slight rotation around the axis in order to divert the wake. We call that yaw control. The second thing we can do is have the first turbine turn quicker, so that there is more wind left over for the second turbine to generate energy from.’

The aim, therefore, is to maximise the energy production and simultaneously minimise the stress on the wind turbine. ‘The two are in conflict with each other. If you want minimum stress, then the best thing to do is stop the turbine from turning. But then of course you will not produce any energy. If you want to produce maximum energy, then the fatigue load will be very high. So it is an interesting optimisation problem,’ Van Wingerden says. To optimise wind turbines, he is working with the National Renewable Energy Lab (NREL) in the United States, among others. ‘There they measured the wake with a laser on a wind turbine to see whether they can influence it. Our simulation already showed that it was possible, but they are the first to demonstrate it in practice. That is a state-of-the-art development in this field.’ TU Delft will be doing field experiments soon as well. In a European project, TU Delft will measure exactly what happens in a wake at a General Electric wind farm in Italy.’ 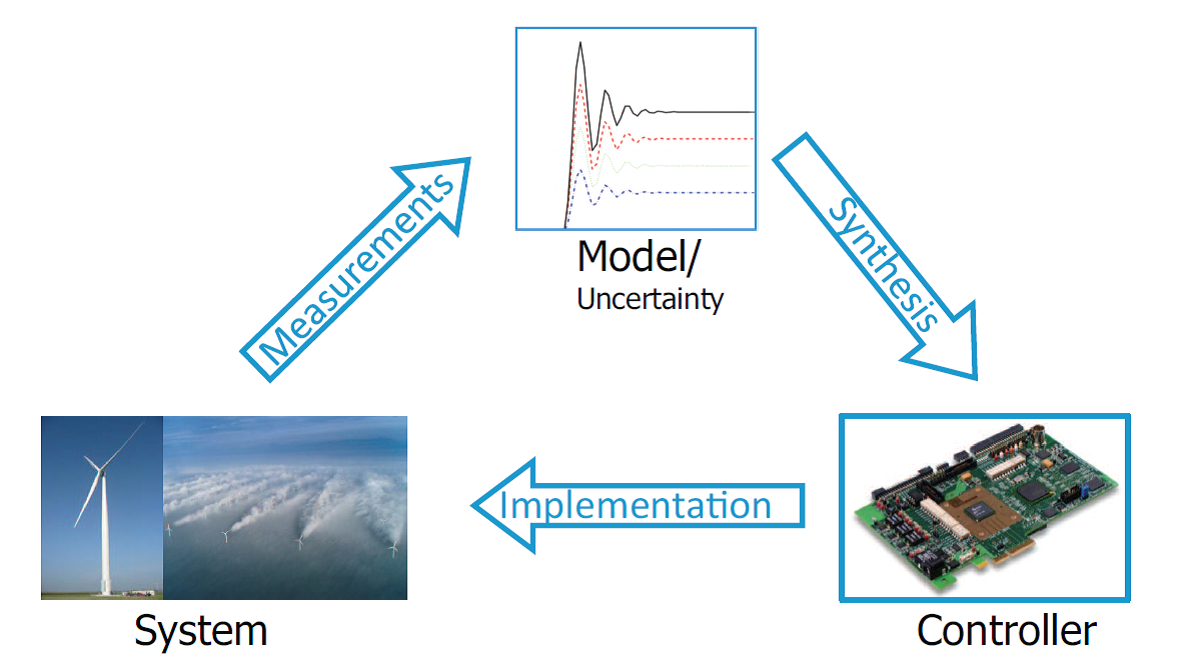 Unfortunately it is still too expensive to fit every wind turbine in a farm with a hundred turbines with measurement equipment. That is why Van Wingerden is working with CFD (computational fluid dynamics) simulations, which enables him to simulate the flow during a particular wind direction when the wind turbines are positioned at a slight slant and the wake is steered a little to the left or right. The result: a slight slant generates up to 10 to 12 per cent more energy according to the computer program. He believes that if you could dynamically monitor wind turbines, you could gain even greater benefits. That is why Wingerden is studying how wind turbines could work together, something that is not possible yet. TU Delft is working with NREL in the United States to develop a control technology to both find the optimum Yaw angle and the optimum induction: how much wind the turbine lets through and how fast it would then have to turn. ‘Even more challenging is the following: given that you can influence the wake, then you could also have another look at where to best place these turbines in future farms. Because you know how to steer the wake past other turbines, you can position the turbines closer to each other. That means you can place more wind turbines in the same area and therefore generate more energy per square metre.’ Van Wingerden is thinking even more out-of-the-box: ‘In theory you should also be able to tilt a turbine, or turn it vertically. That degree of freedom does not exist yet in practice, because then you would need to design a new wind turbine. We are giving that thought as well, so I predict that wind turbines will look different in the future.’

The major challenge facing scientists is to persuade industry. ‘A turbine manufacturer provides a guarantee on its turbine, but a wind turbine farm belongs to the energy provider. These are two different parties. So as researchers it is our task to show not only what optimises wind turbine farms in simulations, but also, to the greatest extent possible, what optimises them in practice.’