When the opportunity arose to set up a cohesion project, Burak Eral did not hesitate for a second. Burak Eral is a Tenure-Track lecturer at the Department of Process & Energy in the area of crystallisation & solids processing. He knew right away who he wanted to work with: Luigi Sasso, a Tenure-Track lecturer at the Department of Precision and Microsystems Engineering and an expert in the area of micro-manufacturing and sensors. A good match, as it turns out. Burak and Luigi have come up with a method to fight kidney stones. 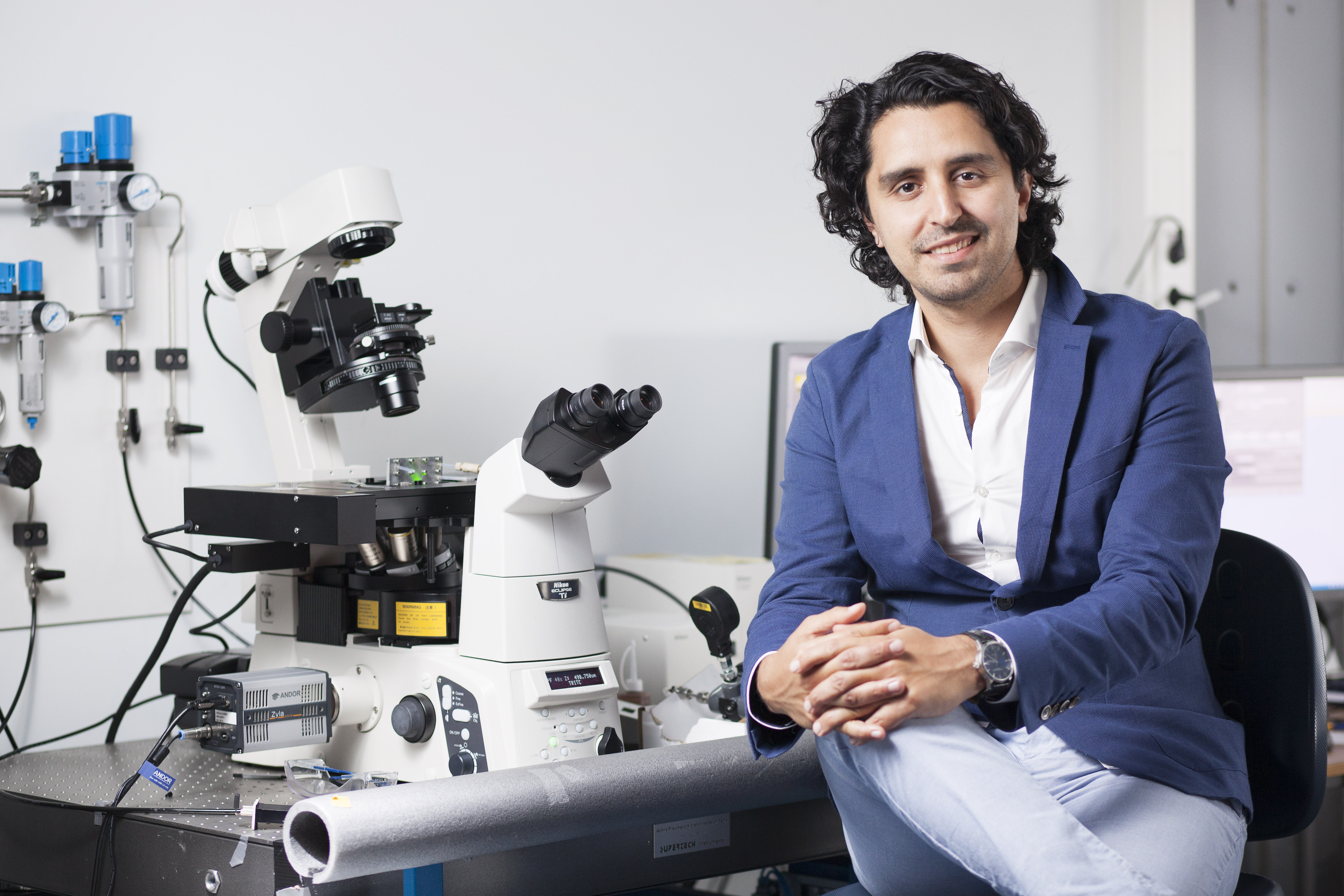 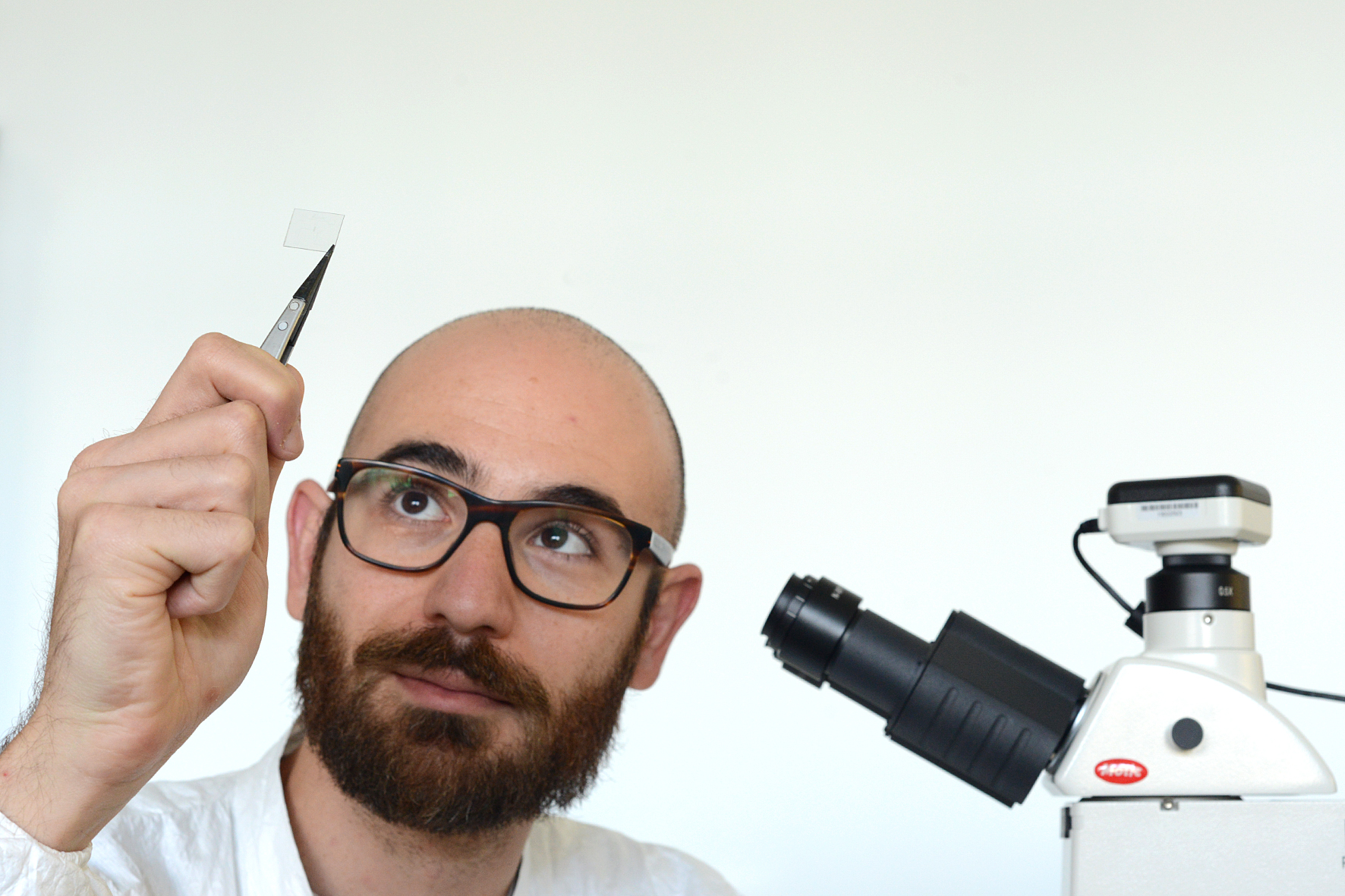 Why Burak Eral and Luigi Sasso?
Burak Eral is an expert in the area of crystallisation, the process in which a fluid (solution or chemical compound) becomes solid matter with an ordered crystal structure. Eral’s research aims to understand the physical mechanisms of dynamics and the behaviour of soft material systems (such as nanoparticles and biomaterials). These play an important role in separation processes in crystallisation, for example. Kidney stones are an example of crystallisation in nature. Kidneys stones arise when material in urine first form crystals and then macroscopic stones. Gaining a better understanding of the process of crystallisation during the formation of kidney stones would make it possible to develop new methods to fight the problem. This aspect appealed to both Burak and Luigi, which led them to set up this joint project. Fatma Ibis (section Intensified Reaction & Separation Systems) has been appointed as Phd-candidate. She got a merit fellowship from the Turkish NOW. Her promotion research is ‘Suppression of kidney stone crystallization/aggregation with designer microstructured biomaterials’.

Luigi Sasso is an expert in the area of nano- and micro-systems of polymers for applications in the life sciences. Because new medicines cannot be tested immediately on humans, Luigi Sasso looks at the possibility of testing treatment options for patients on a small amount of tissue or cells. Medicines can be introduced into this tissue, after which one can monitor the reaction. Sasso uses soft plastics, called polymers, to build small structures containing channels for the transport of fluids, which also contain sensors. As it turns out, these so-called micro-structures of polymer substrates are the solution for fighting kidney stones.

Methodology
Kidney stones are the accumulation of crystals made of calcium oxalate monohydrate (COM). Kidney stones form when the COM molecules combine and transform themselves from a chaotic structure to an ordered crystalline structure. This is only possible when the surface structure of polymers ‘permits’ it. Adapting this structure simply makes it impossible for crystals to form. Eral and Sasso have designed a surface structure in small test polymer substrates where the formation of kidney stones can be controlled.

They found that the more the surface resembles the crystal structure of the kidney stone material, the quicker the material grows and the earlier it can be used to assess new medicines. PhD candidate Fatma Ibis is currently using the cohesion funds to continue work on the project. Ibis has a fellowship at TU Delft from the Turkish NWO. The aim is to eventually develop an artificial kidney.