How feasible would it be to use driverless vehicles to transport children with multiple disabilities from day care centre Omega in IJburg (Amsterdam) to their new home some 400 metres away? That is what a group of parents asked TU Delft. They would like flexible and small-scale transport to cover the short stretch of road so their children can get from one place to the other more quickly and whenever they want. Researcher Niels van Oort and his colleagues were intrigued and set about investigating.

Great strides are being made to develop self-driving cars but they are not yet a normal feature in everyday traffic. And in this case the intended passengers were children with multiple disabilities to contend with. But Niels liked the fact that the idea sprang from the direct experience of the children’s parents and the care centre they attend. “An innovation like this could be extremely useful, especially for people with disabilities. It would make their lives easier and possibly more independent. That’s something I would definitely like to contribute to.” Niels subsequently recruited a team made up of experts from professor Bart van Arem's Transport & Planning department at TU Delft and mobility engineering agency Goudappel Coffeng to look into the technical feasibility of the project. What would be the challenges? Are there existing self-driving vehicles which could be adapted to the transportation of wheelchair users? What are the characteristics of the route and how could it be adapted to suit the use of a self-driving car?

The team’s first step was to – gently - lower expectations. Self-driving cars are only allowed on the road if approved by the Netherlands Vehicle Authority RWD. Rules surrounding the transport of wheelchair users are complicated as well. ‘Put the two together and you know that there are quite a number of obstacles that would have to be overcome,’ Niels says. ‘You are constantly faced with laws and rules and regulations and these will have to be adapted in all sorts of ways if we want this kind of project to have a future. That is why we have concentrated our efforts on a technical feasibility study. That is what TU Delft is good at.’

The team then looked at the usual means of transport for wheelchair users, such as private wheelchair taxis. These turned out to be expensive, especially when used to conduct an all-day shuttle service between the home and the care centre. But the most important disadvantage of wheelchair taxis centred on time. “When the wheelchair taxi arrives- which can take quite some time in itself – it usually transports six people and their wheelchairs. It takes an average of 7 minutes to strap people in and secure the chair. That’s three quarters of an hour before you even move. And of course people have to be helped out of the taxi on arrival. That is a lot of time for a 400 metre stretch of road!” explains project secretary Arthur Scheltes. Small-scale transport for one or two children available throughout the day would deliver the flexibility needed, the research team found. The children can then go home at a time that suits them.

Niels and the team came to the conclusion that it would be technically feasible to use a self-driving car on this specific route to transport this specific group of people. There is not too much traffic and the road is sufficiently wide in many places to allow safe passage for a driverless car. ‘The vehicles we are thinking of would not go faster than 15 kilometres per hour anyway,’ Niels explains. ‘That is completely different from what the car companies are trying to do.’ A surprising finding is that it would be quicker and easier to convert an existing vehicle for wheelchair transport into a self-driving car then it would be to adapt an existing self-driving car. “We were considering bringing over one of the WePods that are driving around Wageningen at the moment and adapt it to carry a wheelchair. But the WePod doesn’t comply with the strict regulations for wheelchair transport at the moment so the conversion idea turned out to be the more practical option.”

The team had to build in a number of caveats. The Ministry of Infrastructure and the Environment are presently developing legislation which will allow the experimental use of automated driverless cars but until such time a steward must be on board. And that is expensive. “The car would not need a driver but the law does require the presence of a responsible person. Then there is the person in the control room who can guide and intervene. That is quite a few people.” But once the rules are changed the steward can make room for the child’s regular monitor.

All this means that Omega will not be using self-driving cars in the near future but the team’s report was met with an enthusiastic welcome from all parties all the same, including project partner Amsterdam local council. “All the parties involved realise the project needs investment so it can be developed and tests can be done,” Arthur says.

The search is now on to find sufficient funds to start a pilot. The technical aspects of the car and the route will have to be tested extensively. ‘We won’t start until it’s safe,’ Niels explains. The cars will not go fast and will also come to a halt automatically should anything go wrong. This is a programming feature which will have to be thoroughly tested and refined . According to Niels it’s no different from, say, buying a new tram. ‘You’d want to submit that to some pretty hefty testing before you actually use it, wouldn’t you?’

Could this pilot show us what transport will look like in ten years’ time? Niels and Arthur think self-driving cars will certainly be used on routes similar to the one in IJburg. Campuses would also be suitable, as would airports and routes from and to carparks. “But put a self-driving car in the centre of Amsterdam and it wouldn’t move all day! Too much is going on there. It would never be safe enough for the self-driving vehicle to get in motion amongst so many pedestrians and cyclists.” Self-driving cars are clearly not a solution for every transport problem and their use is bound to bring new challenges. “Suppose we all started to use them instead of bikes and public transport. Would that make for an attractive city?” Niels wonders. “How long would the tailbacks be then? And how much room would all those cars take up? That is the sort of thing my colleagues at TU Delft are looking into. You may get the impression it’s all about to happen. We have made great strides technically, but there’s still quite some work to do before these vehicles are actually driving themselves on our roads on a daily basis." 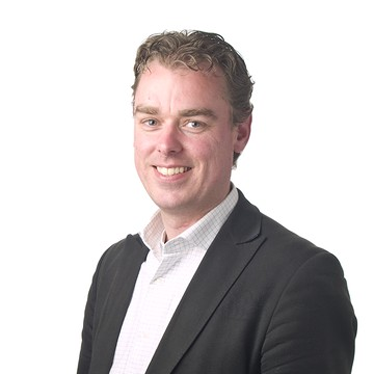 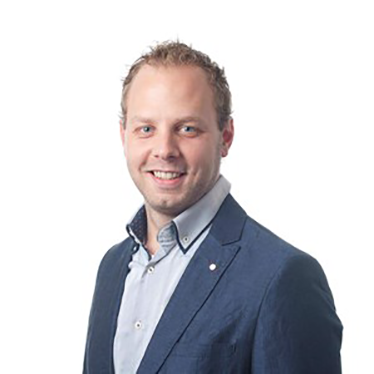