What if you are a student or a tourist and you find yourself in a city you have not been to before? How do you go about finding your way? Do landmarks such bridges, churches and other characteristic buildings help? To find out, Transport & Planning PhD Lara Zomer kitted out 250 bikes  from The Student Hotel in Amsterdam with gps trackers.

Zomer explains that literature on the subject identifies a limited number of ways in which people orientate themselves in a city. ‘Some people go by direction: north and south, east and west. Others look at buildings. And there’s a group which navigates using their knowledge of streets and routes.’ That is the basis of Zomer’s research question. ‘Can we tell from the data if any of these three navigation strategies were used? Are there other ways in which people are finding their way around, or are they combining various strategies?’

The participants in the experiment are students from different countries, each with their own preferred navigation strategy. ‘The cities they come from may be comparable to Amsterdam, or not at all. Someone from Copenhagen would be used to navigating an old city centre. But if you’re from New York, a modern city built according to a grid plan, you may be a little confused by all those old buildings, crooked streets and canals. You would have to adapt your navigation strategy. How easy is that? Are you flexible or are you holding on to your strategy? And will it get you where you want to go?’

The ultimate aim of the experiment is to provide tourists with information about the city which matches their way of navigating or, conversely, the type of information which will teach them a way of navigating that best suits the city. In the case of Amsterdam you could say: walk past such and such a building, or, follow the canals. ‘The question is: does it work? Do tourists benefit from it? It would be nice if people could find their way without having to look at an app every five seconds,’ Zomer says. 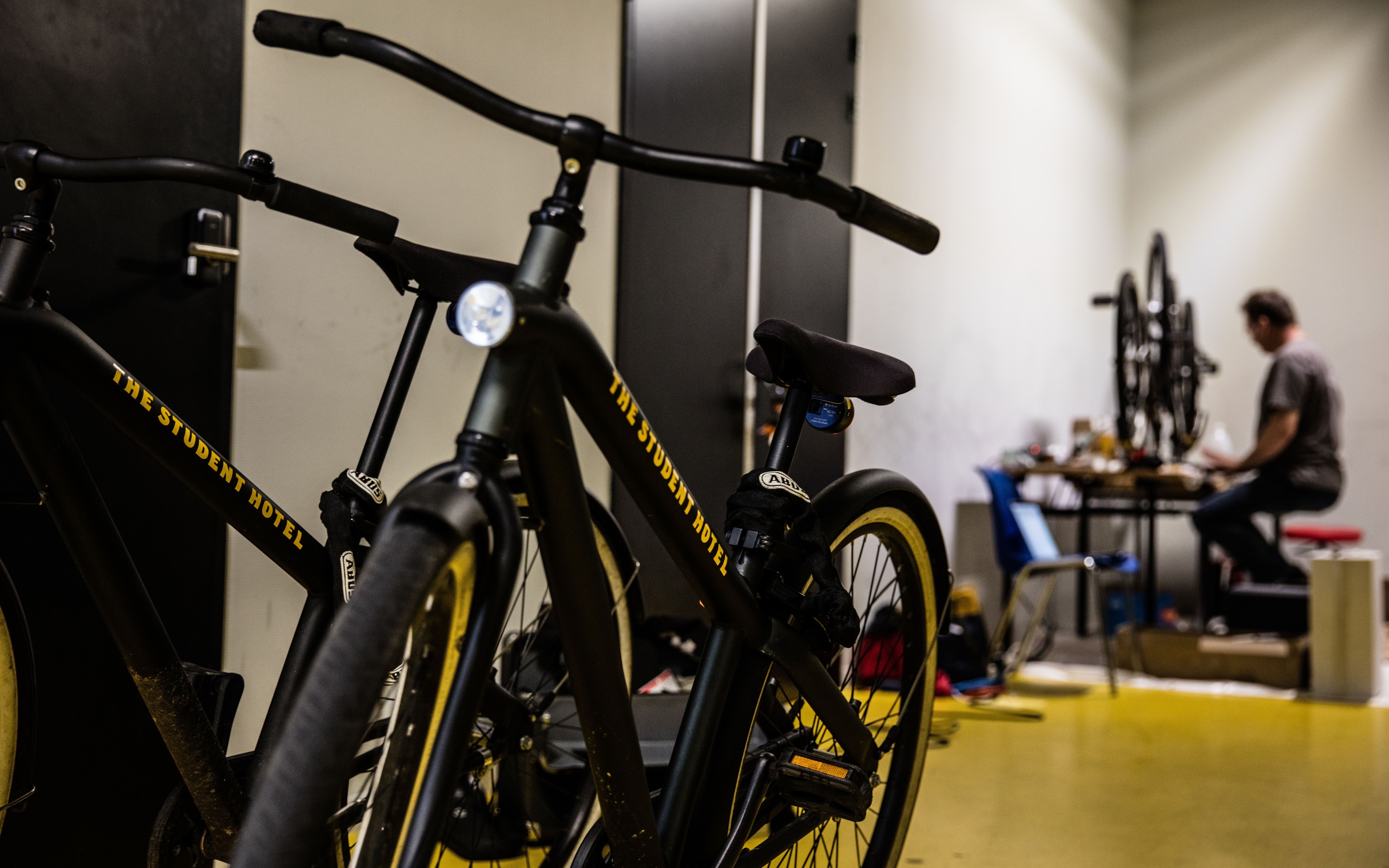 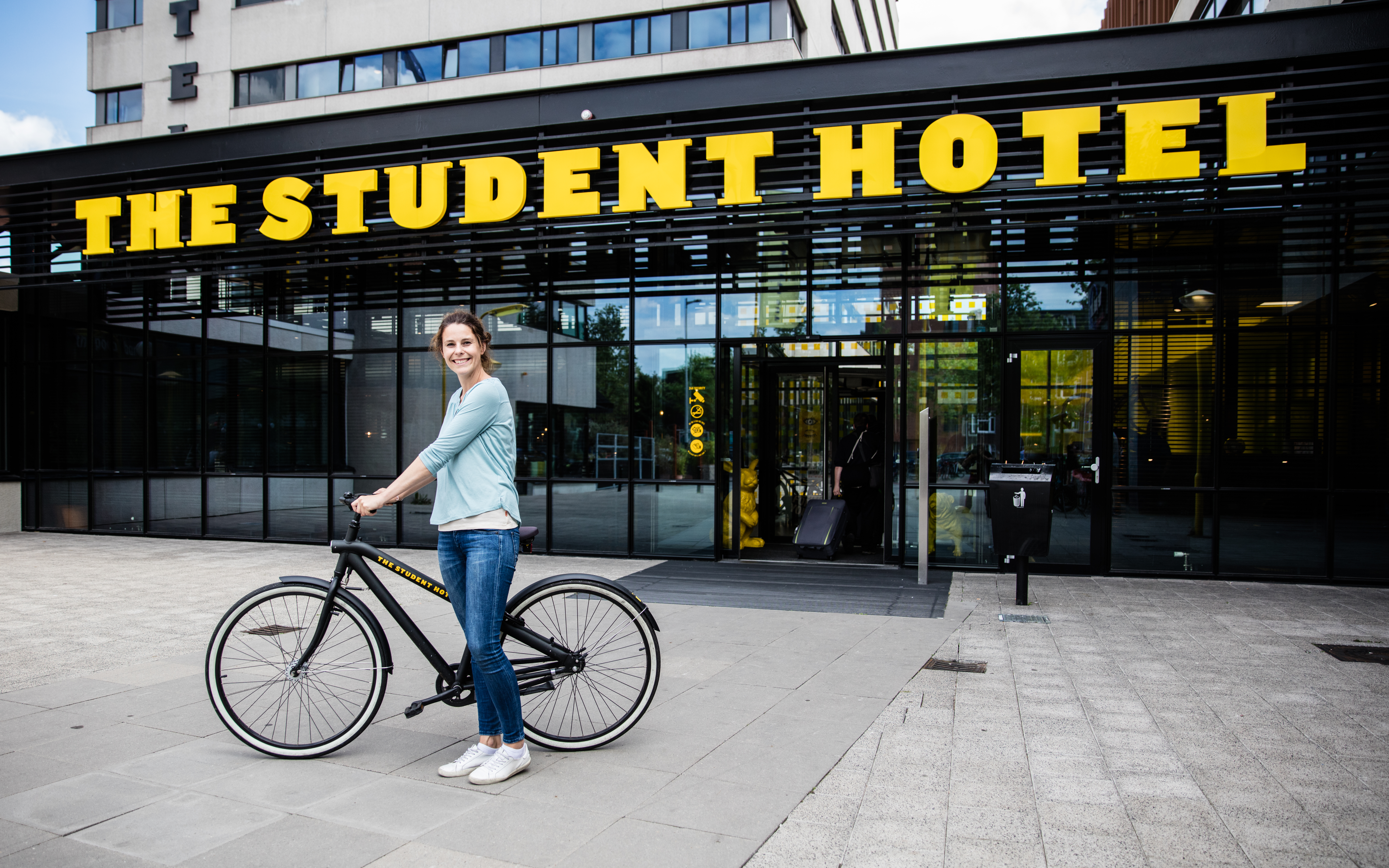 Zomer’s first task was to find a way to collect a large amount of data about new arrivals in the city. The AMS (Advanced Metropolitan Studies) and Wageningen University put her in touch with The Student Hotel which has a huge fleet of bikes. ‘They have around 600 bikes in Amsterdam-City, enough to go around.’ It also has some 100 bikes which are rented out to tourists who stay at the hotel in summer. And that made the experiment an interesting one for the hotel as well. ‘All those bikes need to be parked somewhere and this takes up a lot of space. Not every student will use a bike, because it’s raining or they have not learned how to ride a bike yet. The research will be helpful for the hotel in that it will tell them if they can manage with fewer bikes.’ An added advantage is that in some cases the gps can locate stolen bikes. ‘All the bikes are Van Moof bikes. They are very popular and often targeted by thieves.’

Before the experiment could go ahead the 250 bikes had to be fitted with a gps device. ‘That was quite a job in itself. Fortunately I had help from two technicians. The three of us managed to kit out some 30 to 40 bikes a day. The gps was installed in such a way as to charge itself as the person peddled. And it was tucked away very neatly under the saddle.’ A number of different tourists used the bike for the duration of the summer. Then Zomer started to track a group of students for a period of five months, to be followed by another group of students who will also be monitored for five months. Zomer is expecting great things from the second group. ‘Half of all the students have never ridden a bike before, and after the summer we had lots of wind and rain. Bad weather doesn’t exactly encourage people to go out on a bike. And once they find other ways of getting around the city they may not bother at all. The second group starts in spring – I am hoping for sunshine!’ 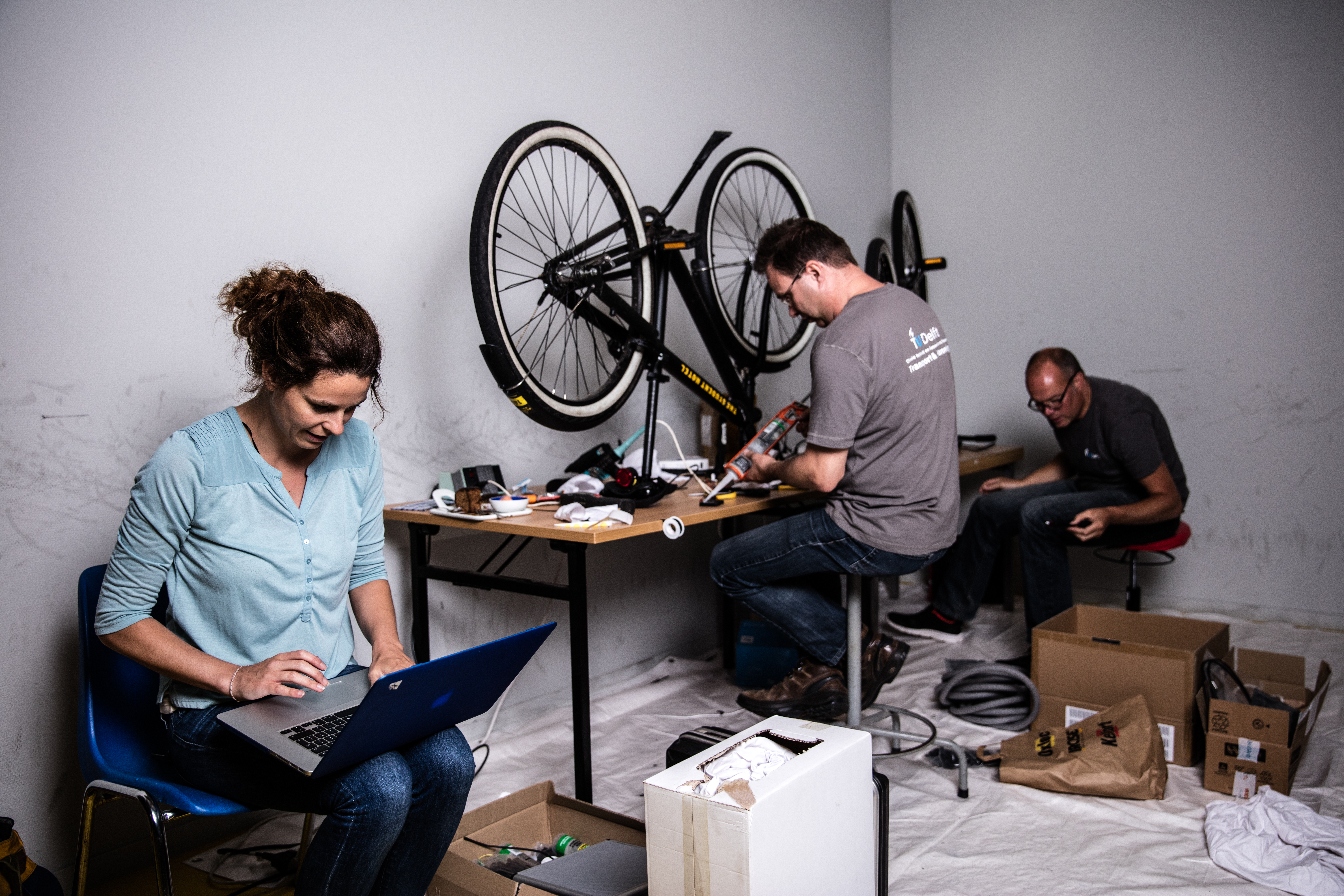 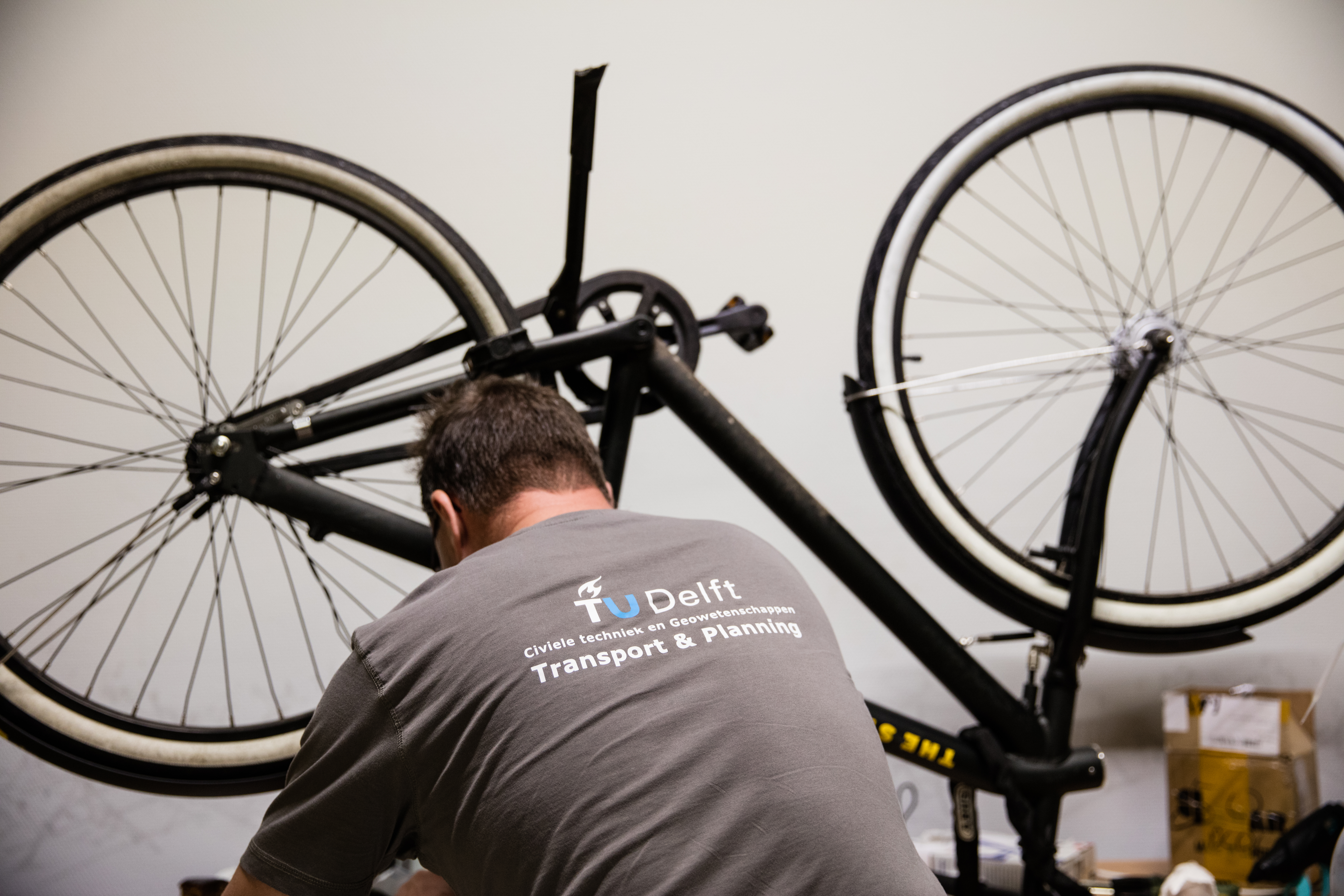 Zomer was surprised at how eager the students were to participate in the experiment. On the days the students arrived at the hotel Zomer would take up her station near the reception desk. ‘I would explain about the experiment and ask if they wanted to join in. Almost all wanted to give the gps bike a go. The gps bikes were parked in a two-storey rack and normally everyone wants a bike from the bottom of the rack because it’s easier.’ But the bikes on the bottom rack quickly ran out so students had a choice between a normal bike and an inconveniently placed bike with gps. ‘To my surprise almost all said: I’ll take the bike on the top rack then.’ 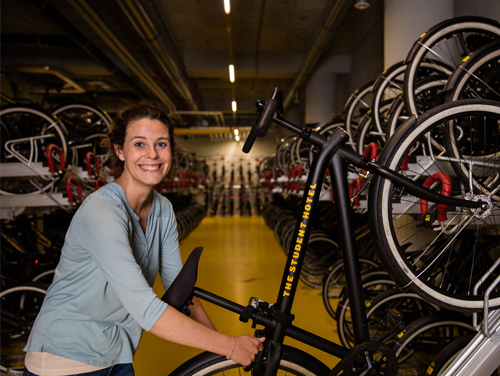