When did we last dance at a pop festival, cheer on our favourite football team or get together with friends for a meal at a restaurant? It all seems an eternity ago. Dorine Duives misses the crowds as well, and not just for the atmosphere. As a TU Delft researcher Duives studies pedestrian crowd behaviour and the arrival of coronavirus and the 1.5 metre society has made her expertise more relevant than ever. As the crisis developed, the focus of her research became firmly centred on safe ways of opening up society again.

When Dorine Duives goes to a festival it’s the crowd she’s interested in most. Made up of individuals, each with a life of their own, the crowd becomes an entity that needs to be ‘managed’, as Duives puts it. ‘The most fascinating aspect of crowd behaviour is that people’s individual behaviour pattern is random but when it is combined with that of others logical patterns start to emerge. It’s the law of large numbers. It means that from a certain degree of crowd formation human movement behaviour can be translated into mathematical terms.’

In the course of her final research project in 2012 Duives studied the crowds at the Lowland pop festival where she interviewed several crowd managers. She was surprised to find that theoretical and mathematical modelling was not a tool they used very often for putting together safety scenarios. ‘The safety scenarios in place were largely based on past experience. But all kinds of unexpected new situations can occur at festivals, including life threatening ones. You only have to think of the terrible events at the Love Parade in Germany in 2010. The crowd panicked and 21 people were crushed to death. Some organisations use models but most have little to do with practical reality, often because the algorithms are not precise enough to capture the complexities of real situations.’ 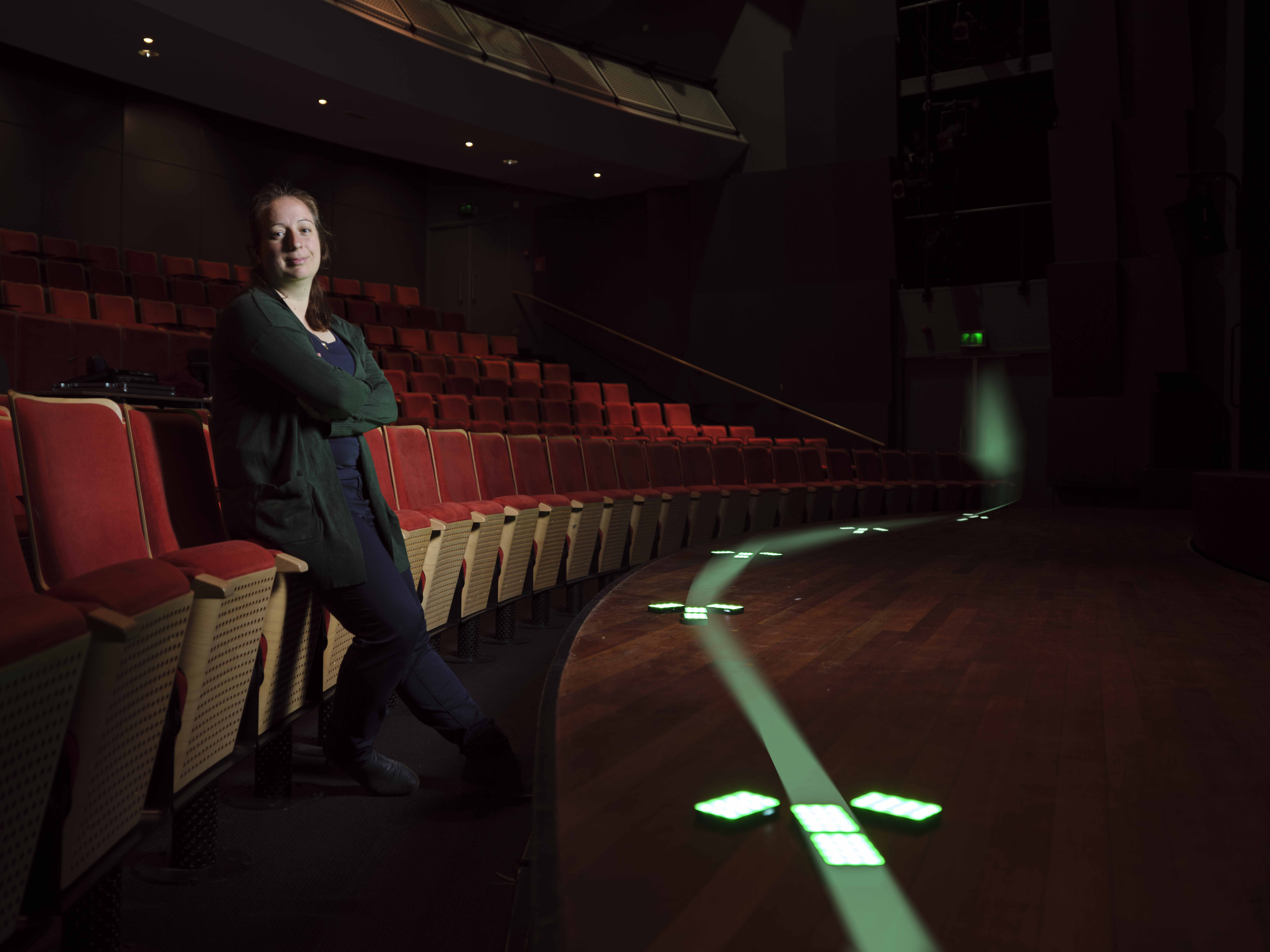 By improving the algorithms Duives wants to help crowd managers gain a better understanding of how people move, which choices they make, and where bottlenecks can occur. This data provides the groundwork for a scenario which can then prompt appropriate actions, Duives says. ‘Think of announcements on a screen or a text message telling people to avoid a certain area in the festival grounds.’

Duives is currently working on a Crowd management Decision support system. This system, which forms part of the European project CityFlows, generates different scenarios based on real time data. ‘You want the information while there is still enough time to intervene. Crowd managers should be able to see on their screen what is  happening at that moment and be presented with different options. If you choose option A this will happen, if you choose B this will happen and so forth.’ 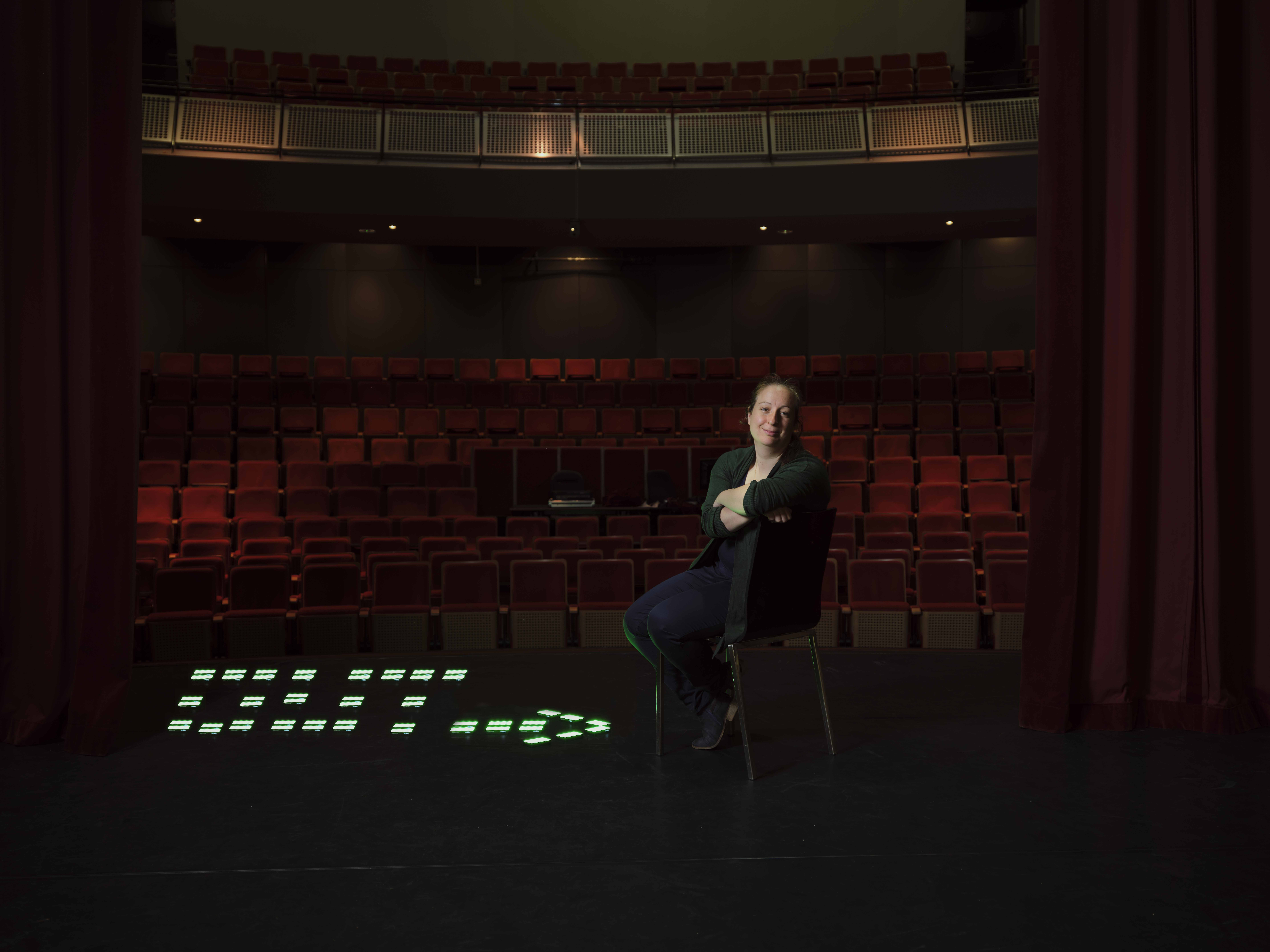 Duives’ data gathering expeditions have taken her to many events and places where people congregate. ‘The last edition of SAIL Amsterdam, in 2015, was the first event we used to chart large scale movement behaviour. We had sensors in place to identify the busy areas and monitor how people moved about which then showed up on a screen. No data protection rules were broken in the process, by the way, no one is recognisable.’

On the TU Delft campus a similar monitoring system is currently in use. ‘The Campus Mobility Dashboard is a virtual copy, a digital twin of the university campus. Heat map displays on the dashboard show how many people are moving between a faculty and the main hall, for instance. The campus is very quiet at the moment because of corona but once physical attendance is allowed again the number of movements will increase. According to the information on the dashboard certain measures can be taken, such as opting for one way traffic, or making changes to the lecture schedule. That will help prevent bottlenecks from occurring.’

Getting around in times of corona

The issues surrounding the coronavirus crisis are making Duives’ area of expertise ‘more relevant than ever’, she says. ‘People desperately want to get together again. That’s why we have spent the past year concentrating on finding safe ways of making that possible. In the Heat track project in Nijmegen city centre, for instance, we use sensors to show how people move around in public spaces.’ 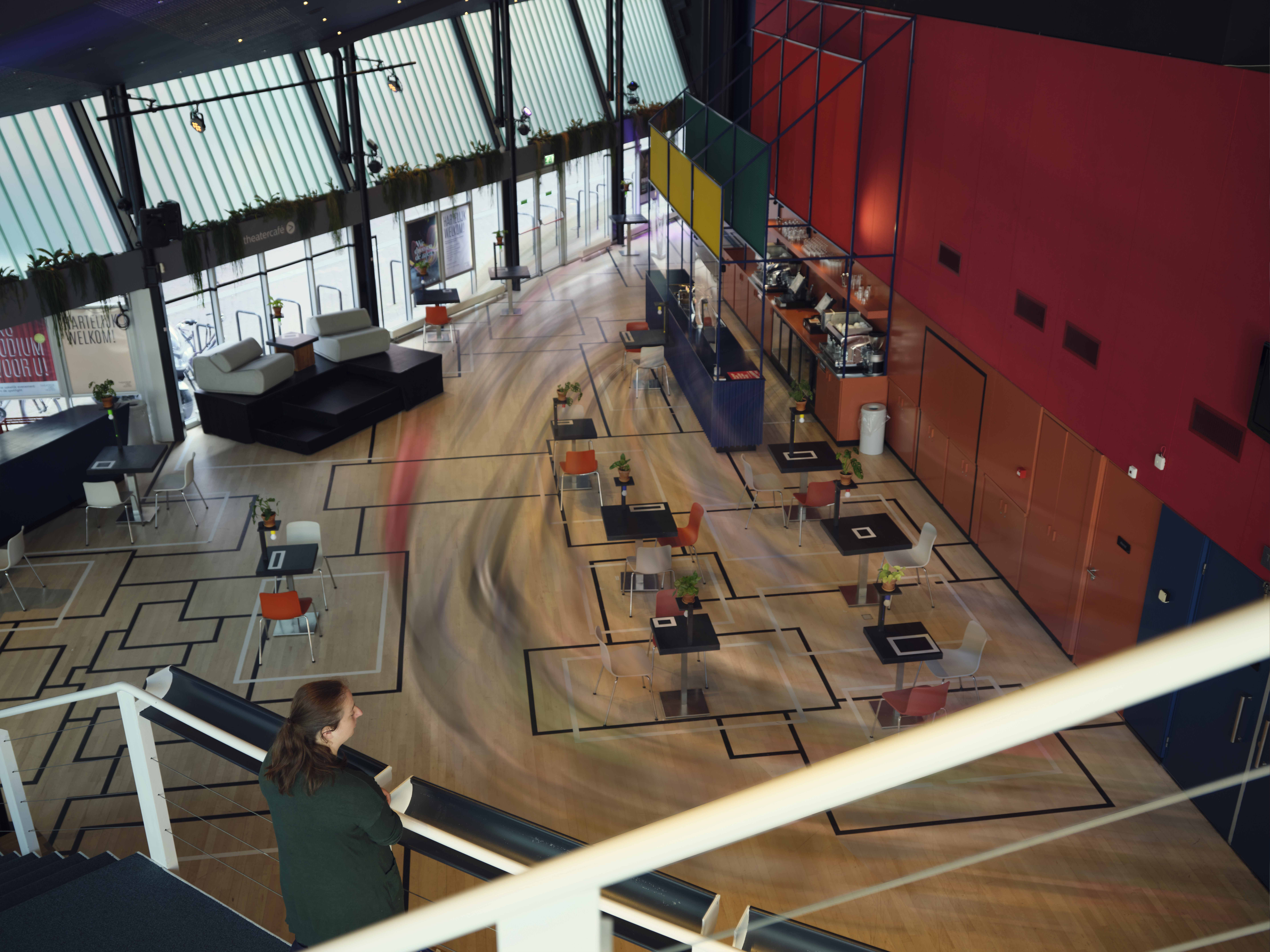 Duives not only uses the data to manage traffic streams in outside spaces but also inside buildings, such as bars and restaurants. That has led to the development of a special tool for the hospitality sector, the SamenSlimOpen-app (‘opening up together the clever way’).’With the help of Wageningen University and Erasmus MC we combined the models for pedestrian movements and virus spread. That enables us to identify where infection risks occur based on the presence of one infected person in a space.’

With this app, which will become available in May, bar and restaurant owners can determine how they can open for business safely. The tool takes the lay out of the spaces into account, as well as guest interaction and potential virus spread.

Duives is pleased she can use her knowledge and research to help open up society. She can’t wait for the festival venues and stadiums to fill up again, she says. ‘But I’m never quite part of the crowd. I prefer to watch from a distance.’ 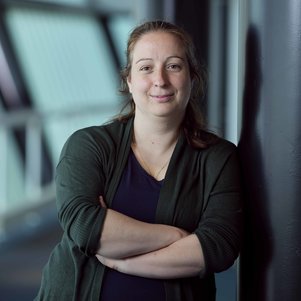