Since 2008 he is full professor of Aerodynamics and acts as head of section since 2010. Starting director of Aerospace Engineering Graduate School (2012).

Promoted and supervised more than 20 PhDs.

The research interests cover the development of particle image velocimetry (PIV) and its applications to high-speed aerodynamics in the supersonic and hypersonic regime. Notable developments are the image deformation technique, Tomographic PIV for 3D flow velocity measurements and its use to quantitatively determine pressure fluctuations and acoustic emissions in wind tunnel experiments.

Recent works deal with the combination of PIV data with CFD techniques, extension of PIV to large-scale wind tunnel experiments and applications ranging from sport aerodynamics to ground vehicles, from aircraft to rocket aerodynamics.

He acts as editorial board member of many international conferences and journals, Measurement Science and Technology and Experiments in Fluids, among others. 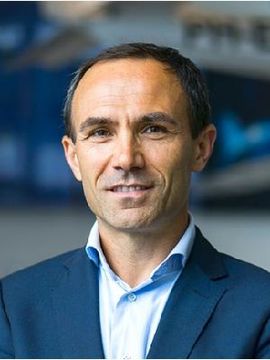