2017 NWO Kiem grant for Writingplace journal for Architecture and Literature

2016     Curator exhibition  The Architectural Project and Its Foundations 2010-2015, presenting the research     output of the Department of Architecture, TU Delft

2014 Dutch Architect of the Year Award

2013 Writingplace. Literary methods in Architectural research and design, Initiative and organization of the 2nd international conference on Architecture and Fiction Delft University of Technology, Faculty of Architecture, November 2013.

2012 Co-organisation of and participation in series of public symposiums  The Story of The Netherlands about the Dutch landscape, city and architecture seen from a literary perspective, Paradiso, Amsterdam

Dr. ir. Klaske Havik is Professor of Methods of Analysis and Imagination at Delft University of Technology, the Netherlands. She has developed a distinct research approach relating the experience and use of architecture and urban space to literary language. Her book 'Urban Literacy. Reading and Writing Architecture', which developed a literary approach to architecture and urban space was translated in Spanish as 'Leer y escribir la arquitectura. Un viaje a travers de la ciudad' (Bogotá, 2016). Other publications include 'Architectural Positions: Architecture, Modernity and the Public Sphere' (2009), 'Writingplace. Investigations in Architecture and Literature ' (2016), and "How Places Speak", in Sioli and Yoonchun (ed), Reading Architecture, Literary Imagination and Architectural Experience, (London: Routledge, 2018). Havik is editor of the architecture journals OASE, and Writingplace journal for Architecture & Literature. Havik’s literary work appeared in Dutch poetry collections and literary magazines.

As a practicing architect, Havik has been involved in the redevelopment of ship wharf NDSM in Amsterdam. In recent years, Klaske Havik has worked with her students on the topic of the "commons" in both European and Latin-American context. From 2015-2017, she was Visiting Professor of Architecture Design at Tampere University of Technology, Finland. For her contribution to the architectural debate, she received the Dutch Architect of the Year Award in 2014. Currently, Havik is Action Chair of the EU Cost network "Writing Urban Places" 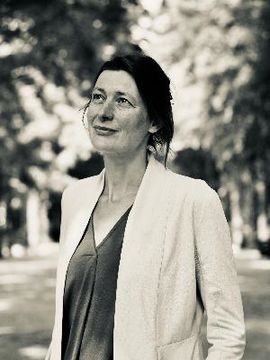