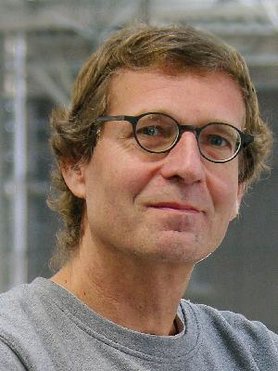 Peter van Oosterom was the first student ever to receive the MSc degree in Computer Science from the TU Delft (1985). In 1990 he obtained a PhD degree from Leiden University based on the thesis Reactive Data Structures for GIS. Oxford University Press published a revised and updated version of the thesis. From 1985 to 1995 he was a computer scientist at the TNO Physics and Electronics Laboratory, The Hague doing research in the area of spatial databases in the context of several GIS applications. An important project has been the design and development of a GIS based on the open DBMS Postgres (University of California, Berkeley). The system is called GEO++ and is developed in cooperation with TNO Human Factors Laboratory (Tom Vijlbrief). From 1995 to 1999 he was senior information manager within the Dutch Cadastre, responsible for the design of the renewed cadastral information system.

In 1999 Peter van Oosterom was appointed full professor GIS technology at the TU Delft, and since 2013 part of Faculty of Architecture and the Built Environment. He is the TU Delft scientific director of Wuhan University - TU Delft, Joint Research Centre on Spatial Information (JRC-SI), formally established on 12 November 2012. He is teaching in the MSc Geomatics and the MSc GIMA (joint education by Universities of Utrecht, Enschede, Wageningen and Delft).

In the research area of 3D Cadastre, Peter van Oosterom is globally by Google ranked first based on citations. In three other relevant research area’s he is respectively the number one (twice) and number two ranked scientist in the world: ‘Land Administration’, ‘Map Generalization’ and ‘Point Clouds’.

Peter has established the Geo-Database Management Center (GDMC), which was opened on 15 November 2000 within the TU Delft. The GDMC research concentrates on the theme geo-DBMS in cooperation with the Geo-ICT industry. Close collaboration with Oracle (topology structure, 3D geometry, point cloud) and Bentley (3D modelling, indoor positioning) has resulted in important industrial innovations and in two cases to patents. Further, he significantly contributed to the design of the Infrastructure for spatial information in Europe (INSPIRE) via active participation in the INSPIRE core drafting team ‘data specification & harmonization’ and the INSPIRE thematic working group ‘cadastral parcels’. At global international level, he was leading the development of the innovative standard ISO 19152 LADM ‘land administration domain model’ in role of information model designer and standard co-editor (with Chrit Lemmen). He has been leading various research project consortia, such as 3D Topography and Usable well-scale mobile maps, both receiving the Dutch Geo-innovation Award in the category ‘Science’. He lead the Massive Point Cloud research project consortium, developing in 2015 the world’s largest on-line interactive 3D point cloud viewer: http://ahn2.pointclouds.nl.

Consultancy / research and other

Consultancy / research and other