In the midst of the corona pandemic, five aerospace engineering students from Delft University of Technology designed a vertical take-off and landing vehicle based on Leonardo da Vinci’s Aerial Screw and demonstrated its feasibility and physics. With their SolidityONE the students won the First Prize Award for undergraduate students along with Best New Entrant Honours of the Vertical Flight Society Student Design Competition 2020.

The earliest known drawings for an aerial machine we can call a helicopter were made in the 15th century by the world renowned Italian scientist and artist Leonardo da Vinci (1452-1519). His sketch of the Aerial Screw is seen as the first ever designed vertical take-off and landing (VTOL) aerial machine. Da Vinci added detailed comments to his sketches, suggesting that he may have been planning to actually build the machine. Modern scientists, however, believe the machine would have been incapable of flying. It was simply too heavy to be powered by human-power alone. 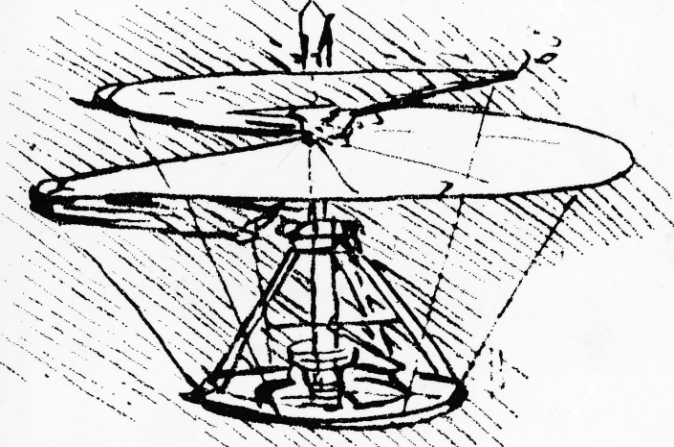 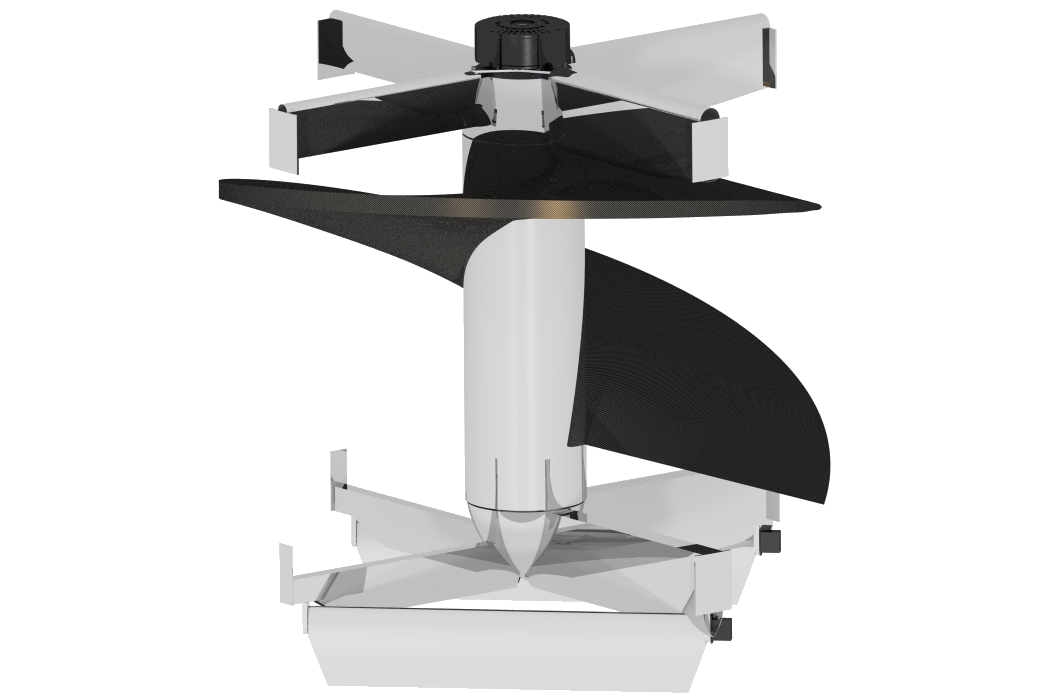 We wanted to find answers to Da Vinci’s unsolved questions and clarify the technical understanding of his invention.

In 2020, 500 years after Da Vinci, the Vertical Flight Society (VFS) challenged students from all over the world to recreate Leonardo’s dream of flying and design a vehicle relying for lift and thrust on one or more aerial screws. Students Aerospace Engineering Mark van den Ham, Thijs van Herwerden, Seoung Houn Han, Nick Pauly and Kenny van Gaalen and their supervisor Dr. Marilena Pavel, took on the challenge: “We wanted to find answers to Da Vinci’s unsolved questions and clarify the technical understanding of his invention.” With their design named SolidityONE, the students also aimed at redesigning Da Vinci’s concept for modern-day practical use. 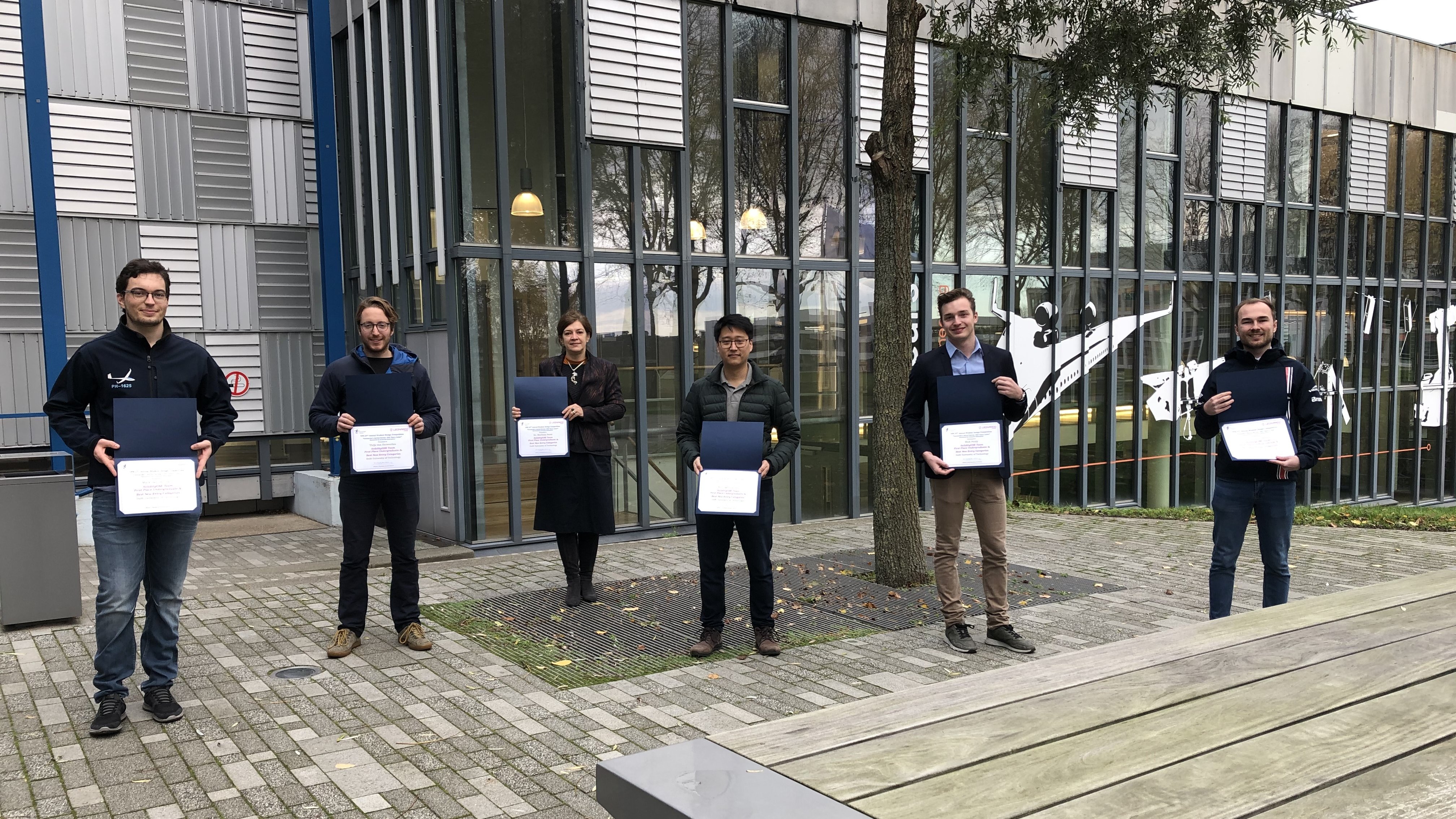 Can ducts lift the aerial screw?

The task was not an easy one. The Vertical Flight Society Competition’s assignment was: redesign Leonardo da Vinci’s Aerial Screw concept solving all its actual pros and cons in order to demonstrate a possible working application of this concept. And more specific, design the aerial screw as a ‘single-blade rotor with continuous surface that can:

One of the challenges the team had to overcome was that Da Vinci’s screw suffers from high blade ‘tip-losses’, meaning it cannot generate enough lift for flight. The team came up with a design called SolidityONE. It has two aerial screw rotors inspired by Da Vinci’s concept mounted in tandem configuration, which means one in front of the other. The team also covered the rotors with ducts. This construction, highly usual in modern aircraft engines, regulates the airflow. This reduces the large rotor tip-losses caused by the large blade tip length and it also protects the pilot. The ducts were also found to give a strong stabilizing effect which was to make the vehicle easier to fly even than conventional helicopters.

To validate their calculations the team did tests in the TU Delft wind tunnel. These tests came with their own challenges and hurdles. Since the geometry of the aerial screw was not compatible with conventional rotor theory, the team had to build bespoke 3D printed prototypes. In addition, the peculiarities of the aerial screw posed interesting challenges and the design needed to be adapted repeatedly for achieving increased performance.

Testing the design through virtual reality

The test results showed that the SolidityOne can achieve a range of 4,500 metres (14,800 ft) with the specified 60 kg (132 lbs) pilot weight and 1 m (3.28 ft) flight altitude. And with this, the design met the competition’s criteria. In addition, the measurements also showed that the design can be used as an electric personal aerial vehicle for use in today’s society. For this the team looked specifically at sustainability: the SolidityOne was designed with sustainable and lightweight materials and zero-emission propulsion. The design’s low tip speed and electric propulsion contributed to low noise generation, making SolidityONE suitable for urban use. Also, in contrast to other personal aerial vehicles being designed, SolidityONE can fly near buildings with minimal safety and reduced disturbances.

With their design of the SolidityONE the team also managed to convince the VFS jury members. They won the First Prize Award for undergraduate students along with Best New Entrant Honours of the Vertical Flight Society Student Design Competition 2020.