Overflowing sewers, plastic waste and leaking water mains… the Netherlands and the world are facing water challenges below ground as well as above. Simple human effort alone is not enough to solve the problem, Professor Zoran Kapelan says. That is why he has been using Artificial Intelligence and machine learning.

Climate change is partly to blame for the increase in water related challenges in urban areas, including flooding, deteriorating pipes and plastics pollution. In order to tackle them we cannot rely on human effort and existing models and methods alone, professor of Urban Water Infrastructure Zoran Kapelan says. ‘The challenges we are facing are too numerous and complex. Think, for instance, of the detection of faults on underground pipes with cracks so tiny they are hardly visible to the naked eye but that could ultimately cause a lot of damage.’

The answer, Kapelan believes, lies with digital water technologies, such as AI and machine learning. ‘Sensors can help map the extent of the problem by collecting relevant data. Machine learning can then be used to process it and extract useful information. That should ultimately lead to the development of smart tools and technologies to address the challenges.’

One such smart technology provides an efficient way of detecting bursts and leaks in drinking water systems. In the UK, where this technology originates, sometimes as much as 20 percent of the water will be lost before it even reaches the user. Kapelan: ‘Before we had this system in place bursts and leaks were often reported to the water company by people, which was usually done with a substantial time delay. Also, some of the smaller bursts went undetected for weeks and months because the water would not appear on the surface. The present system uses AI and machine learning techniques to collect and process real time data from pressure and flow sensors. It automatically raises alarms which can then be used by a water company.’

Another smart technology detects pipe faults in sewer systems. Unlike the previous one, this technology uses AI and machine learning to process camera-images to detect faults in sewers such as cracks and displaced joints. Kapelan: “Before this innovation someone would have to spend hours peering at the images made by a camera in the pipe. This is a very laborious process and often faults go undetected which could sometimes have serious consequences, such as flooding and pollution.”

The application of smart technology to tackle water-related challenges goes by the name of smart water or digital water. Despite the rise of smart technology in the area of water engineering there is still a long way to go, Kapelan says: ‘What we currently have is often a case of DRIP: data rich, information poor. You end up with a lot of data which is then hardly used at all. Fortunately the water sector, which is traditionally quite conservative and adverse to risk, is gradually coming round to the advantages of using the new AI-based technologies.’ 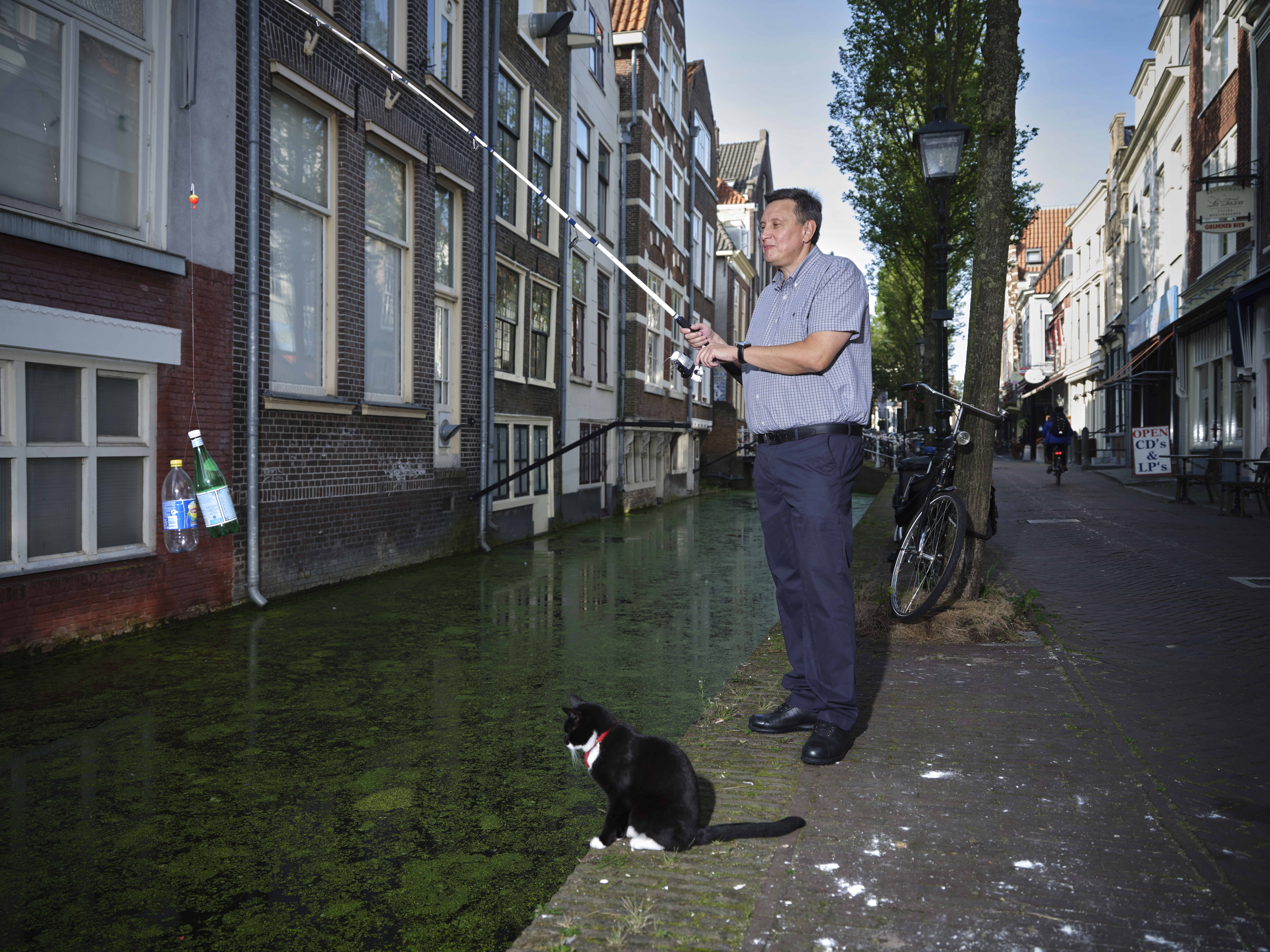 The reputation of TU Delft and its rich history of water-related technology drew Kapelan to the Netherlands in 2018 to continue his research. He strongly believes that the water sector and science should join forces. ‘At TU Delft we are working closely with partners from the water sector to translate data into useful information and applications.’

Kapelan is currently working on two smart water projects, one of which in collaboration with KWR and Waternet. ‘The aim is to improve the real-time operation and control of wastewater plants so that future emissions of greenhouse gases (N20) can be curbed. The other project, with Rijkswaterstaat and start-up Noria, is focusing on the development of new technologies to monitor, detect and quantify plastics in urban waterways. Together with Noria and Rijkswaterstaat we will develop new methods and knowledge that will ultimately be converted into practical software tools.’

It would be safe to say Kapelan is a pioneer in the field of AI and machine learning applied to water engineering. Programming and coding software have fascinated him since his high school  years. ‘That was during the 1980s when digital technology was still in its infancy. In the mid-1990s I started studying artificial intelligence at an academic level. It had taken some strides by then but it was still mainly research-based. It is only in the last 10 to 15 years that AI and machine learning have been put to practical use in the water sector. We are hoping that with our partners we will be able to support the future water sector digitalisation.’