In most cases, electricity is transported from point A (where it is generated) to point B (where it is used). Huge quantities of electricity are sent over the high-voltage national electricity network, while the electricity that comes out of the plug socket at home is part of the low-voltage distribution network. Using numerical analysis, TU Delft PhD student Marieke Kootte is developing a model to link these two networks. ‘Because,’ Kootte explains, ‘the energy transition, which is having a huge impact on our national grid, makes it increasingly important to also focus on the low-voltage distribution networks in more detail.’

It is hard to imagine a landscape with no power lines, but have you ever thought about the route that the electricity takes through the thick cables before eventually reaching your iPhone? Marieke Kootte didn’t really think about it either, until a call was released by the Dutch Research Council (NWO) for research to give the energy transition a push in the right direction using computational intelligence (the learning ability of computers). ‘This closely matched the expertise available in professor Kees Vuik’s team, which is high performance calculations in large electricity networks,’ explains Kootte. ‘I decided to take a closer look at the subject, and found that there is still much to be done when it comes to coupling low- and high-voltage electricity networks. That’s how the whole thing started.’ 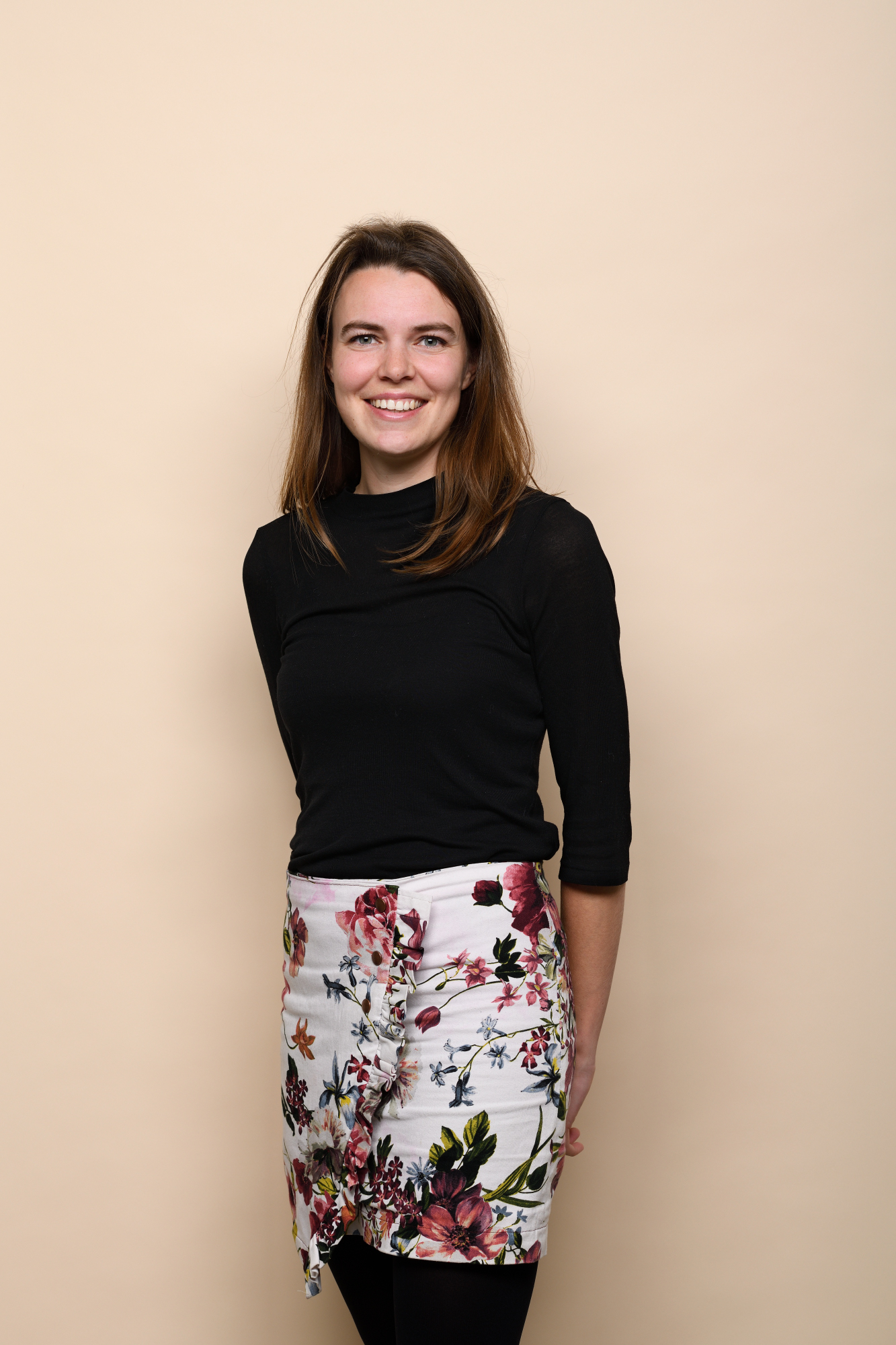 Marieke is now a PhD student and the NWO call forms the basis of her research. In this research, she also makes use of knowledge gained in earlier projects. ‘I once took part in a project to find out how quickly drug waste enters the sewerage system. I simulated how the mix of chemicals spreads in 2D, and did the calculations on my laptop. But to do this for the whole of the groundwater system in the Netherlands, you would really need to use numerical analysis. Using computer models that you develop using numerical analysis, you can map this kind of thing really quickly, saving a lot of time and computing power. For this study, I am applying the same trick to the electricity grid in the Netherlands: a network that is made up of thousands of cables and connections. Each cable has a certain resistance, and a connection is a point at which energy is either generated or used, such as a house, or a whole neighbourhood. Once we have mapped the details, we can run a powerflow simulation to obtain a voltage profile. This gives an idea of what is happening in the grid. It provides useful information for the grid operators, especially if they want to build a new network or connect a renewable energy source to the grid.’

The electricity network is so big that simple models (which describe a few connections) are often not enough, and can give a distorted picture of reality. So, for modelling at such a large scale, numerical analysis really is the best option. ‘But even so,’ says Kootte, ‘there are still some complicating factors. One example: the generated energy is transported over long distances through the national grid and transformed to a lower voltage at certain points in the network for use in homes and industry. What makes things difficult, is that each of these networks has its own grid operator. These grid operators each map the distribution networks in their own way, and they are hesitant to share this ‘sensitive’ information. When I started my research, this was a huge problem. Luckily, now that the energy transition is taking off, more information is being shared between the operators.’ 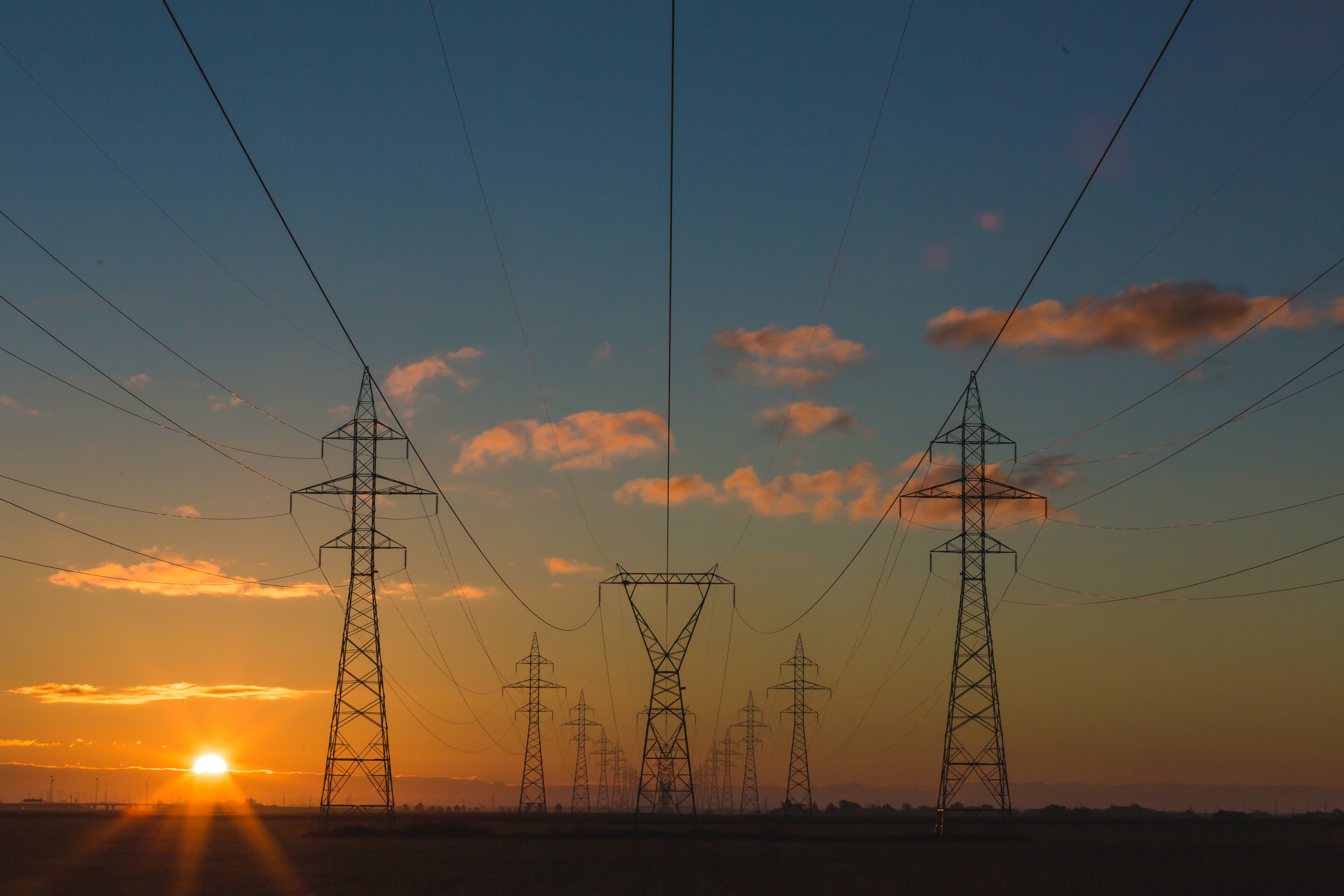 In Delft, Kootte focuses mainly on analysing the electricity network, but 70 kilometres away – at Sympower, an Amsterdam start-up – she is working on another part of her PhD research. Kootte: ‘If there are fluctuations in the supply and demand of electricity in the network, gas- or coal-fired power plants are usually used to make up the difference. That is often expensive, and it’s not very sustainable. If there is a shortage or surplus of electricity in the network, Sympower switches appliances that are not directly needed on or off, or higher or lower. They therefore play with the demand side of the electricity network. For example, lots of cold storages in the Netherlands are set at 7°C. If there is a shortage of electricity somewhere, then Sympower could switch off those cold storages (in participating supermarkets) for a few seconds. As a result, the temperature may increase to 8°C, for example. The demand for electricity decreases locally, and balance is restored to the network. Controlling the storages remotely in this way means that no polluting resources need to be used to restore the balance.’

A flexible electricity system that matches demand to supply could make an important contribution to the energy transition. Testing such a system does not stop at the Dutch border. For her research, Kootte ‘controlled’ the lamps in greenhouses for growers in Finland. ‘Plants need water, food, humidity and a minimum temperature, but of course also light to grow. It does not really matter at what time the plants absorb this light during the day, as long as they get a certain minimum amount of light. That means, enough light for photosynthesis to take place. The plants do however need a certain amount of light each hour to stop them from ‘falling asleep’. So what we did was to predict the daily energy price fluctuations as precisely as possible. Then, during the most expensive hours, we let the plants sleep, and turned up the lamps to maximum during the cheapest hours. No more than a simple optimisation issue.’

Another optimisation issue that Kootte has worked on relates to electric cars. What is the most efficient way to charge, let’s say, a group of 8,000 cars? ‘You can predict when each driver leaves or returns home, but you can also calculate how many cars leave and return each hour. If the electricity network is experiencing a peak load, you let less electricity out of the charging point so that the car charges more slowly. And therefore prevent overload on the grid. Of course, you need to build in a safety margin so that you don’t have a situation in which you need to drive to A&E at 2 o’ clock in the morning only to discover that the battery’s not even half full. Nobody wants that.’

Back to the future

Back to Delft, where Marieke is connecting high-voltage and low-voltage distribution networks. How exactly does she do that? ‘There are two ways to do it. One way is to assume that grid operators share all their data with one another. The other is to assume that grid operators keep all their information to themselves, except when it concerns a common connection. In the case of the second scenario, you can use a simple model for the calculations.’ However, notes Kootte, at the same time more and more energy is being consumed and more is being produced locally. This increases the level of detail required, and therefore the size of the models needed. Furthermore, energy from sun and wind is inherently unpredictable. ‘If you then link the high-voltage network to the low-voltage network, the model becomes pretty complex, with more than a million connections. The best thing then is to use a GPU – a special processor that is designed to process graphical data. A GPU can process multiple tasks simultaneously, so that the analysis can be done more quickly. A GPU is used differently from a normal computer (CPU), and that is where we – mathematicians – come into the picture. What my goal is? To apply GPU processing to increase the speed of the software that grid operators use, so that they can respond more effectively and so that electricity is always available, with a simple push of a button, even in this rapidly-developing world.’

Marieke is not the only one working on this subject at the Faculty of Electrical Engineering, Mathematics and Computer Science (EEMCS). A huge laboratory is currently being built at TU Delft – the ESP Lab – to investigate the best way to transport electricity produced by wind turbines and solar panels to the plug sockets in our homes. One of the people involved in the ESP Lab is Peter Palensky. He is developing a digital twin for the electricity network, to answer the question how to keep everything stable when, in the near future, millions of solar panels are installed by individual homeowners. ‘Peter is specialised in intelligent electricity networks,’ says Marieke. ‘It therefore makes sense for us to meet up now and again to discuss the issue. He knows everything about the network, and we do the superfast analyses.’

It is not just in her work that Marieke tries to make sure that we use the earth in a way that ensures its continued use for future generations. One of the things that she does, in addition to her PhD, is make sustainable clothing. ‘On Tuesday evenings, I follow a seamstress course,’ she says with a grin on her face. ‘That means, making new clothes and altering existing clothes. I love doing it, taking along my own fabrics, learning the old-fashioned techniques…. I am also a pretty fanatical cyclist. I take part in the Amstel Gold Race every year, and I have cycled the Liège-Bastogne-Liège race several times, the final race of the spring classics. This summer, I wanted to cycle the Stelvio pass, a well-known climb in the Italian Alps.’ 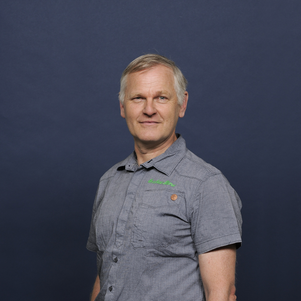