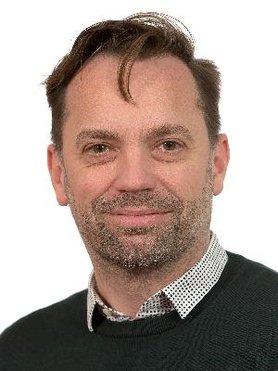 Dirk van den Heuvel is an Associate Professor with the chair of Architecture & Dwelling. He is also the Head of the Jaap Bakema Study Centre at Het Nieuwe Instituut, Rotterdam. His expertise is in postwar modern architecture and planning, and its related fields of architecture theory and history, cultural studies and discourse analysis. His most recent book publication is 'Jaap Bakema and the Open Society' (Archis, 2018).

In 2017 Van den Heuvel was awarded with a Richard Rogers Fellowship from Harvard GSD for his research project Socio-plastics on New Brutalism in architecture with regard to British welfare state politics. He was the curator of the Dutch pavilion for the 14th architecture exhibition of the Venice Biennale in 2014. Van den Heuvel was also curator of the exhibition 'Structuralism' at Het Nieuwe Instituut in Rotterdam (2014), together with Herman Hertzberger. For Bureau Europa, Maastricht he curated the show 'Changing Ideals: Re-thinking the House' (2008). With Max Risselada he organised two international exhibitions and publications: ‘Team 10 – In Search of a Utopia of the Present’ (NAi, 2005) and ‘Alison and Peter Smithson – from the House of the Future to a house of today’ (010, 2004). Other book publications include 'Architecture and the Welfare State' (Routledge, 2015, with Mark Swenarton and Tom Avermaete) and ‘Lessons: Tupker / Risselada. A Double Portrait of Dutch Architectural Education’ (SUN, 2003, with Madeleine Steigenga and Jaap van Triest).

He is an editor of the series Delft Architectural Studies on Housing, DASH (nai010 publishers) and the open-access on-line journal for architecture theory Footprint, as well as an editorial board member of the Spanish open-access, on-line research journal VLC Arquitectura. He was also an editor of the journal OASE (1993-1999). His writings have been published in various international magazines and on-line media, among which the Journal of Architecture, AA-Files, Volume and the Dutch website ArchiNed. He has worked as an architect for the offices of Neutelings Riedijk Architecten, De Nijl Architecten, and Madeleine Steigenga. His favourite piece of architecture is the Sir John Soane’s Museum in London.