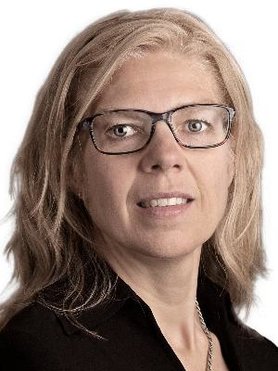 Professor Dr. Jantien Stoter leads the group 3D GeoInformation, Section Urban Data Science of the Department of Urbanism. She lectures within the MSC programs Geomatics for the built environment.

Jantien has graduated at Utrecht University (Physical Geography) and has obtained her PhD degree at Delft University of Technology (3D Cadastre) in 2004. For her PhD work she received the Prof. J.M. Tienstra Research Prize.

After her MSc study Jantien has worked as a GIS Consultant at the Service Water management and Sewerage Amsterdam (1995-1997) and at the engineering firm Holland Rail Consult (1997-1999). After taking her doctoral degree (2004) she first led as an assistant professor and after 2006 as an associate professor the research group in the field of automated generalization at the International Institute for Geo-Information Science and Earth Observation (ITC), University of Enschede (until 2009).

In 2010 Jantien received a prestigious Vidi award for her research on 5D data modelling from NWO (Nederlandse Organisatie voor Wetenschappelijk Onderzoek (NWO), the Dutch Scientific Foundation.  In addition, she has received a Starting Grant from the European Research Council for my proposal Urban Modelling in higher dimensions (ERC) on her research urban modelling in higher dimensions.

Jantien fulfils her position at TU Delft in combination with a job as Consultant Product and Process Innovation at the Kadaster. From TU Delft she is posted to Geonovum. She is also Principal Investigator at the Amsterdam Institute of Advanced Metropolitan Solutions.

Jantien wrote about 300 academic articles and is active as reviewer of many Journals and conferences.

Her research areas are 3D, automated generalization and information modeling.