De Schipper earned the prize for his original research methods, which include zooming along the coast on a water scooter kitted out with measuring equipment to study the movement patterns of sand and water. With his team, De Schipper collected data which will give a better understanding of the changes, both man-made and natural, which are affecting beaches. The predictions made on the basis of the data can be used to intervene in the landscape – by means of sand suppletion, for example – in such a way that the waves themselves will carry out the work of strengthening vital parts of the coastline.

Matthieu de Schipper said he was inspired by the variation in the contributions from the other finalists. ‘You can’t really compare what we have been doing. But it is nice to gain recognition for the years the team and I spent doing this research.’

Jim Jansen, senior editor of the New Scientist and member of the jury, called De Schipper ‘a deserving winner’. ‘The research De Schipper carried out is unique in its approach, has yielded important results and has a link with current societal issues.’

The election of the New Scientist Science Talent comprises a jury and a public component, each accounting for 50% of the total vote.

The New Scientist Science Talent award aims to promote young scientists by offering them a platform and encouraging them in their research. The winner receives an amount of €2,500 (made available by the Rathenau Institute and the New Scientist) and a trophy. 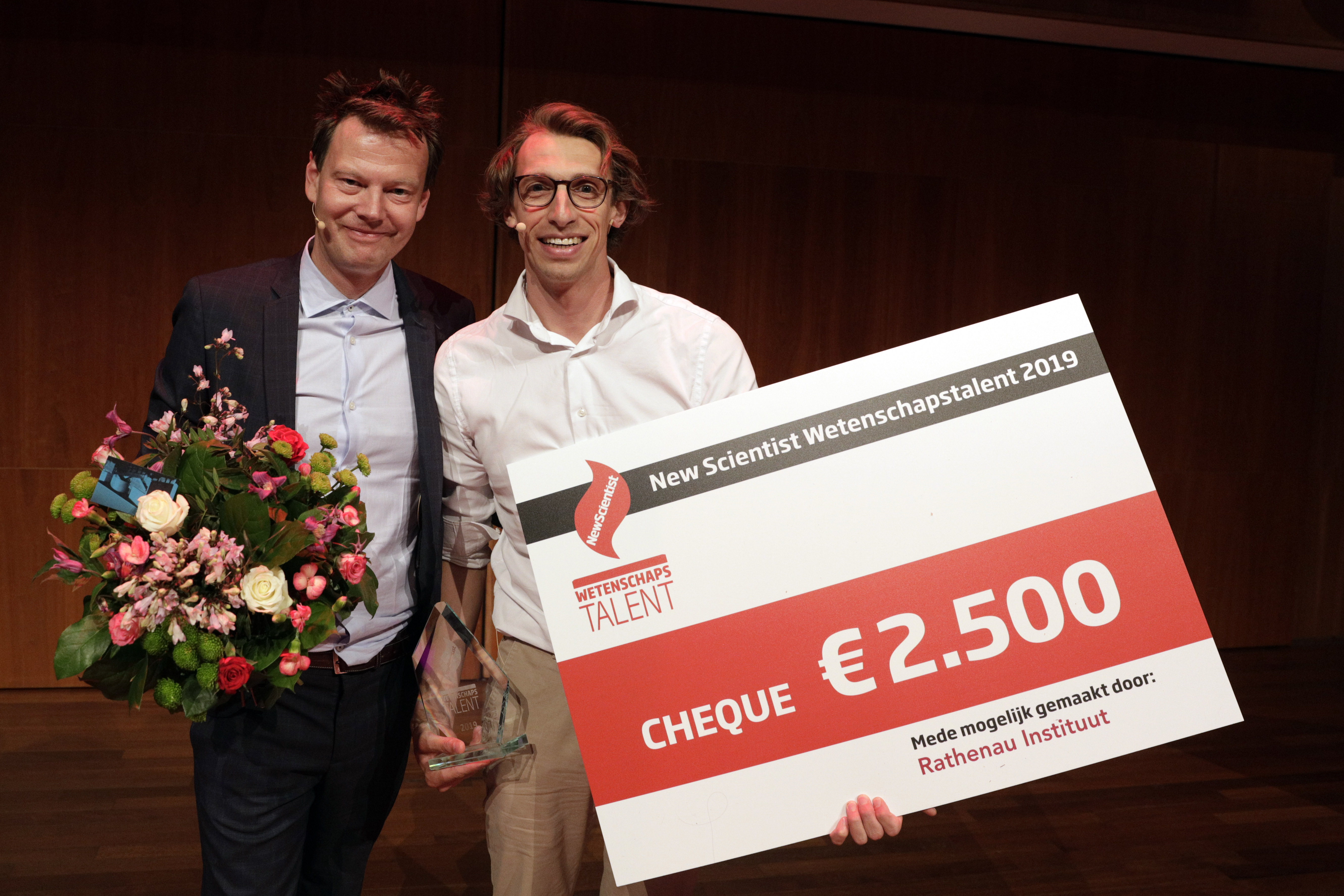 Read more about Matthieu de Schipper’s research in Stories of Science and on the New Scientist website or listen to the podcast ‘Makkelijk praten’.