The strength of collagen

Collagen is the glue that holds our bodies together. It can be found in our skin, bones, muscles, cartilage, ligaments, hair, nails - in short, in almost every tissue in our body. In some places, for example in the skin, collagen proteins form fibrous networks that are very elastic. But why these networks are so elastic has so far been unclear. Researchers from Delft University of Technology, AMOLF and Wageningen University & Research have now discovered that the number of 'intersections' plays an important role. Between three and four fiber connections per intersection is ideal. In fact, more connections make the collagen networks less elastic. The new insights can be used, among other things, to repair damaged or aged tissue, such as cartilage or skin, and to grow new skin tissue for burn victims.

The breaking of a collagen network may sound like an abstract concept. But anyone who has ever broken a bone, torn a muscle, or had a cut in their finger has had experience with it. Collagen is everywhere in our body, and although it is naturally very elastic, there are limits to that elasticity. "We've been doing fundamental research into collagen for some time now and asked ourselves: what makes collagen networks so strong, and what determines the limit of that strength," says cell biophysics expert Gijsje Koenderink from TU Delft.

Disordered networks
Collagen organises itself in many different ways. In tendons, for example, the fibres are all aligned in the same direction, like a bundle of rope. "This is very logical, because tendons absorb tensile forces and are therefore only strained in one direction," explains Koenderink. "Other fabrics, such as the skin, are strained in many different directions. In such cases, it would be disastrous if the fibres were aligned in one direction." Instead, collagen in the skin, as in many other places, forms disorderly networks that are enormously flexible and can move with the forces they are subjected to.

In addition to the fact that collagen networks are more flexible than collagen fibers, the networks have another advantage: they can withstand greater forces before they break down. Collagen fibers, such as those in tendons, can be stretched only about twenty percent before they tear," says Koenderink. "Collagen networks, on the other hand, deform and move with the force applied to them. You can stretch them up to as much as eighty-five percent before they break."

Applying forces
To find out what makes networks of collagen so strong, the researchers ordered ready-made collagen molecules, which are commercially available. Under the right conditions, namely a low temperature and a low (acid) pH value, collagen molecules can be dissolved. "By reheating the dissolved molecules to 37 degrees Celsius and increasing the pH value, the molecules spontaneously form fibres, which in turn form networks," explains Koenderink.

Collagen networks take different forms depending on a tissue’s function. In this image you can see collagen purified from human cartilage (left), cowhide (middle) and a rat's tail (right).

The researchers confined the collagen thus created between two plates, moving the upper one back and forth to exert forces on the tissue. By imaging the inside of the collagen with an electron microscope, and using computer simulations of fibre networks made by the researchers in Wageningen, the team discovered what made some networks stronger than others: the average number of connections at the intersections in the network. "To our surprise, more connections were not necessarily better," says Koenderink. "On the contrary, the ideal number of connections is between three and four."

Tissue engineering
In retrospect, the researchers' findings are easy to explain: if there are too many connections, collagen networks becomes stiff. "You can see that in scar tissue, for example," says Koenderink. "The fewer connections, the easier and the more you can deform a collagen network before it breaks down. That's why networks with a relatively small number of connections are the strongest."

Understanding the mechanics of living tissues can lead to better tissue engineering, for example in developing better cultured skin for burn victims. It is also important for the design and creation of new biomaterials. These are nature-inspired materials that possess properties of living tissues. Koenderink: "Think of biodegradable, plastic-like materials, packaging that changes colour when too much pressure is applied to it, or materials that repair themselves when damaged. I think that in the coming years we will see more and more of these kinds of special materials." 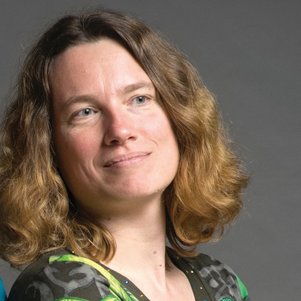