During the annual New Year's breakfast of the Faculty of Applied Sciences, Dr. Timon Idema (Bionanoscience) was awarded the prestigious J.B. Westerdijk Prize. He received the prize for his exceptional contributions to education, not only at TNW but throughout the TU Delft.

Study association Hooke for Nanobiology, which nominated Idema for the J.B. Westerdijk Prize, calls him an 'inspiring, enthusiastic teacher' in their nomination. Jury chairman Jack Pronk added at the award ceremony that his subjects are described as 'intellectually challenging and engaging, with a refreshing dose of humour and effective use of real-life examples to explain complex theories'.

Idema is not only praised for his way of teaching, but also for the contributions he makes to the curriculum. He is the architect of educational programmes and he has written a textbook that is highly regarded by students. Idema also supervises the iGEM teams and, like J.B. Westerdijk himself, teaches physics within several educational programmes at TU Delft.

Read this interview with Timon Idema about his vision on education.

About the Westerdijk Prize
Prof. dipl. Ing. J.B. (Jan Berend) Westerdijk, the name giver of the fund, born in 1917 in Amsterdam, graduated in 1940 from the E.T.H. in Zurich. From 1951 to 1980 he was full professor of theoretical and applied physics at TH- (later TU) Delft.

Prof. Westerdijk had great didactic qualities. In the classrooms where he gave lectures there were often more students than there should have been. Prof. Westerdijk has given many lectures to students from other disciplines than technical physics. He liked it, while most physics teachers considered it to be a “corvee”.

Prof. Westerdijk did not want any gifts when he said goodbye in 1980. He eventually agreed that people who wanted to give a gift could do so by transferring money to the account of a fund to be established, which would bear his name and from which a prize would periodically be awarded to a lecturer or employee of the TU, who gives or has given a special contribution to education. The J.B. Westerdijkfonds Foundation was established in 1982. 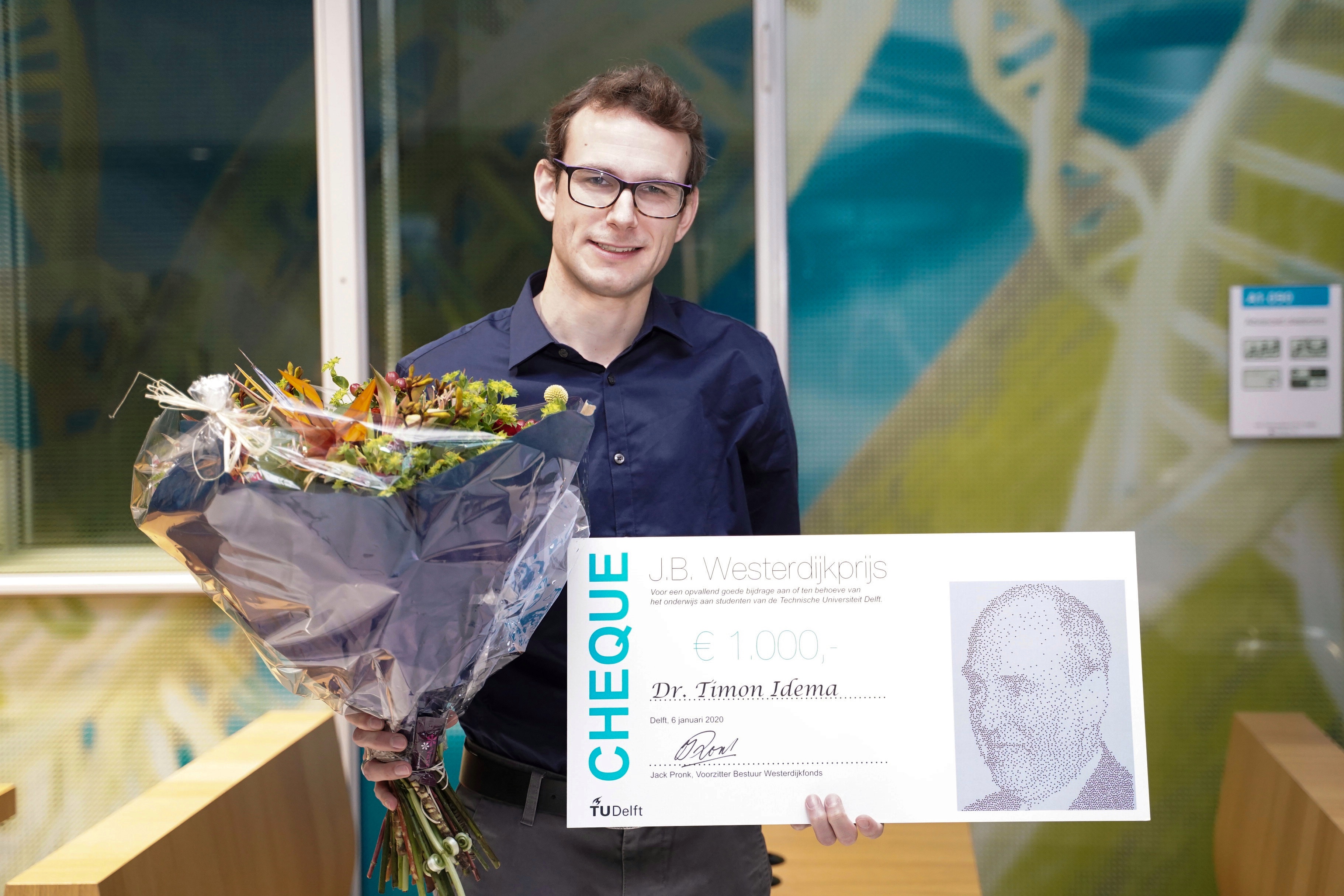