Two bits in one atom

Researchers at Delft University of Technology have succeeded in independently manipulating two different types of magnetism within a single atom. The results are relevant for the development of extremely small forms of data storage. In time, this new discovery could make it possible to store two bits of information in one atom.

The magnetism of an atom is the result of electrons orbiting around the nucleus of the atom. These rotations can be divided into two categories. "Compare it with the Earth orbiting around the sun", explains research leader Sander Otte. "On the one hand, the Earth orbits around the sun, which takes a year. On the other hand, the Earth also rotates around its own axis, which leads to the day/night cycle." It is the same with an electron revolving around an atom: the rotation around the nucleus of the atom is called the orbital angular momentum and the rotation of the electron around its own axis is called spin angular momentum or, in short, spin. 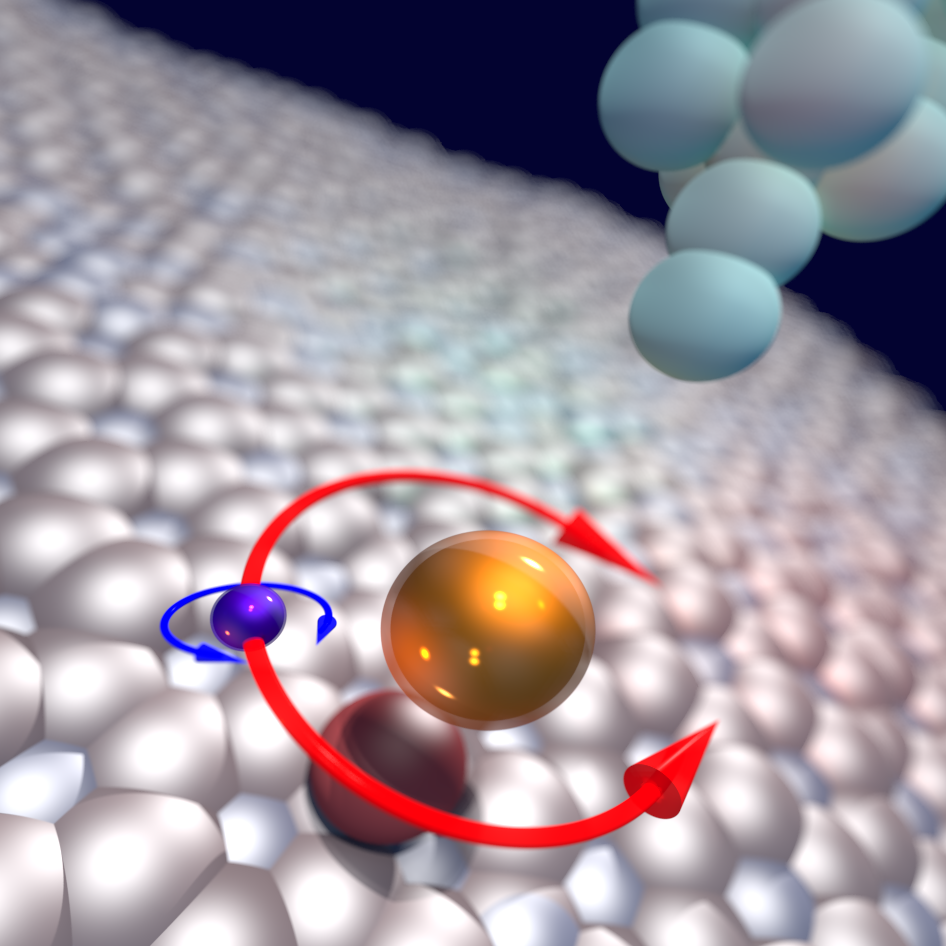 Orbital direction
Each of these movements could, in principle, be used to store information. The orbital rotation, for instance, can be clockwise or counterclockwise. These two rotational directions can thus represent the '0' and the '1' of a bit. The spin also has two possible rotational directions. So in theory you should be able to store two bits of information in a single atom. "In practice, however, this is quite difficult", Otte continues. "If you reverse the orbital direction, the spin direction almost always changes with it - and vice versa."

The Delft study, carried out in collaboration with Spanish and Chilean researchers, makes it possible to only reverse the direction of the orbital direction without affecting the spin direction. The fact that this has now been achieved is due to a phenomenon once predicted by Einstein and the Dutch physicist Wander Johannes de Haas. According to this Einstein-de Haas effect, the reversal of the orbital direction can also be compensated by an immeasurably small rotation of the environment - in this case the piece of metal to which the atom belongs. This effect had not been previously observed on the scale of a single atom, let alone that it could be applied to manipulate atomic magnetism.

Perfect separation
The researchers used a scanning tunneling microscopy, in which a very sharp needle scans atoms and can even move them at will. Usually, a magnetic atom makes contact with several neighboring atoms, which disrupt the magnetism. Otte and his team achieved the perfect separation between the spin and the orbital rotation they needed by positioning a magnetic iron atom precisely on top of a single, non-magnetic nitrogen atom. In doing so, they created an ideal geometry that rarely occurs spontaneously in nature.

The ability to store bits in individual atoms would increase the current maximum storage capacity by many thousands of times. However, Otte warns that atomic data storage is still a long way off. "The main result is that we have taken another step forward in our ability to control atoms and even the electrons that orbit around them. That is a wonderful goal in and of itself."

Image: artist’s impression of the atom studied under the needle of a tunnel microscope. The spin and orbital angular momentum are indicated by a small and a large arrow respectively.