A ruler next to a footprint or traces of blood. Soon that won’t be necessary anymore, thanks to a new technique developed by Delft University of Technology and the Netherlands Forensic Institute (NFI) for improving forensic photography during evidence gathering: the FreeRef. This intelligent camera will soon be able to record measurements with a higher degree of reliability and without the risk of disturbing evidence. The team of researchers won the Startup Challenge of Q-LAB Rotterdam, the innovation department of the Rotterdam police unit. The police and the Ministry of Justice and Security are currently funding and supervising the further development and upscaling of the product. The police are expected to start field testing the FreeRef field this year.

Q-Lab Rotterdam ensures that innovations for all departments of the police force are professionally set up and implemented, including Forensic Investigation. Q-Lab Rotterdam launched the Startup Challenge as an international competition in which researchers were challenged to come up with an innovation that could improve police forensics. The FreeRef was chosen as the most promising concept. 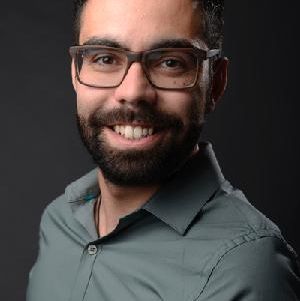 A revolver or knife with a ruler next to it. This is an all too familiar image for people who watch crime series or read criminal records. Every trace or other piece of evidence at a crime scene has to be thoroughly examined. Traces that cannot be taken away or stored, such as blood spatters, is visualised with a ruler to indicate its size. Photographing a crime scene and the various traces and clues found there are important for collecting evidence. This is not always easy.

‘The crime scene can be very messy, small or crowded. With a ruler, you have to be very careful not to spread any DNA or damage evidence when you put the ruler down near a new trace or other piece of evidence,’ explains Arjo Loeve of TU Delft. ‘Blood traces on a ceiling or wall, for example, are often tricky, as are other traces that you can’t take a straight photograph of. Then a second person has to hold a ruler or apply a sticker. These are the issues we tackled with NFI.’ 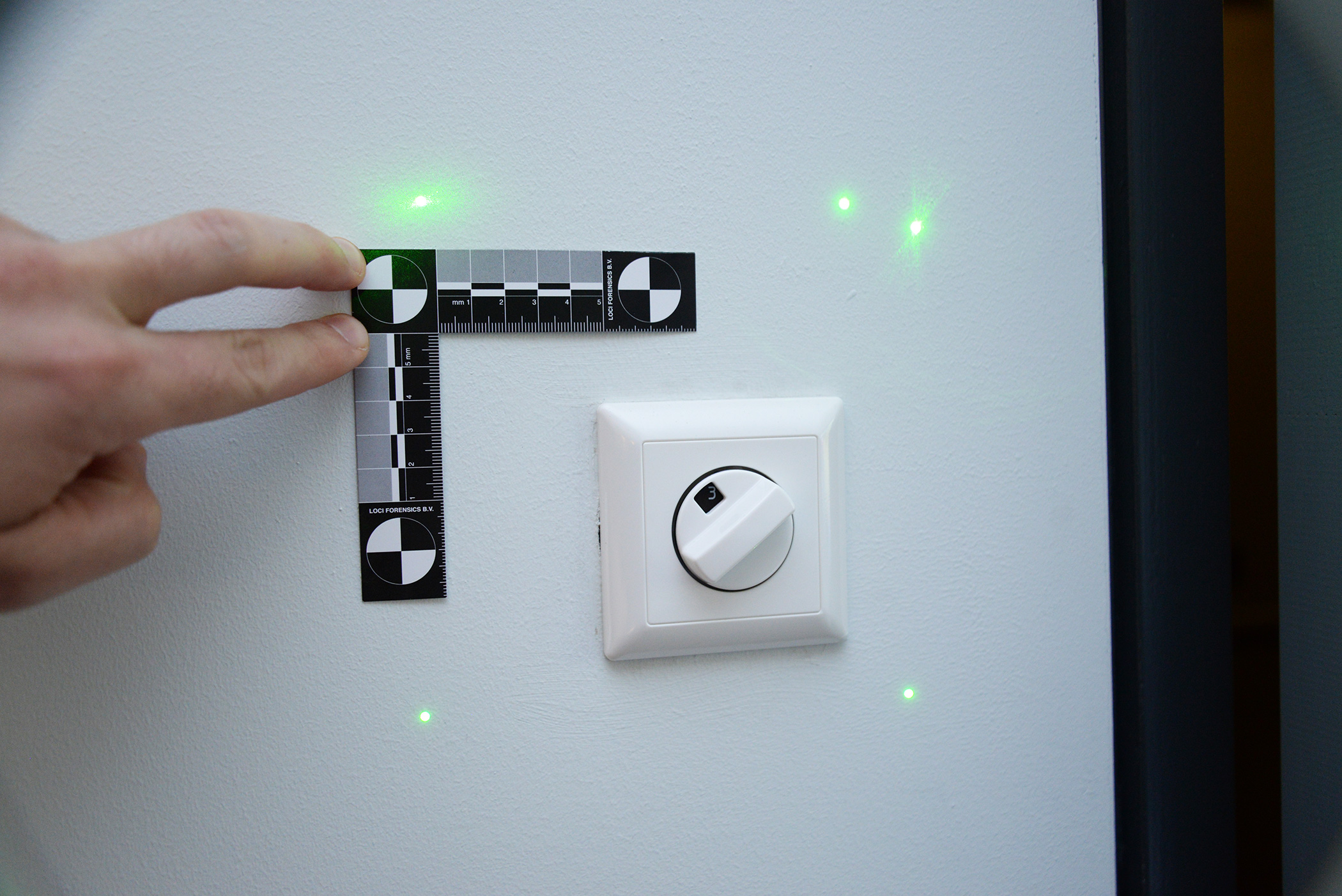 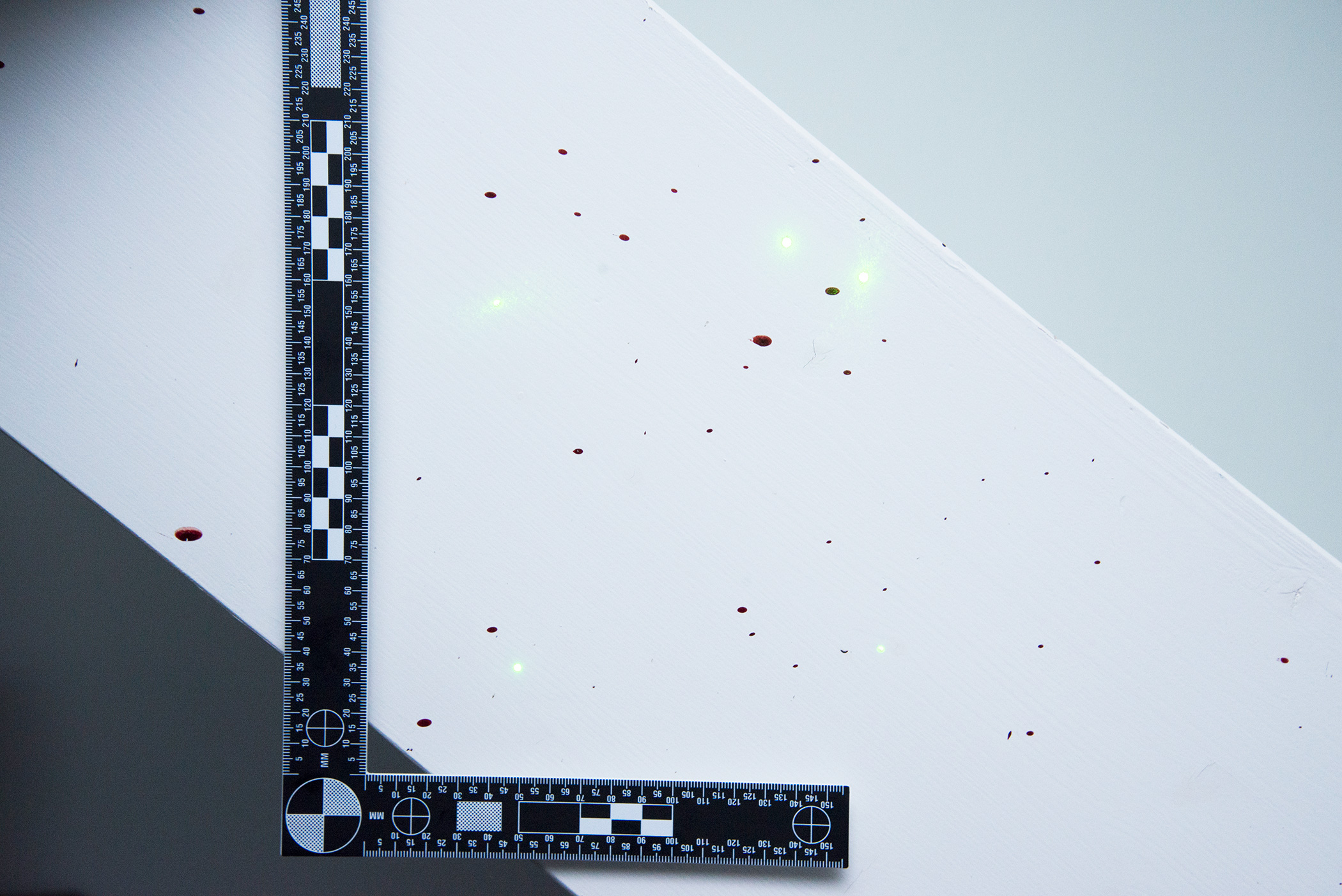 The Netherlands Forensic Institute (NFI) has a special team dedicated to discovering innovations that can facilitate work at crime scenes, says Paul van den Hoven of the NFI. ‘We thought, there must be a better way of doing this and TU Delft has a great deal of technical knowledge, which is why we turned to Arjo Loeve and his team of students.” They developed the technical design and software for the FreeRef. An attachment for the camera shines laser beams around the evidence where a number of light spots can be seen on the photo. The FreeRef’s software then automatically measures the distances and angles between these points, allowing it to calculate the exact size of the piece of evidence. The FreeRef can even determine the size of a trace when it is photographed at an angle. 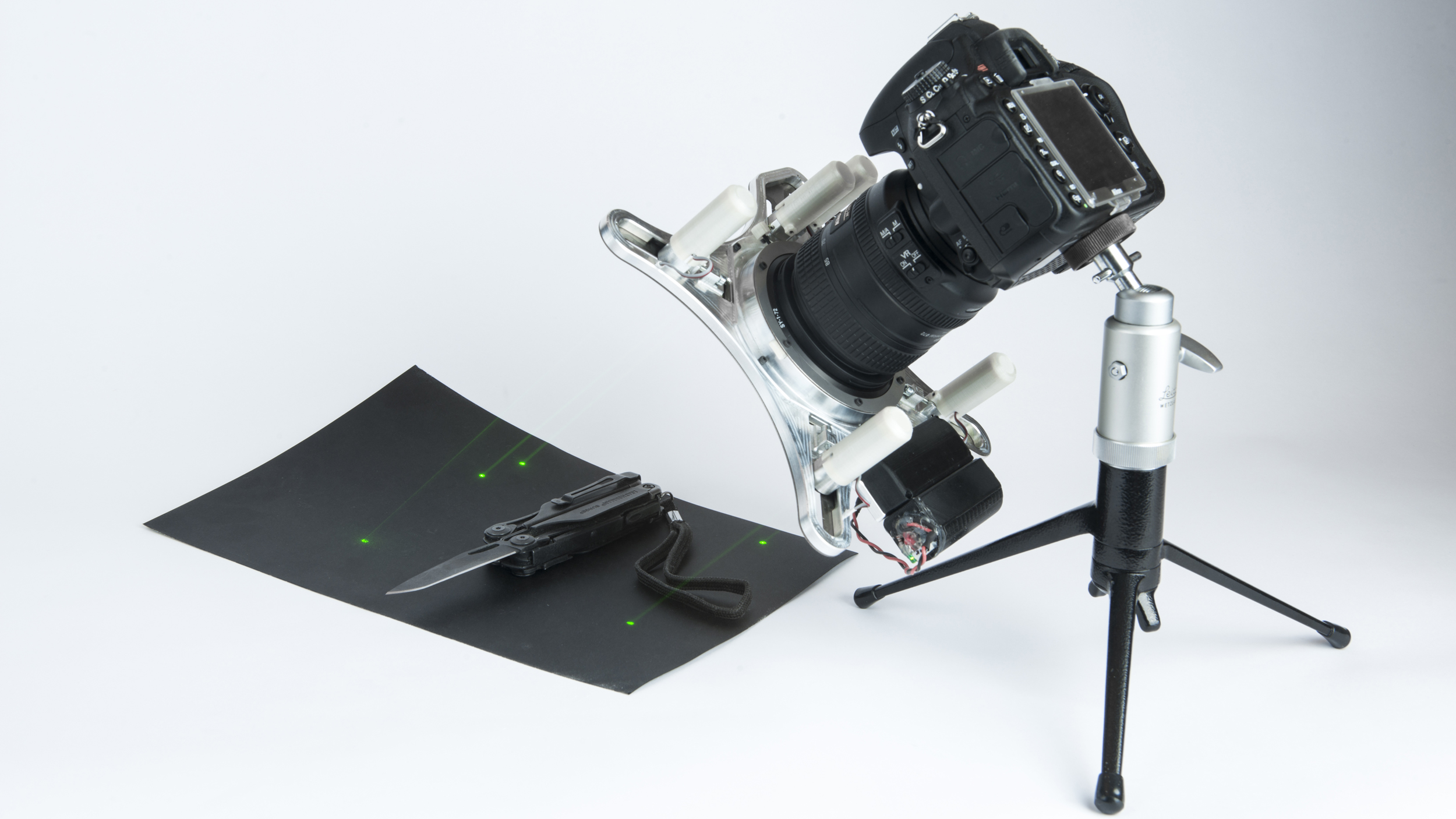 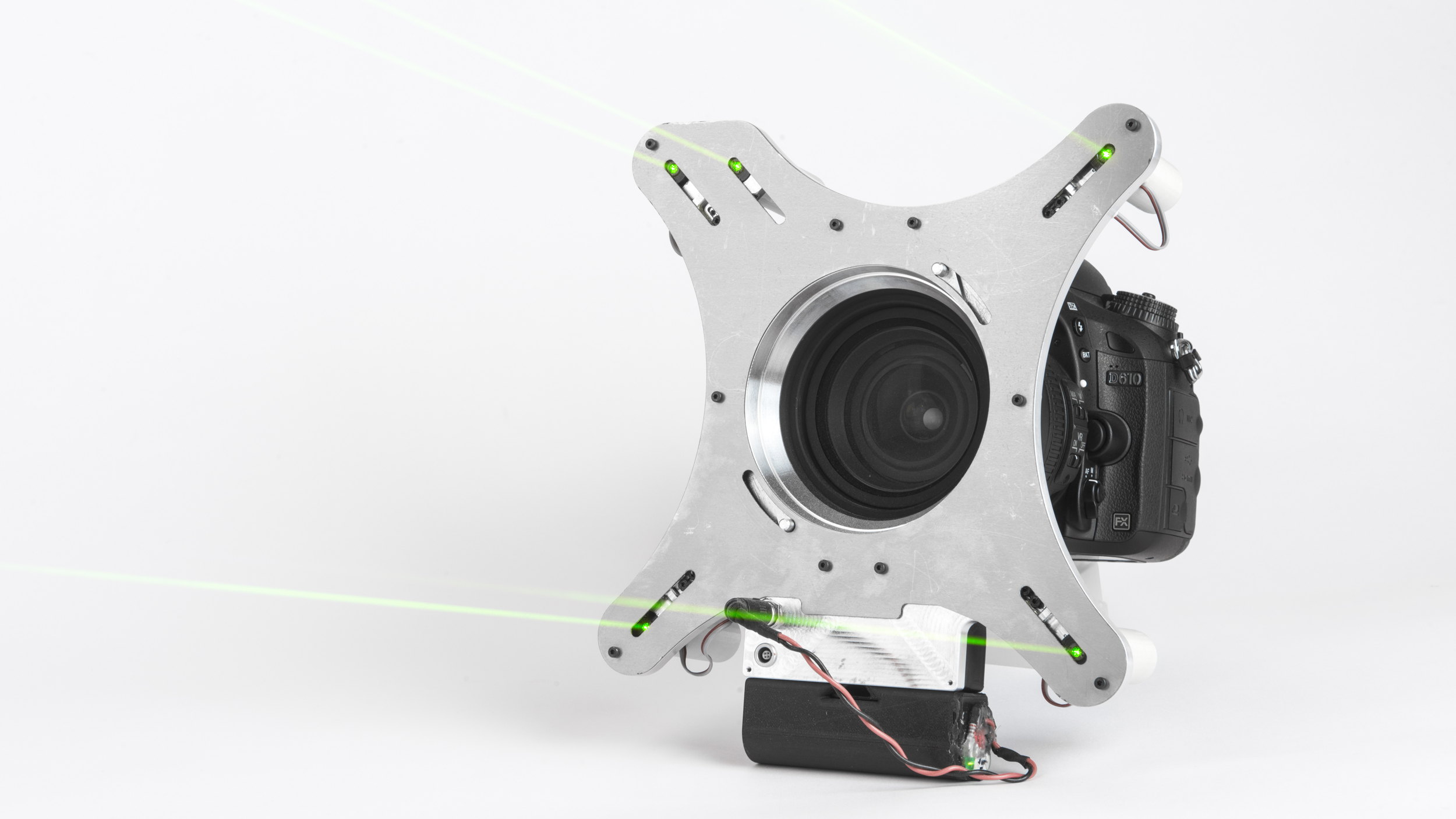 ‘The FreeRef will make forensic photography faster, easier, more reliable and safer,’ predicts Van den Hoven. The latest prototype and the improved software are currently being tested at the NFI laboratory: ‘Earlier, we tested the FreeRef at a simulated crime scene at the Police Academy. This resulted in the first adjustments. The use of the device at a crime scene, under changing circumstances and with changing users on a larger scale, makes high demands of the equipment. We are now collecting “data” at NFI’s DNA laboratory to test the FreeRef under laboratory conditions and further optimise the device. The Forensic Investigation Department of the Rotterdam unit is currently conducting user tests so that design can be adapted where necessary. If the test results of this new technique in Rotterdam are positive, then the device could be rolled out to the rest of the police units.’