National Geographic Magazine's October cover story 'How green, how soon?' is about sustainable aviation. In the spring, top photographer Davide Monteleone visited the faculty to take spectacular photos and videos of the Flying-V and the SmartX-alpha flexible aircraft wing for the magazine. For this, the scale model of the Flying-V and the wing were tested in the Open Jet Facility using Particle Image Velocimetry (PIV). The story and images of the Flying-V were ultimately chosen by the magazine's editors for the paper magazine, the flexible wing also features on the website.

Click on the cover below to read the article on National Geographic's website of buy the magazine at the store. The Dutch/Belgian edition is for sale throughout the country from September 30, and the International edition from the first week in October in the Netherlands. 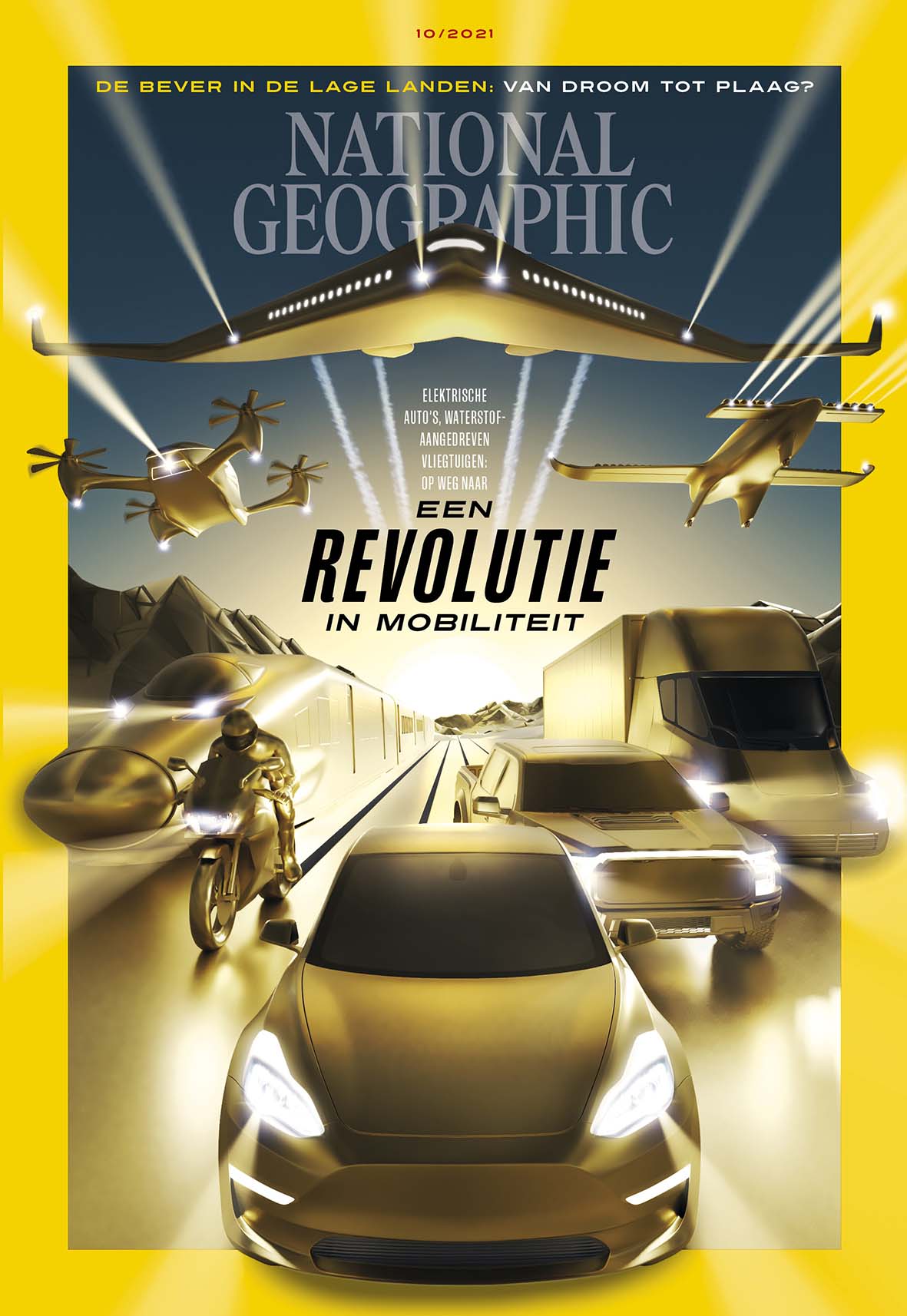 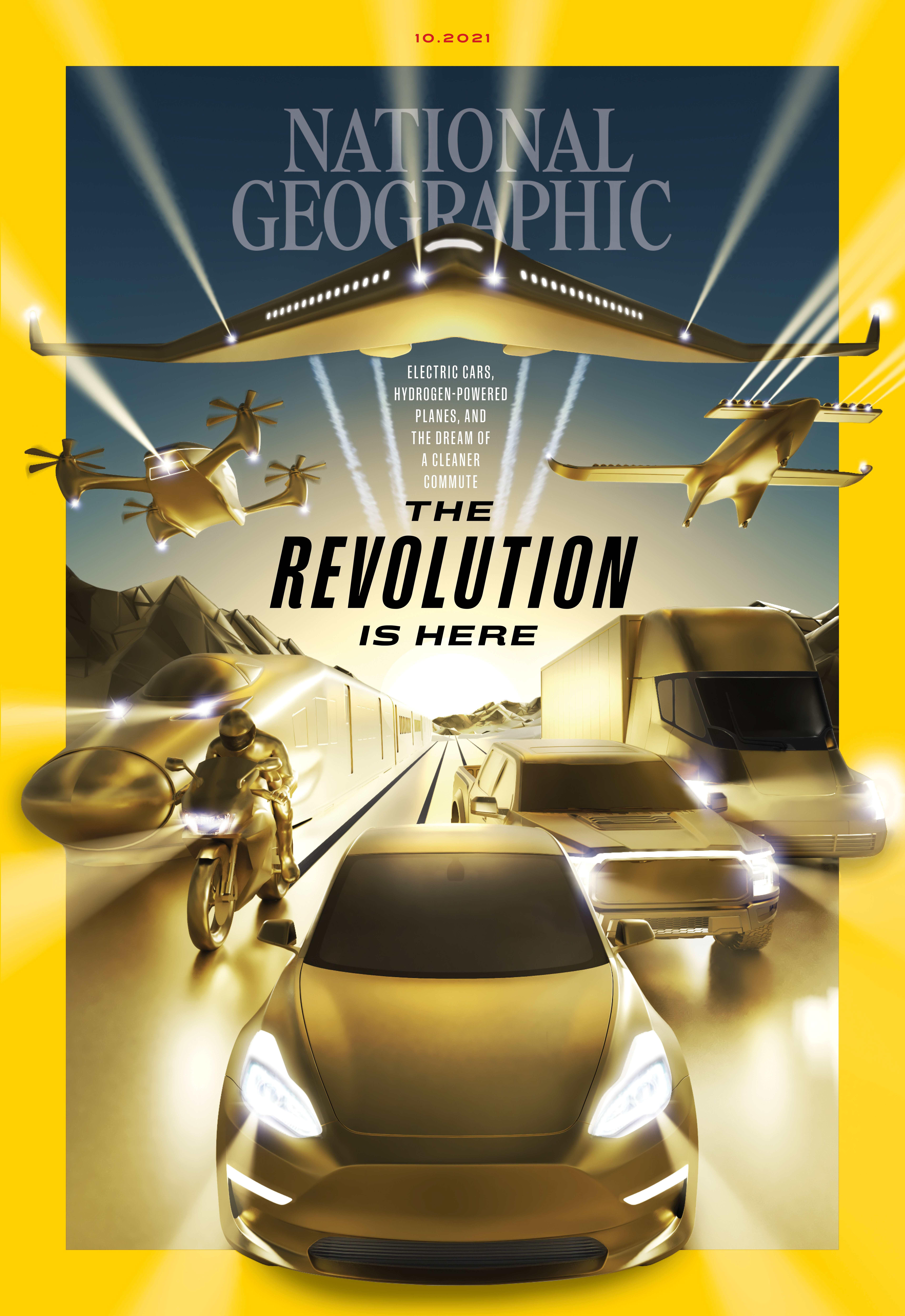 Sneak preview of the images

With National Geographic Magazine's permission, we are allowed to give a sneak preview of the visuals it contains. Obviously not suitable for copying. 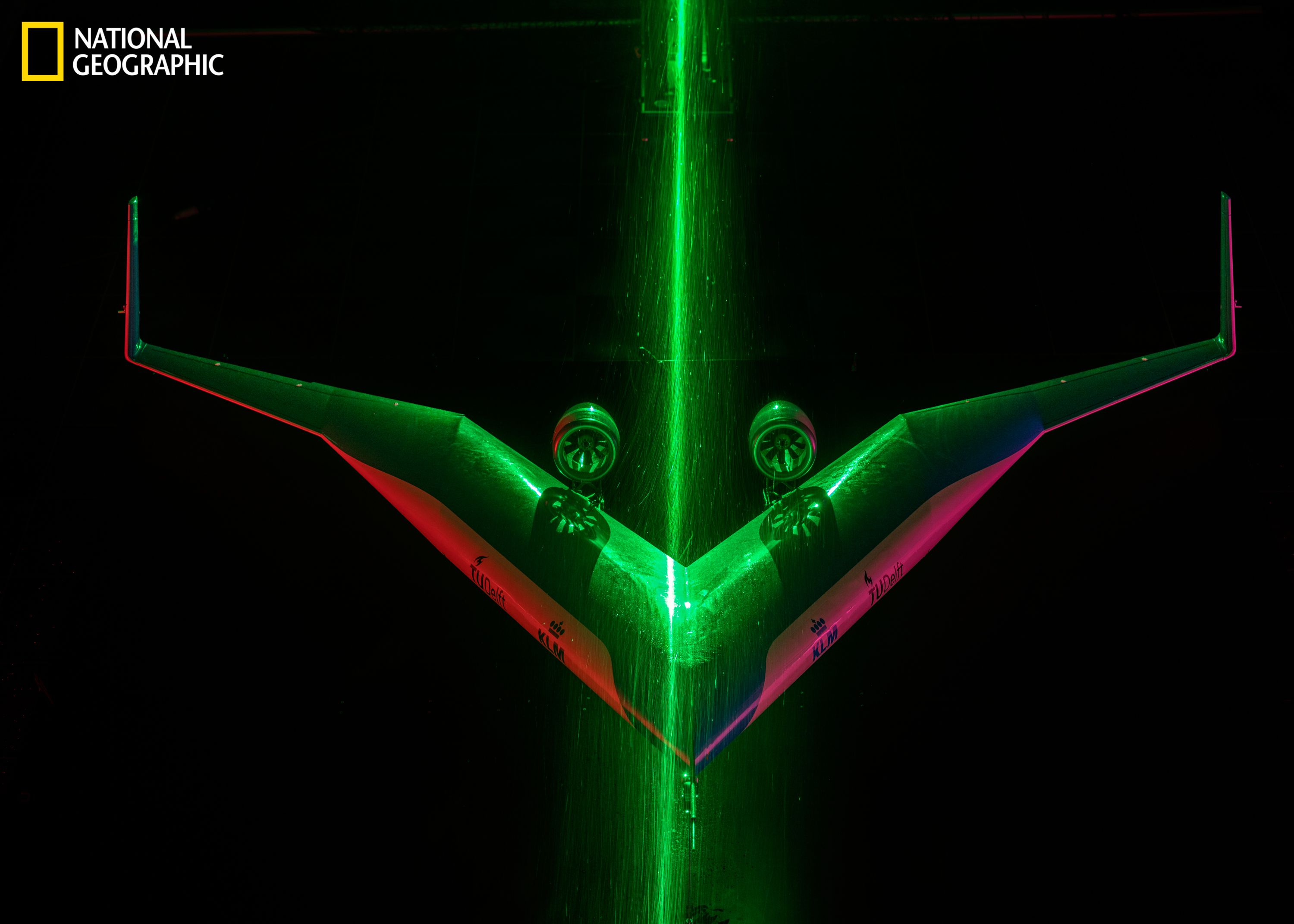 Flying-V, developed at Delft University of Technology in het Netherlands, undergoes testing in a wind tunnel. The radical design, known as blended wing body, may prove to be 20 percent more efficient than conventional airplanes. Both Airbus and Boeing have tested similar models. (Davide Monteleone/National Geographic) 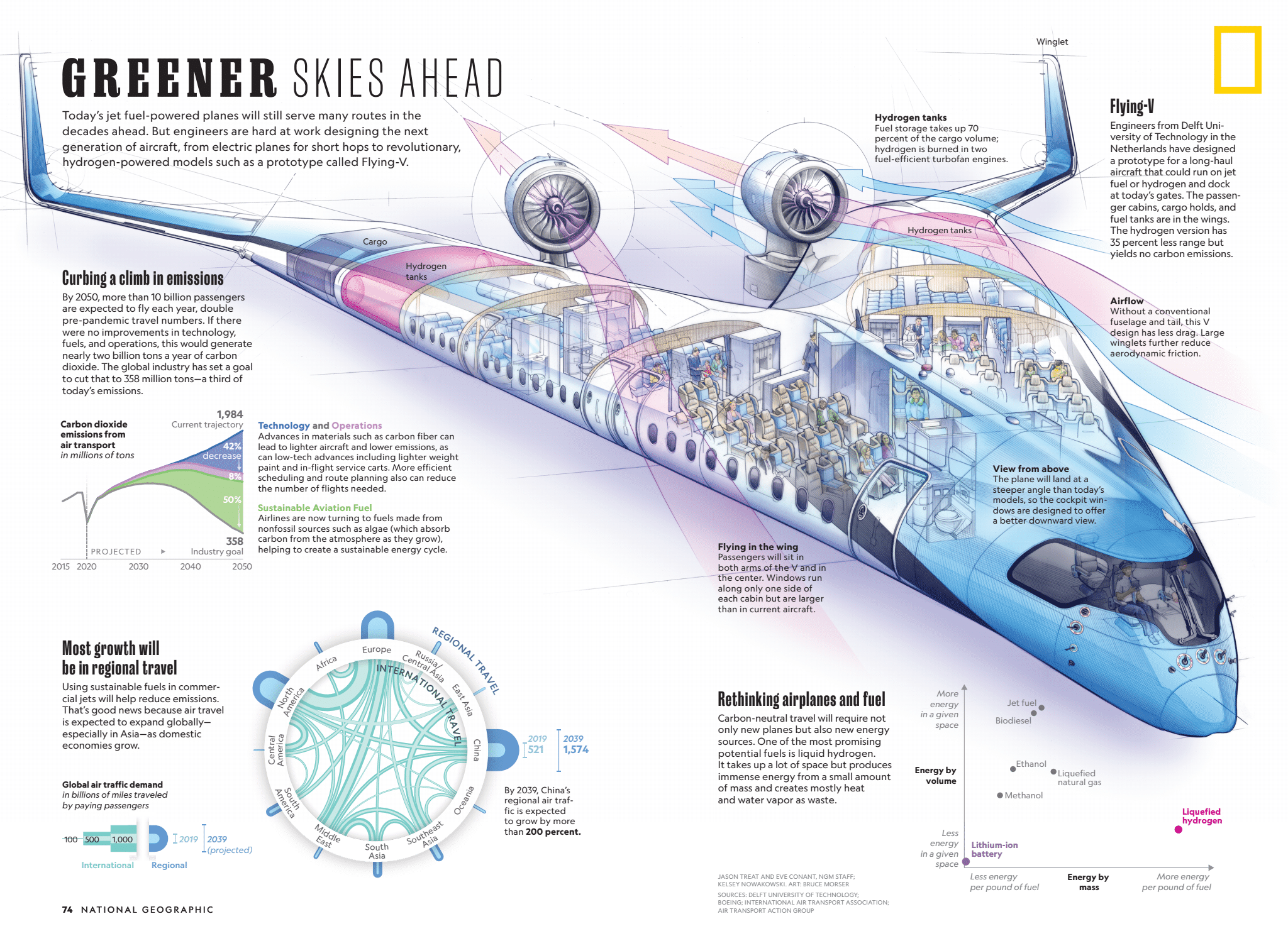 Read more about what TU Delft does about sustainable aviation.

Take a look inside the Flying-V