Juggling costs, capacity, safety and the environment in air traffic

Air travel connects countries and cultures. According to the Chicago Convention signed in 1944, travel even makes the world a more peaceful place. “So we need to make sure we keep flying, says Ricky Curran, Professor of Air Transport & Operations (ATO). “But not to the detriment of Mother Nature: we need a greener type of flight.” 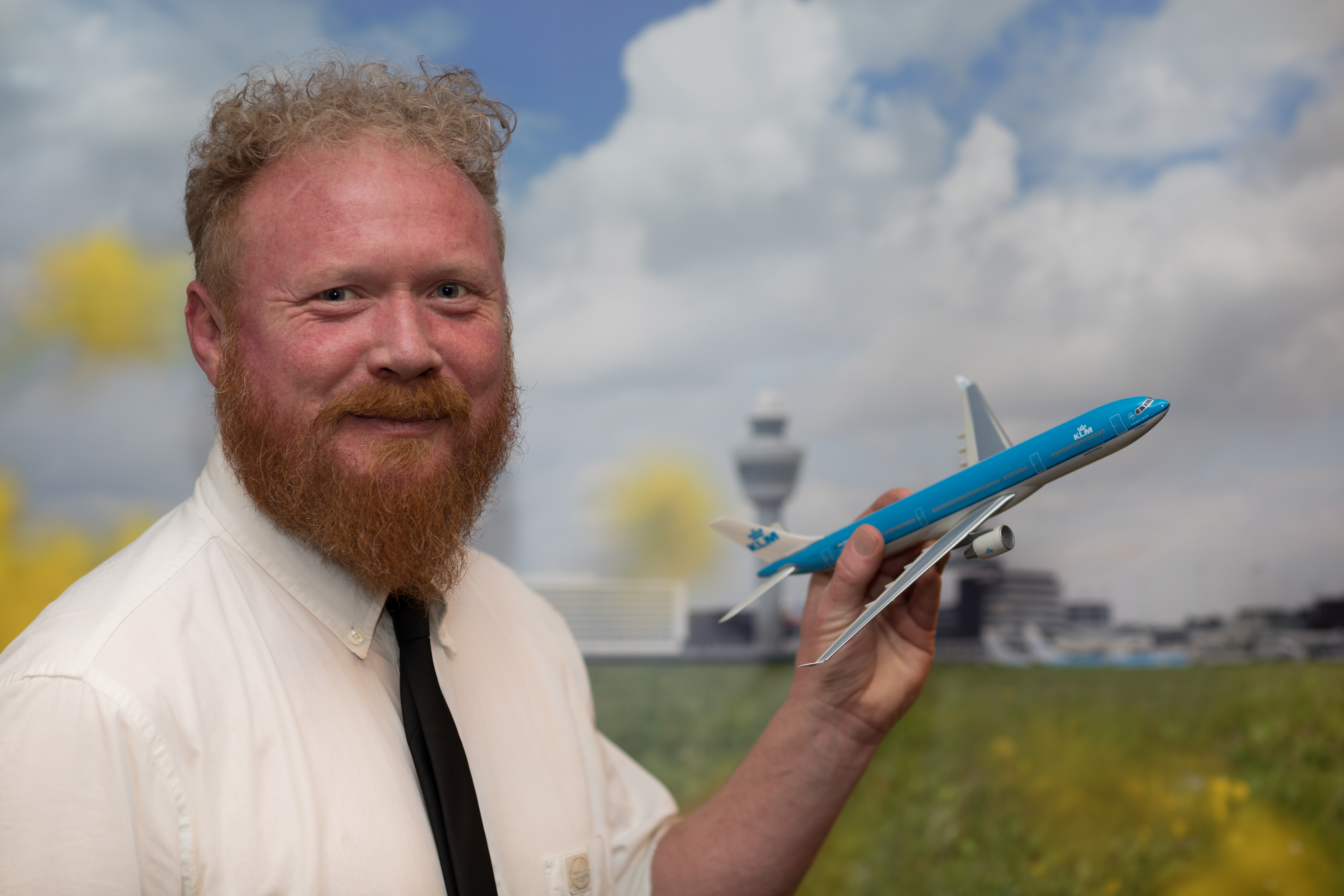 Curran is passionate about the environment. After studying Mechanical Engineering in Belfast, he worked for a solar-energy company in Spain. He spent a year travelling through India and Nepal and then conducted aeronautics PhD research on the design of an air turbine as part of a system to convert energy generated by ocean waves. “Wave energy has the potential to deliver a hundred times as much energy in a year as Ireland consumed in that same year. Very inspiring!” After switching to aircraft design, Curran completed a PostDoc on the development of more efficient aircraft in the Aerospace Engineering faculty in Belfast. He has been a highly enthusiastic Professor of ATO since 2008. “Almost all of our research has meanwhile been applied, which means it has found its way into practice. To me personally, that represents a fundamental value.”

Since day one, work ethics in ATO have focused on sustainability and the reduction of the environmental impact of airlines, air-traffic control and airports. Curran: “Actually we are juggling with costs, capacity, safety and the environment on an ongoing basis. The key question is to find out what the right mix of key performance indicators would be, which is why we're developing and devising methods, tools and models. I really enjoy this kind of reflection at the system level.” Curran was also a member of the scientific committee of Single European Sky ATM Research (SESAR). It shares the aim of optimising aviation in Europe relative to the same key performance indicators.

At the system level, ATO, together with KLM, worked on the consequences of the Single European Sky (SES). “In the past, airspace was fragmented, which made it difficult for aircraft to follow the shortest and most energy-efficient route. With a single European air traffic system, optimum use of airspace is more possible.” Around airports, ATO aims to improve the efficiency of landing, and minimising emissions. “An example of this is the continuous descent approach (CDA). In this landing procedure, an aircraft descends in a continuous flight to the runway, maintaining as high an altitude for as long as possible. This requires less engine capacity compared to the traditional stairstep landing approach and reduces noise nuisance and fuel consumption.”

Mother Nature gives us free clean energy. So let's use it!

In addition, a lot of work is being done on capacity modelling to maximise the efficient use of runways during arrival and departure. Consider all of the ground movements that aircraft make around the terminal. The more inefficient this is, the more fuel is needed and the higher the resulting pollution and nuisance. “Several studies are being conducted into an ‘electric taxi’ that can ferry aircraft to and from the terminal. It saves on aviation fuel, and can use renewable, clean energy.” There is also a focus on improving air quality and the ‘sound footprint’ of airports, with other colleagues in the faculty, such as the Aircraft Noise and Climate Effects section.

In addition to every aspect of air transport, ATO looks into aircraft maintenance, from cleaning agents to energy sources and efficiency. The department is working with Rotterdam The Hague airport and other parties to develop Rotterdam The Hague Innovation Airport. For this, one of the key emphases is on applying renewable energy alongside digital technology. “By the end of 2018, the aim there is to be CO2-neutral. A 20-hectare solar array is being built next to the runway and an Eco Wall is being researched: a smart wall that protects against emissions/noise and also serves as a viewing point and provides space for educational facilities and restaurants etc. in a holistic design.”

Of course, the recycling aspect of materials and systems is also being explored. Curran: “We are aiming for ‘cradle to cradle’: recycling with no loss of value. One of our former MSc students is successfully running an aircraft recycling-company, Aircraft End-of Life Solutions (AELS), so the first results have already been achieved. By nature, I am something of a hoarder. I throw nothing away, in the hope that I can reuse it. This is also related to my desire for a cleaner world. Not only for today, but also for the long term!”

The sense of responsibility that Curran feels for the environment has its roots in his childhood in Ireland. “I grew up in the natural world. My favourite activities were climbing, hiking and camping. That's something I miss about the Netherlands obviously, having even lived in a primitive Tibetan village in the Himalayas for a year at 4000m, but I really love the nature also here in the Netherlands and protecting that and the world for our children - and all future generations. I am also fascinated by oceans. I have a deep respect for the power and beauty of unspoiled nature. After studying energy from ocean waves, I realised that Mother Nature actually gives us free clean energy. Isn't that fantastic? So let's use it!”