TU Delft (2017 - present)
In February 2017 I started my postdoctoral research in seismo-acoustics. I study the interaction of seismic waves in elastic media (solid-earth) with acoustic waves in fluid media (oceans and atmosphere). Specifically, I use signals from impulsive sources, for example earthquakes and explosions, that have coupled from the subsurface to the oceans and atmosphere to produce acoustic waves, aka infrasound in the atmosphere, to say something about the source, the media of propagation, and the geophysical coupling process.

Ph.D.: Ben-Gurion University of the Negev (2011 - 2016)
During my doctoral studies I focused on computational seismology. The goal of my Ph.D. research was to set the grounds for ground motion prediction during strong earthquakes in data-poor regions, both on a local and a regional scale. In my dissertation, I tackled several problems pertaining to seismic-wave propagation and source rupture effects. My work on these topics, partly outlined in 4 peer reviewed publications, contributed to the theoretical understanding of seismic-wave propagation through complex geometries and effects of earthquake rupture mechanisms on the distribution of expected damage. 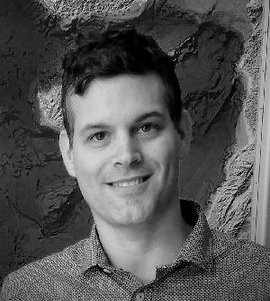