Egidio Quaglietta is Assistant Professor in Railway Traffic Management at the Department of Transport and Planning, TU Delft. He has been intensively working in the field of railway signalling since 2008 when he started his PhD research in a joined three-year project on simulation-based signalling optimisation with the Italian railway system supplier Ansaldo STS and the University of Naples, Federico II. Later on, he mainly worked on the development, integration and testing of automated algorithms for railway traffic planning and management for the European FP7 funded project ON-TIME. Egidio then joined the British railway infrastructure manager Network Rail where he was actively involved in the business analysis and impact assessments of innovative signalling (ETCS Level 2 and Level 3) and traffic management technologies for the UK railway industry programme “Digital Railway”, funded by the UK Ministry of Transport. He also successfully led the sub-project on “Operations for Enhanced Capacity” for the European FP7 funded project Capacity for Rail (C4R) which contributed to the development of ground-braking tools for integrated strategic and tactical railway planning as well as a roadmap for increasing levels of automation in European railways. Main interests are in the areas of advanced simulation methods, railway traffic and infrastructure optimisation, innovative signalling technology and automated railway operations. Egidio is a member of the Institution of Railway Signal Engineers (IRSE).

MOVINGRAIL (Shift2Rail EU H2020 funded project)
The project MOVINGRAIL has been granted to TU Delft by the Shift2Rail Joint Undertaking of the European Commission as winner of the open call S2R-OC-IP2-01-2018. MOVINGRAIL applies a multidimensional analysis framework to facilitate the development of train-centric signalling from the operational, technological and business perspectives. Next-generation signalling technologies such as Moving Block and Virtual Coupling are the focus of this project, featuring hands-on cooperation with many of the most prominent European railway companies to step forward into the future of digital high-performance railway operations. Innovative testing methods for Moving Block signalling will be developed while a detailed feasibility study of the cutting-edge Virtual Coupling concept will be performed to understand its applicability to different segments of the railway market. In MOVINGRAIL, Egidio leads the work stream on Business Analysis of Virtual Coupling.

Digital Railway (UK national programme funded by the Department For Transport)
Egidio has successfully led the work stream on requirements for built infrastructures to enable digitalisation of railway operations on the UK network. Also, Egidio was involved as a main consultant by the railway infrastructure manager Network Rail to investigate on the impact of advanced signalling (ETCS Level 2 and 3) and train control technologies (traffic management system, ATO and DAS) on railway capacity, punctuality and energy efficiency.

Capacity4Rail (EU FP7 funded project)
Egidio was leader of the sub-project on "Operations for Enhanced Capacity" managing a team of 7 international institutions including research institutions, universities, railway and software companies. Outcomes of this projects includes advanced tools for automatic and optimised strategic and operational railway traffic planning, improved strategies for managing railway disruptions due to extreme weather events, a roadmap for increasing automation levels in European railways, a web-based semantic architecture to support traffic controllers and customers during disruptions of public transport systems.ON-TIME (EU FP7 funded project). The ON-TIME project developed and tested in a realistic simulation environment pioneering models for optimised, robust, automatic planning and management of railway traffic including advanced driving decision support tools to minimise train energy consumption. Egidio was one of the main contributors to develop, test and integrate algorithms for real-time traffic management and optimal timetabling, also dealing with the complex problem of fusion and standardisation of railway data to feed models/algorithms and support operational decisions.

SITRAM (national Italian project funded by the Ministry of Innovation and Research)
The project dealt with investing novel signalling technologies and traffic control policies to improve punctuality and energy efficiency of tram services. Egidio worked on implementing simulation models reproducing interactions between trams and passengers at platforms as well as between trams and car traffic on shared road sections.

Strategic Transport Plan of KAEC (Ansaldo STS)
The project was about developing a transport model for the newly built city of KAEC (King Abdullah Economic City) in Saudi Arabia, on the red sea. Egidio was involved in the implementation of an extensive transport model including both demand and supply, to support the strategic planning of the public transport system and main freight corridors of the new city.

Consulting projects on railway timetabling and operation analysis
Egidio has been involved as a consultant in several projects all around Europe mainly focusing on optimisation and design of railway timetables and improved strategies for effective real-time train operations. 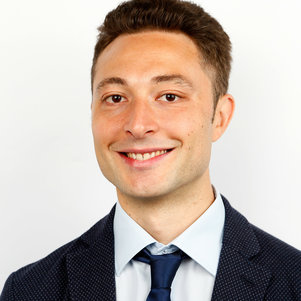