Taking apart an entire multi-storey car park in the space of a couple of days and putting it back together again somewhere else without wasting any materials? It may sound like the engineering of a far-away future but it may happen sooner than you think. Recycling materials is common practice nowadays but is it the best solution for the environment? Milan Veljkovic and his team at TU Delft’s faculty of Civil Engineering and Geosciences knew there had to be another way. In partnership with other universities, institutes and companies in the EU they started REDUCE, a project aimed at finding technological solutions which contribute to the circular economy.

The Stevin 2 lab is ringing with bangs and buzzes made by various pieces of equipment. Meters-long steel girders are hoisted into place to become part of an enormous structure sitting in the middle of the space. Here the world’s biggest experiment in the field of reuse in construction is in full swing.

The structure measures fifteen by five metres and is part of a real car park building. The experiment is meant to prove that it is possible to build and deconstruct a building after it has been used without damaging materials. ‘It is common knowledge that something must be done about the waste of materials and natural resources in our sector. What we have to do is to prove that technological innovations can be both safe and good for the environment,’ Veljkovic  says, eying his handiwork with some pride.

Traditionally the steel and concrete components for composite construction are manufactured separately. The concrete is commonly poured into the building on site. The steel connectors connecting the beams and concrete are hidden in the concrete and cannot be reused without demolishing it. Prefabricated concrete elements are already in use but even these cannot prevent the loss of material. The steel connectors used to join steel and concrete bend slightly under loading. This effectively renders them unfit for reuse and that, in the opinion of the scientists at TU Delft, is a complete waste of perfectly good materials.

They found that by making the connection concrete to steel using bolt holes a little larger, the bolts had more room to move and no longer locally damaged the surrounding material. However, the added slip combined with live loading meant that the floor deformed larger and that lead to ineffective use of structural material. They had to find a way of keeping the bolt in place without causing excessive deformation. The solution presented itself in the shape of a patented reinforced epoxy resin. The resin, which is liquid to start with, is injected into the void between the bolt and the bolt hole where in ten to twelve hours it hardens into a protective elastic layer around the bolt. In this way the resin both protects the surrounding material, immobilises the bolt and makes structure easy to disassemble.

The reuse of steel is not new in the Netherlands but it is very time consuming. This unique invention will do much to speed things up. ‘The construction and deconstruction of buildings should be a quick and easy process, a bit like an Ikea flatpack,’ says Veljkovic who thinks his innovation could revolutionise construction the world over. ‘We’re not just talking about multi-storey car parks. Think about the infrastructure. A road that is closed for weeks because of maintenance work on a bridge will be a thing of the past. If we build that bridge according to the principles of our system a damaged part could be replaced in hours!’ Veljkovic says.

The experiment is still in its initial phase during which the minimal amount of oversize of the holes is being determined. The smaller the slip, the steadier the building. Then the use of the bolts will be optimised. Fewer bolts mean quicker construction and deconstruction. In the final phase of the experiment the focus will shift to other structures. Tests will be carried out on materials lighter than concrete, such as FRP decks, so these can be used to accomplish lighter construction as well.

If the experiments go according to plan this new way of building can be brought to market. ‘It will have a gigantic impact on the circular economy. We will not only be reusing materials, we will be reusing entire buildings! This will be a major contribution to efficiency as well a boost for eco-friendly innovation.’

Share this page
Back to all stories
More stories about:
Urbanisation and Mobility
Resource availability
Climate change 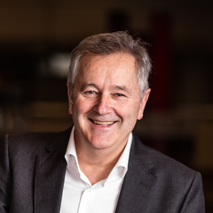 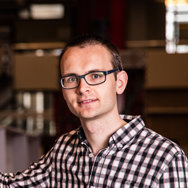 The aim of the REDUCE-project is to provide technical solutions, tools and guidance to assist in design for deconstruction as well as reuse, in particular of multi-storey steel-composite structures. Important goals in the project are to determine whole-life benefits of reusable structures through LCA and Circular Economy indictors, as well as to develop a demountable composite construction system.