Master’s student in industrial design Frederik Ueberschär used artificial intelligence to create non-existent satellite images of the earth’s surface in his interactive installation LANDSHAPES. People can change these landscapes, and in this playful way he wants to involve them emotionally in climate change.

Ice floes breaking off with a loud roar, deserts advancing, devastating forest fires — these are often the images citizens see when media cover climate change. Some people get frightened, others get tired or feel powerless. Master’s student in industrial design Frederik Ueberschär from TU Delft wanted to draw attention to climate change in a completely different way: by making use of the stunning beauty of the earth’s landscape as seen from high altitudes. 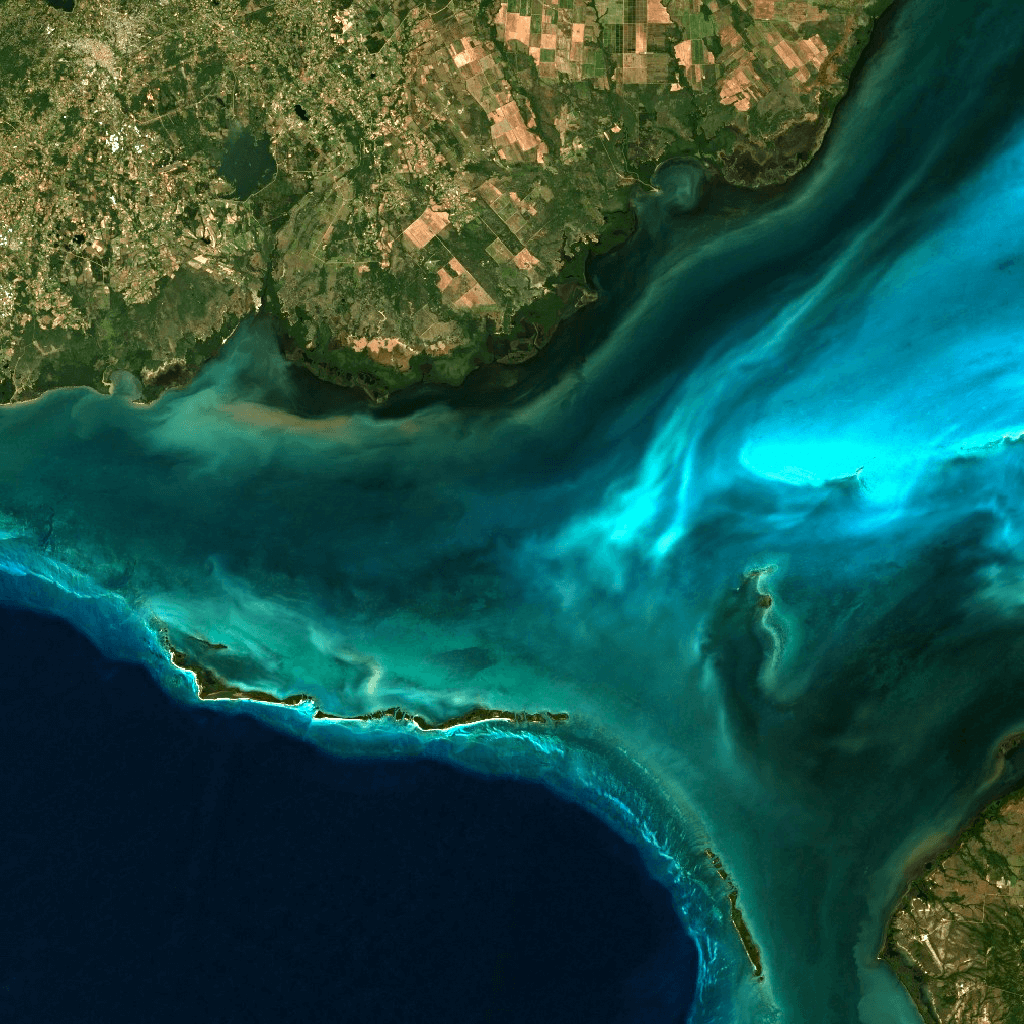 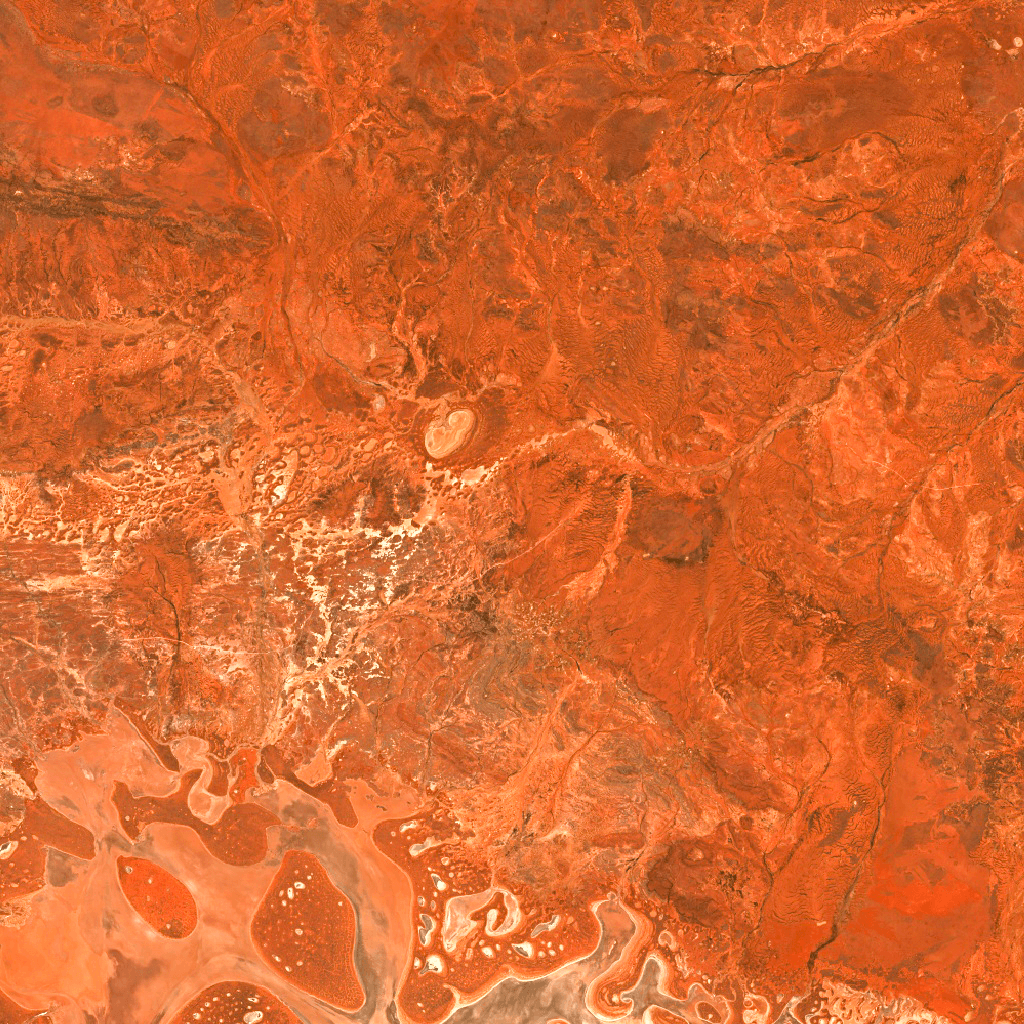 Ueberschär built a video installation called LANDSHAPES, in which he let artificial intelligence generate non-existent satellite images of the earth’s surface. He strung them together into short movies. In the movies you can see how green vegetation rapidly overgrows a desert, how a river meanders through a tropical rainforest like a snake, shifting its bed little by little, and how a land mass seems to eat into an ocean like a living organism. The images seem true to life, but are an artistic creation of artificially intelligent software.

“In my research, I discovered that there is a need to experience what climate change is doing to the earth, without immediately imposing a political agenda”, Ueberschär says. “I wanted to stay away from causing fear of climate change, but instead create engagement through beautiful images.”

For his graduation research Ueberschär examined what emotions the artificially created satellite images evoke in people. Do people immediately recognise the images as landscapes? Does their experience change if they look at them for a while or if they can influence the images themselves? He did not tell participants in advance that his installation is about climate change. “I didn’t want to explicitly teach people anything”, says Ueberschär. “I see my installation mainly as a gateway to more engagement with climate change. Eventually, I would like to exhibit LANDSHAPES in a science museum like NEMO in Amsterdam and integrate it with other stories about climate change.”

In LANDSHAPES, participants can choose whether to experience the movies as passive spectators or to actively influence them themselves. Ueberschär: “In the first case, people get a kind of meditative experience, as my test participants described it. If they themselves have some control over the images, they perceive it as more of a cognitive experience. Then you see people trying to explore landscapes in more detail, for example.”

‘At first I just saw a landscape, but then it turned into something that looked like a living cell’, is how one of the test subjects described her experience. ‘It looked like a civilisation overgrown by a forest’,  said another. ‘It reminded me of an alien landscape’, said a third. “Those were actually exactly the experiences I was hoping to evoke”, tells Ueberschär. 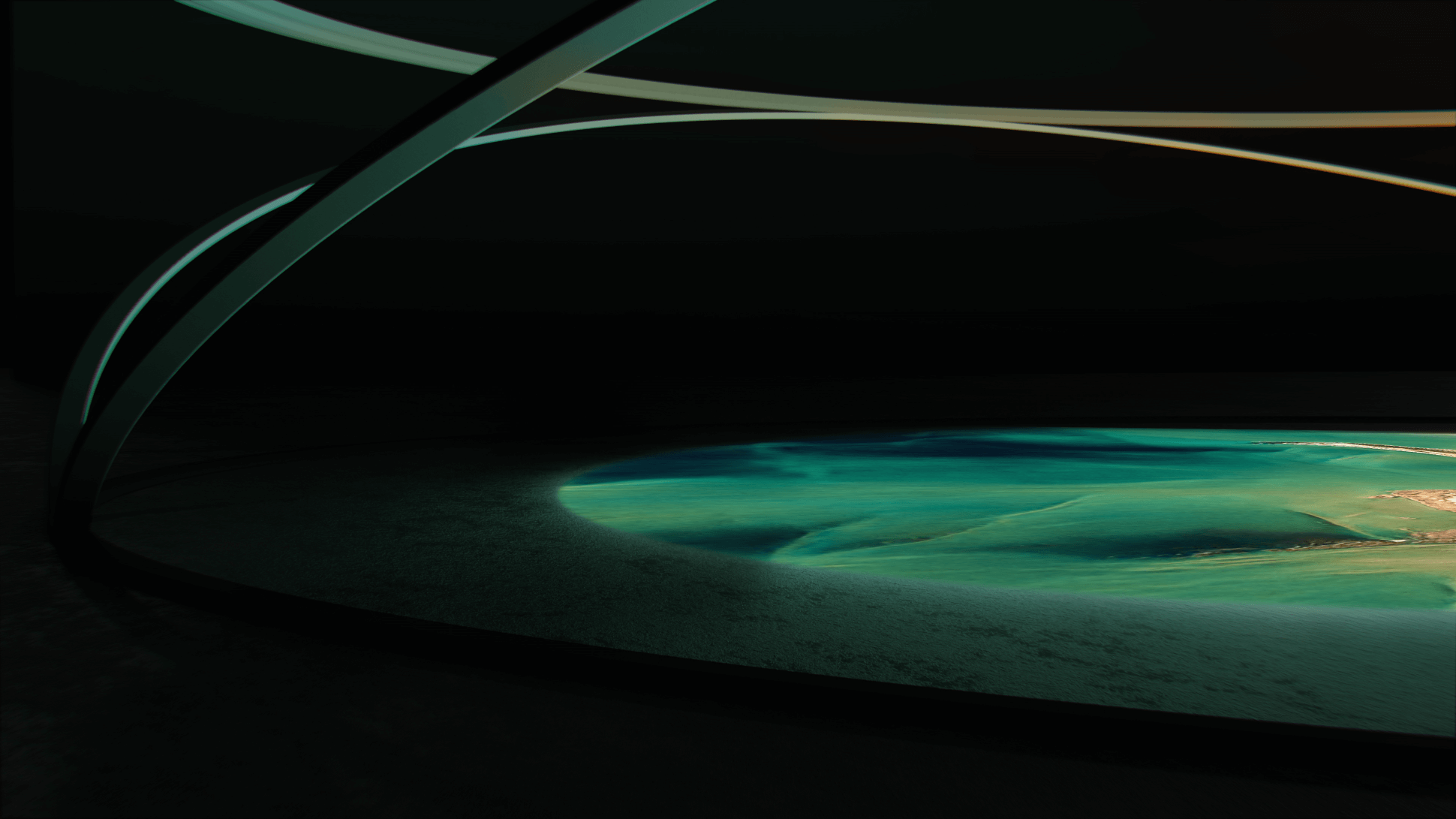 To create the artificial earth observation images, Ueberschär used a special piece of artificial intelligence: a so-called Generative Adversarial Network (GAN), a technology first developed in 2014 to create artificial images. A GAN consists of two neural networks that play a match against each other. Each neural network mimics in a highly simplified way how human brains recognise and create images.

Ueberschär collected some 4,500 freely available high-resolution earth observation images from the ESA satellite Sentinel-2. The images came from all over the world and were very diverse: from deserts to sea ice, from oceans to rainforests, and from urban environments to river deltas. He then trained an existing piece of artificially intelligent software — StyleGAN2 — for about a hundred hours to recognise patterns in those images. After the training phase, Ueberschär had the StyleGAN2 network produce over thirty thousand completely new, non-existent satellite images. From these new images, he made short videos in which landscapes organically flow into one another. He projected these images in his LANDSHAPES installation. 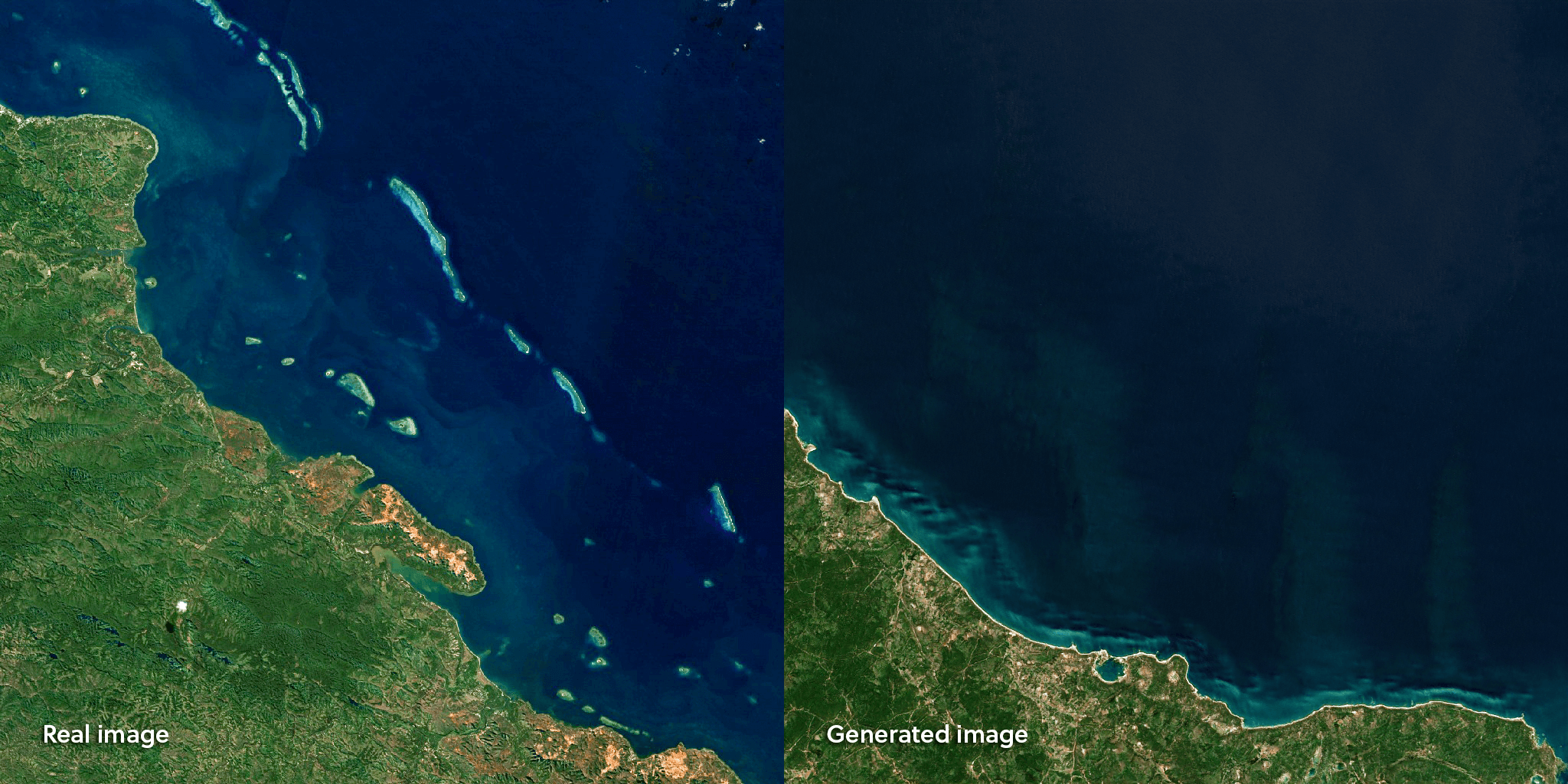 “Due to the corona measures, I was limited in buying materials for my installation and had to limit the number of subjects for the final test to five”, Ueberschär explains. “The final installation was therefore somewhat simpler than I would like to make for a museum in the future. But the prototype was just right for carrying out the planned scientific experiments.”

In the prototype, Ueberschär projected his images onto a wall and the test subjects were given a kind of joystick with which they could playfully change the landscapes themselves. “In the LANDSHAPES design that I conceptualized for museums, the images are projected in a circle on the ground and a kind of upright railing runs around the projection. Attached to that railing is a wooden handle that allows visitors to change the landscapes by moving around the installation, and discover its workings in a playful manner through trial and error.” 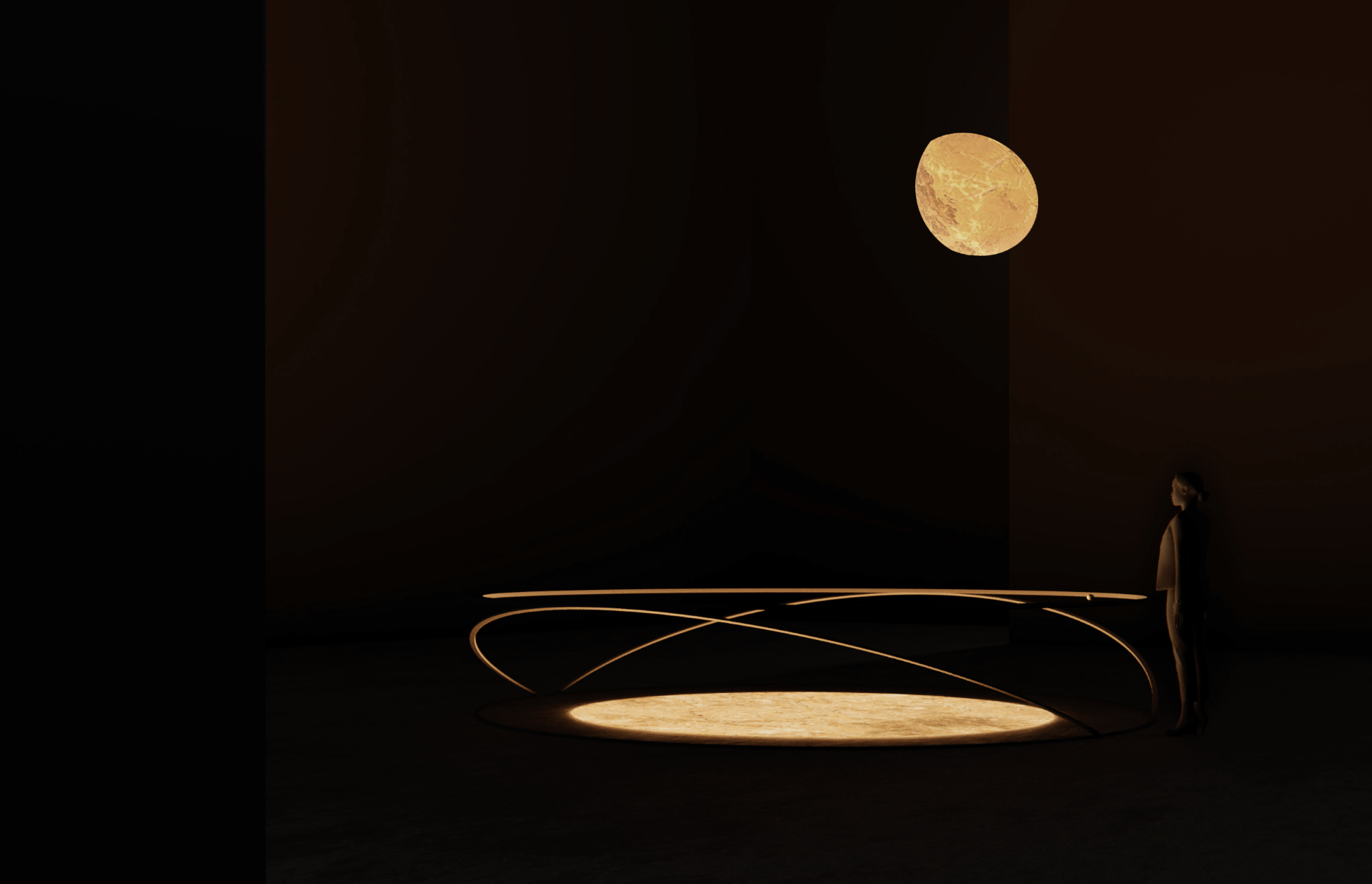 In his graduation project, Ueberschär wanted to combine the notions of industrial design, artificial intelligence and climate change in a playful way. He more than succeeded, as the graduation committee awarded him a 10 for his work.

Ueberschär sees the role of artificial intelligence in industrial design only increasing. “Take designing new headlights for a car”, he says. “Until recently, designers first had to design hundreds or thousands of possible headlights themselves, then select the most suitable ones. Now, artificial intelligence can generate large numbers of designs at the push of a button. It is then up to human designers to select the most suitable ones and modify them according to their own preferences.” 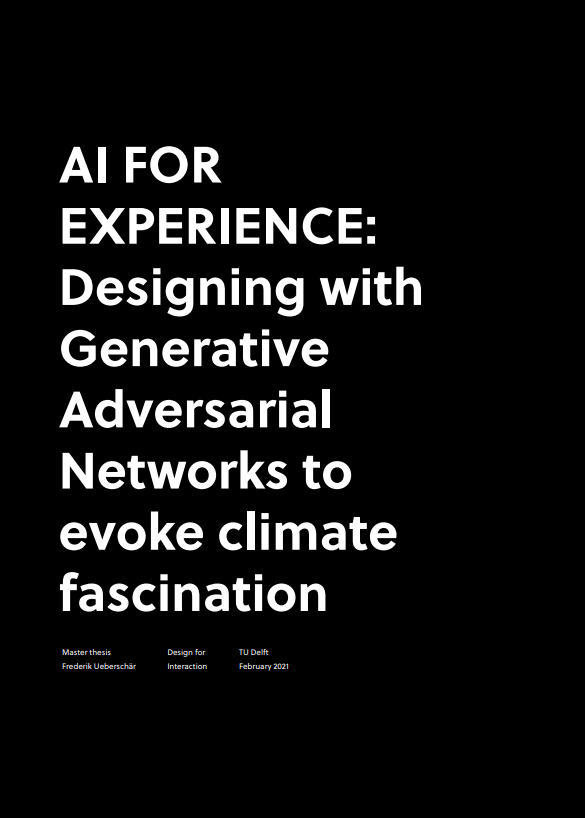 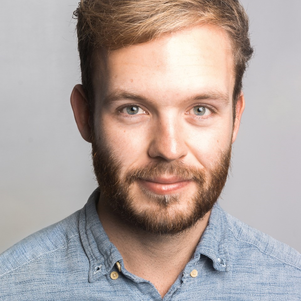 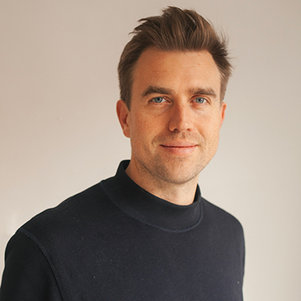 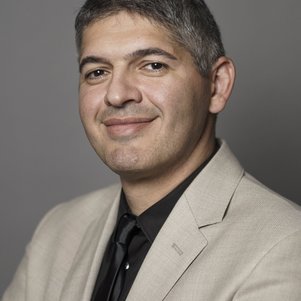