Cities are presently hosting more than half of Earth’s population, with their related anthropogenic greenhouse emissions and strong social issues such as spatial polarisation, social equity and well-being. Most current scientific work focuses on smart cities and the technological and economic opportunities they offer. However the social side of city transition is often neglected.

Many cities flourish with community governance, probably in response to a deficient representative democracy when dealing with local issues. An emergent practice – “shared resources in an urban context” (Foster and Iaione 2016)⁠ – is the collective management of urban commons by local urban communities.typo3/ However very little theory, if any at all, has been developed on urban commons and especially their governance.

This project aims to provide more theoretical background and practical tools. Elinor Ostrom’s (2009) Social-Ecological Systems (SES) framework offers a very useful list of variables to frame urban commons community governance systems and include them in their natural environment. This framing requires understanding the institutional diversity in cities, along with possible material and energy flows. The overall methodology to analyse the feasibility of urban-commons community governance (UCCG) follows the three levels of analysis proposed in the book Working Together (Poteete, Janssen, and Ostrom 2010): 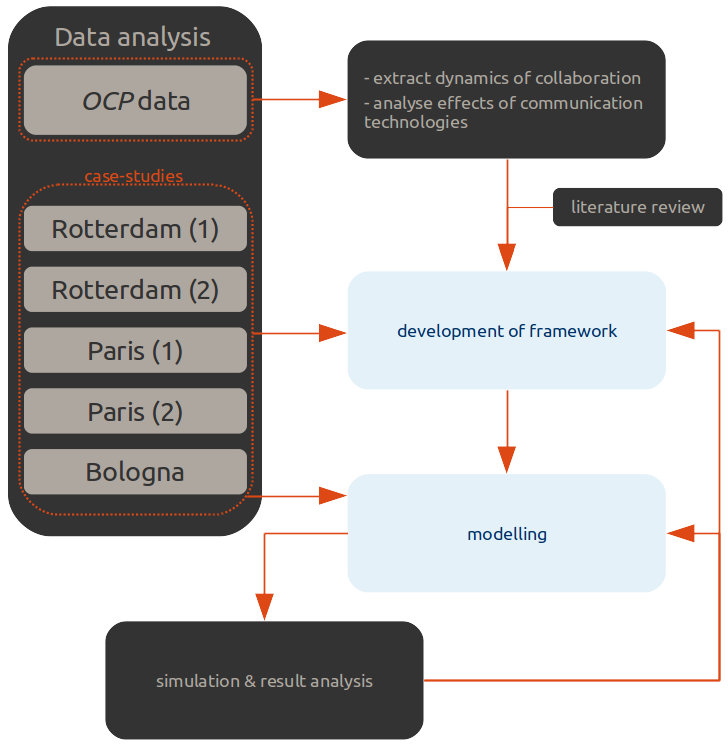 Diagram of the research approach

After a thorough literature analysis empirical knowledge will be gathered through two different European Online Community Platforms (OCP), used as an enabling communication technology. In parallel quantitative data will be collected from case studies located in Rotterdam, Paris and Bologna. This will serve as input to build an Agent-Based Model (ABM) which will enable testing various hypotheses in order to both understand the dynamics of institutions and social structures and evaluate their resilience.

The final output of the project is an ontological framework that shows the dynamics of urban commons community governance (UCCG) systems. It will analyse people’s incentives to cooperate, the typical bonds between formal and informal networks, and discuss the effects of the inclusion of local businesses on the ability of bottom-up initiatives’ to thrive.

Aside from reinforcing theoretical foundations on the urban commons, the project aims to provide understanding of community governance dynamics, independently from social-economical contexts. The resulting ABM can be used to create guidelines for successful future bottom-up initiatives and community governance. It also intends to computationally validate Ostrom’s design principles for the co-management of the commons, which were induced from examples. 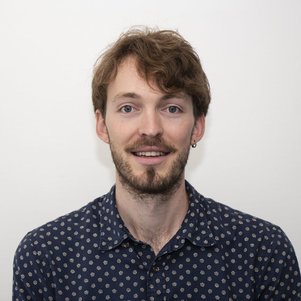 Originally from Grenoble (France), Arthur completed his BSc and MSc in Environmental Sciences and Engineering at the Swiss Federal Institute of Technology in Lausanne (EPFL). He worked as a Research assistant at the EPFL on novel usages of a snow cover model. At the University of Utrecht he developed practical methods for evaluating the biodiversity of Dutch grasslands. He acquired a growing interest for Big Data and online platforms to engage local communities towards the protection of biodiversity while working 6 months as a Technology Developer in an ETH Zurich spin-off. He is now a PhD researcher at the Energy & Industry section, Faculty of Technology, Policy and Management at Delft University.