The paradigm of agent-based computer simulation plays an important, growing role in social and natural sciences and engineering. Agents are seen as autonomous, proactive, interactive entities. A typical assumption behind agents’ decision making is rationality. Rationality can be seen as holding consistent beliefs and preferences over outcomes and using those to optimize actions.

Real human deliberation does not seem to be perfectly rational though. That is, beliefs can be inconsistent, preferences undefined, and actions can be a product of neither. This limits the power of rational choice models to successfully explain human behaviour and inform policy-makers well.

As a way forward we propose the concept of sociality as the leading principle of agency. This raises the question: how to adequately use social agents to improve policy models? A first step towards answering this question is to understand the principles behind social deliberation. Based on work by Dignum et al. we propose an initial list of important concepts:

The aim of this research is to build and test such a framework while balancing parsimoniousness and realism. We focus on two methodologies that can help in designing an adequate framework: formalizing (e.g. in logic) and simulating (e.g. programming in some agent language). Both methods

The resulting defining model propositions can then be compared to other models, empirical research or intuition – or serve as guidance to design empirical experiments. 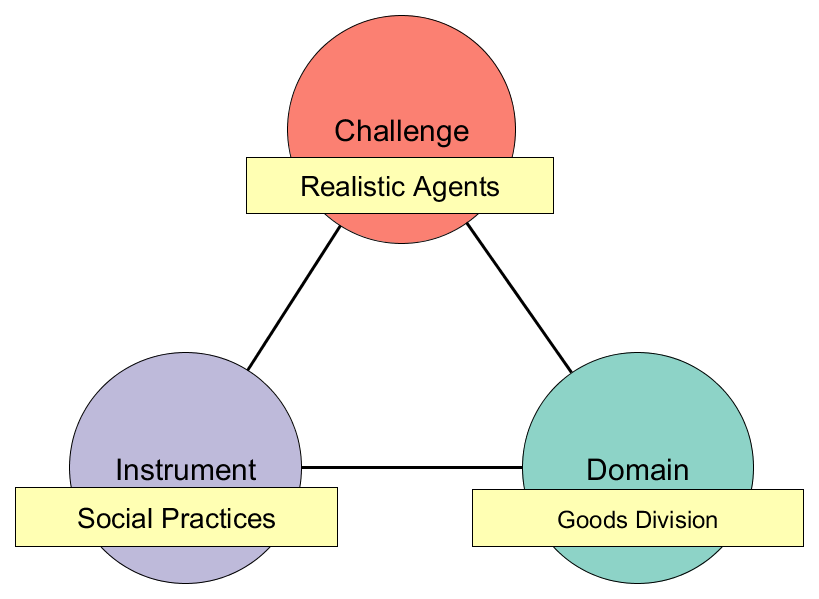 An overview of the research project

We aim to test our framework primarily in case studies related to the division of goods. One such case study could be NervousNet, an open source, distributed, privacy-preserving 'digital nervous system'. It promotes itself as an alternative to a single institution collecting and monitoring personal data. An important question for the success of NervousNet is how to motivate people to share their data and divide the resulting profit. The described social agent framework can help to answer this question, as it aims to integrate some important determinants for sharing and cooperating (e.g. context and values).

Rijk Mercuur has a bachelor’s and master’s degree in Artificial Intelligence from Utrecht University. He graduated on using agent-based simulations to get insight in the choice to eat vegetarian. His research focusses on bringing together computer science and social science. Before Rijk became a PhD student at TU Delft he worked as a data scientist at the municipality of Utrecht, The Netherlands.