Living in a living fungus: as far as Bob Hendrikx is concerned, this should soon be possible. During his graduation project ‘Interlink’ at the TU Delft Faculty of Architecture and the Built Environment, he did research into living architecture. “If we keep materials alive they will give us a lot more in return,” claims Hendrikx. His research eventually led him to mycelium, ‘nature's internet’, as a material to build with. A life-size, tactile test setup will be on show during Dutch Design Week 2019.

“If we keep building the way we do at present, we will soon have used up all the planet's natural resources and life on earth will no longer be possible,” says Bob Hendrikx. According to him, we must start looking for new ways of building: circular building with renewable materials. During his research he came across mycelium, the subterranean network of all the threads (or hyphae) of fungi. “Within this network, plants and trees not only share nutrients, they also share important information, for example when disease strikes.”

As part of his graduation project, Hendrikx made moulds that he packed with organic materials that have a strong fibrous structure, such as sawdust, hay, and hemp. He then introduced a fungus to this mixture that would digest the material. “This created a three-dimensional network that grew exponentially. After seven days, I took a solid block from the mould. I didn't subject the block to any further treatment, so it stays alive and is self-healing, and I can get various blocks to grow together. Besides this, the blocks are waterproof and non-flammable.”

“One condition for building with these living blocks is that you have to look after them,” says Hendrikx. If you don't give them proper care, the mycelium digests all the fibres and the material loses its solidity. It becomes a soft mass that is eventually assimilated into the earth. “This, incidentally, is what you would want once the material, or the structure built from it, is no longer needed. Because it is alive, it doesn’t need to be demolished, and it leaves no waste.”

In the future Hendrikx wants to use mycelium to build homes that will have an interface that monitors their care. “Just like the Tamagotchi, the user receives signals when the house requires care; the only difference is that the house really is alive. If you look after it well, the house will look after you in return. You could use sprays, for example, to introduce certain bacteria which will provide the house with heat or light. But, you could also grow yourself an extra room within a week, or include a plant on the roof.”

The components for a test setup are currently growing in moulds and Hendrikx will be exhibiting the result – called Mollie – during Dutch Design Week 2019. He is using a benign fungus from Japan for this installation. “A fungus is only potentially dangerous when spores and fruit, i.e. mushrooms, form. This fungus, however, is benign; you can eat the mushrooms.” During DDW, people will be able to view Mollie, feed it and touch it. “An outer layer is growing around Mollie that is really fluffy and soft to the touch.” Architecture has never been this tactile. 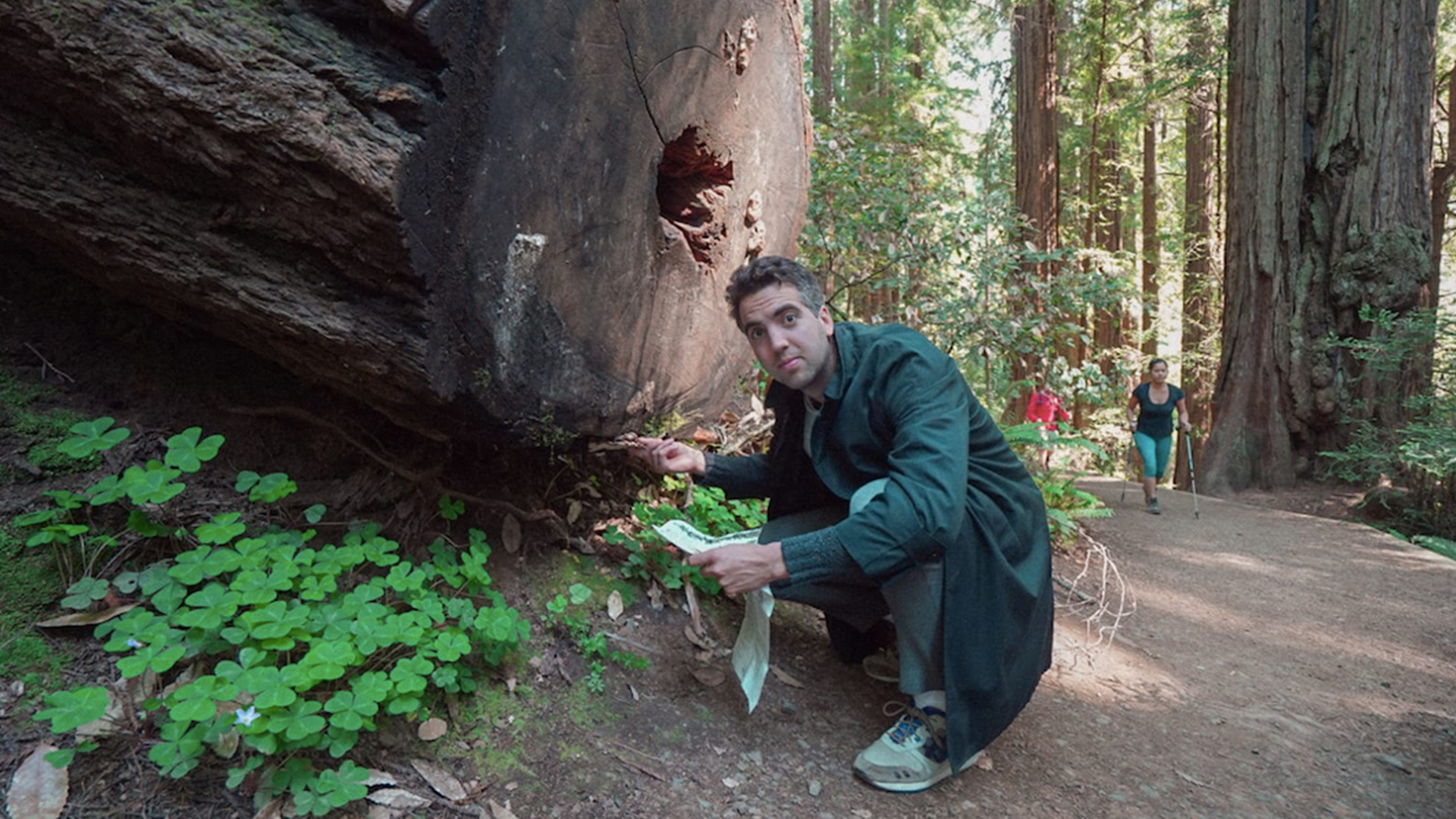 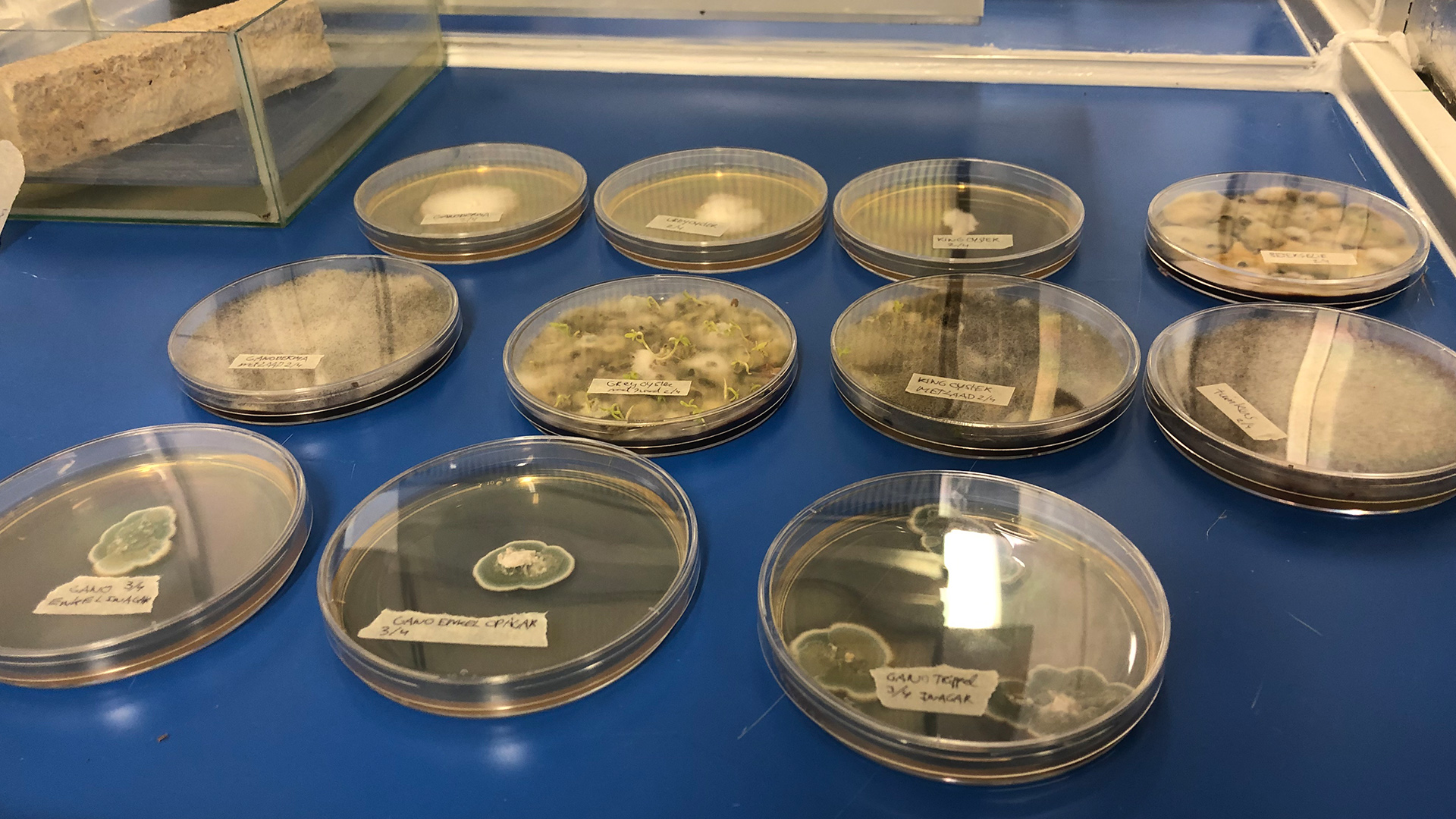 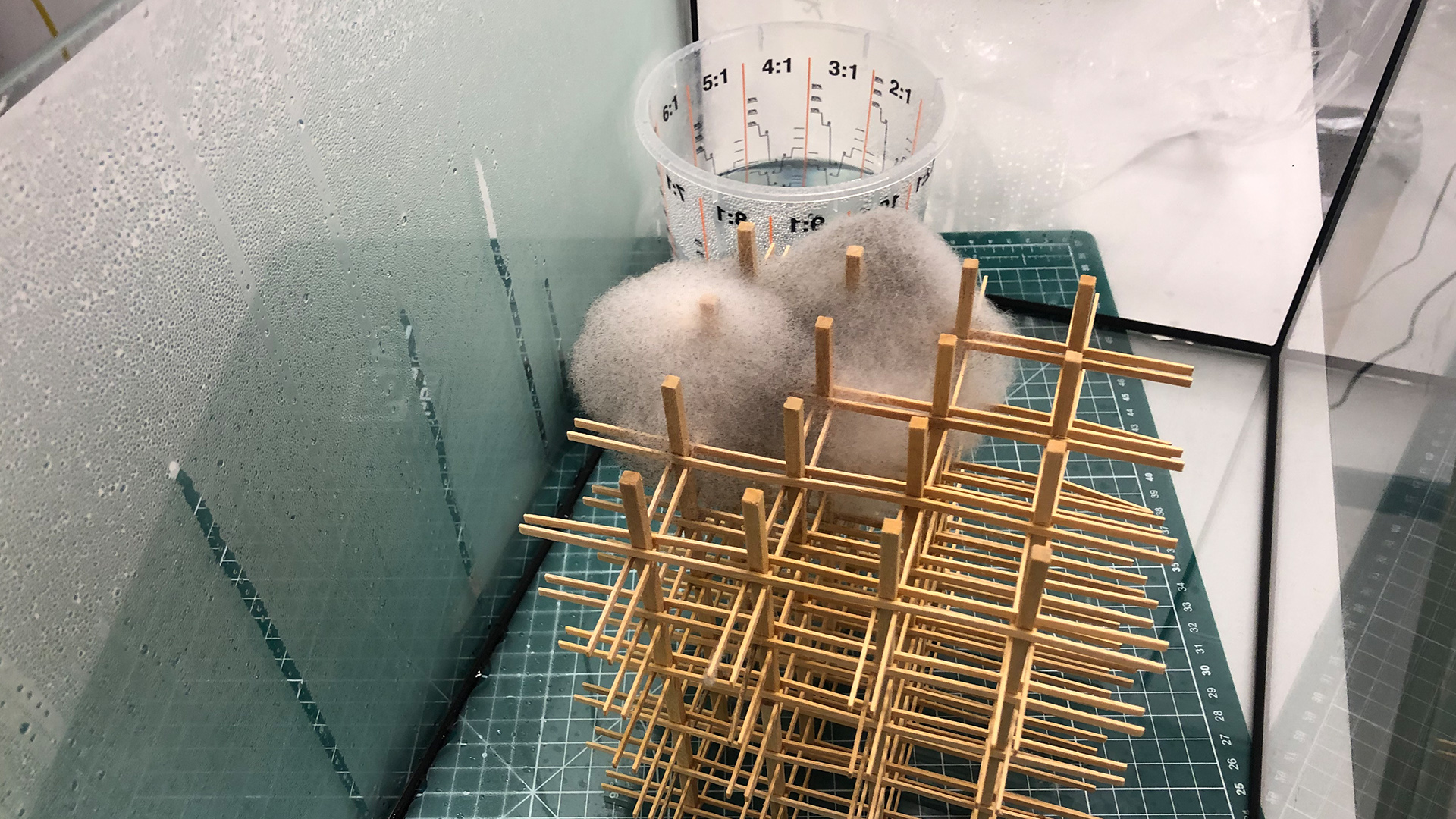 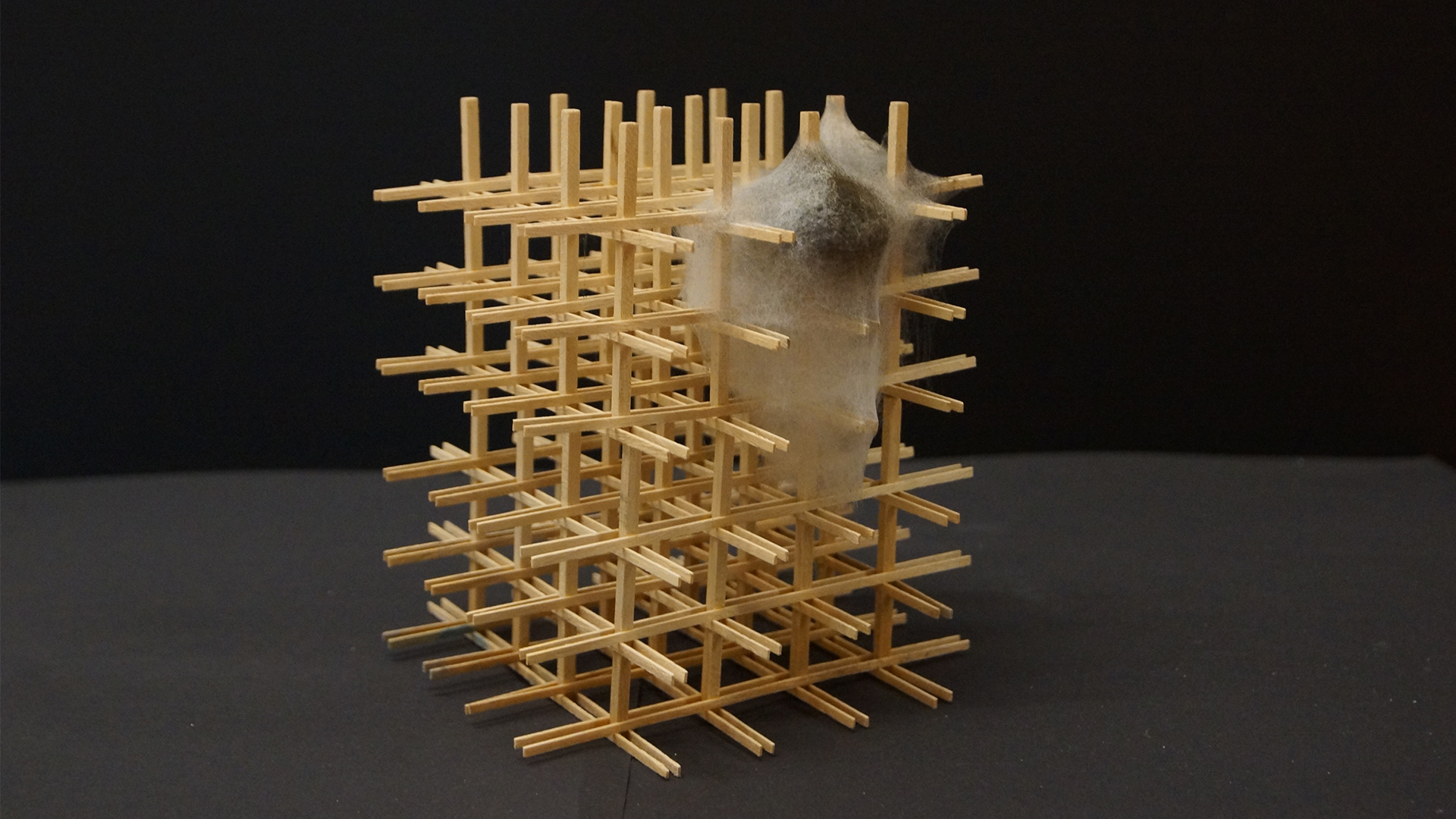 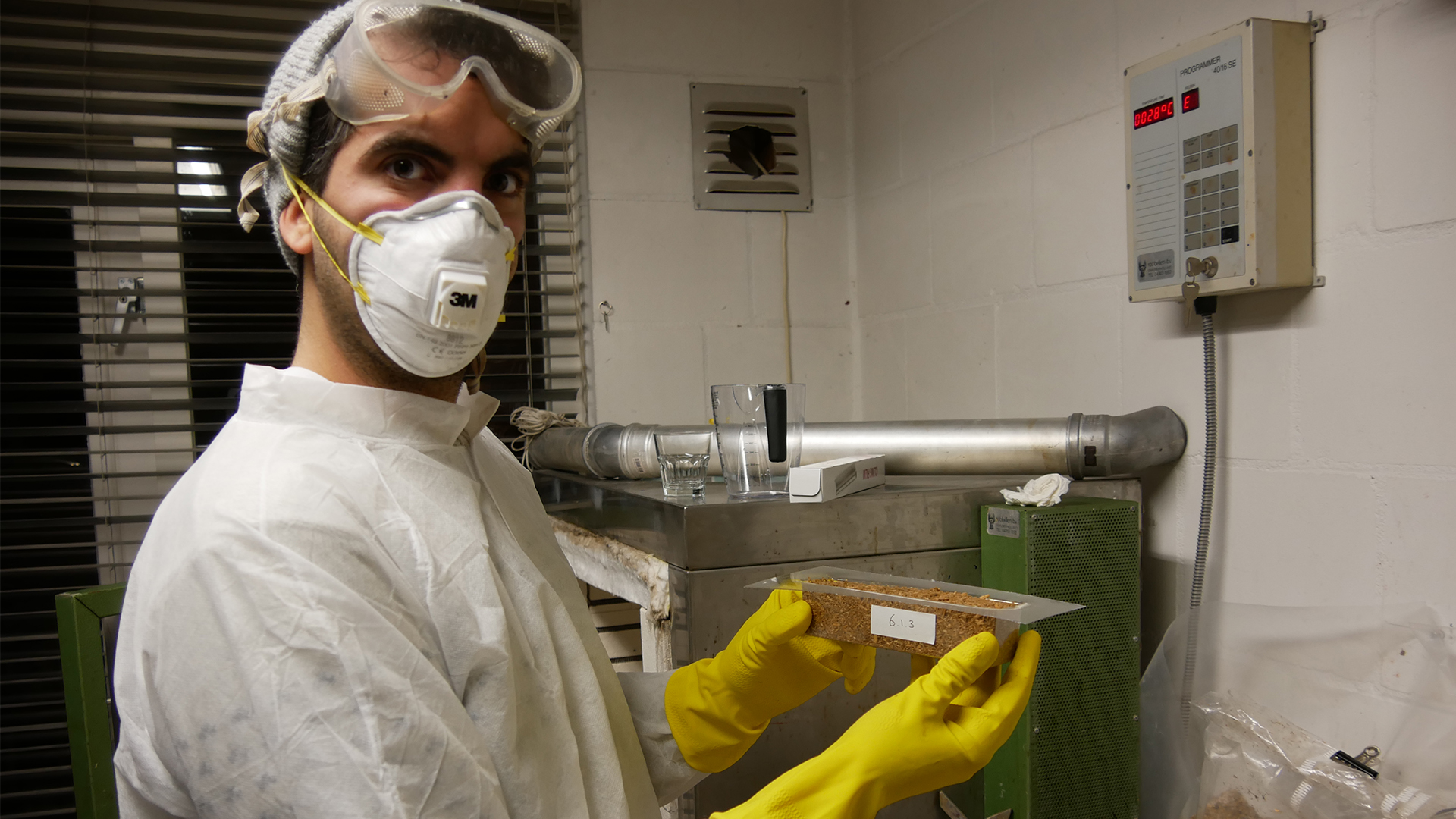 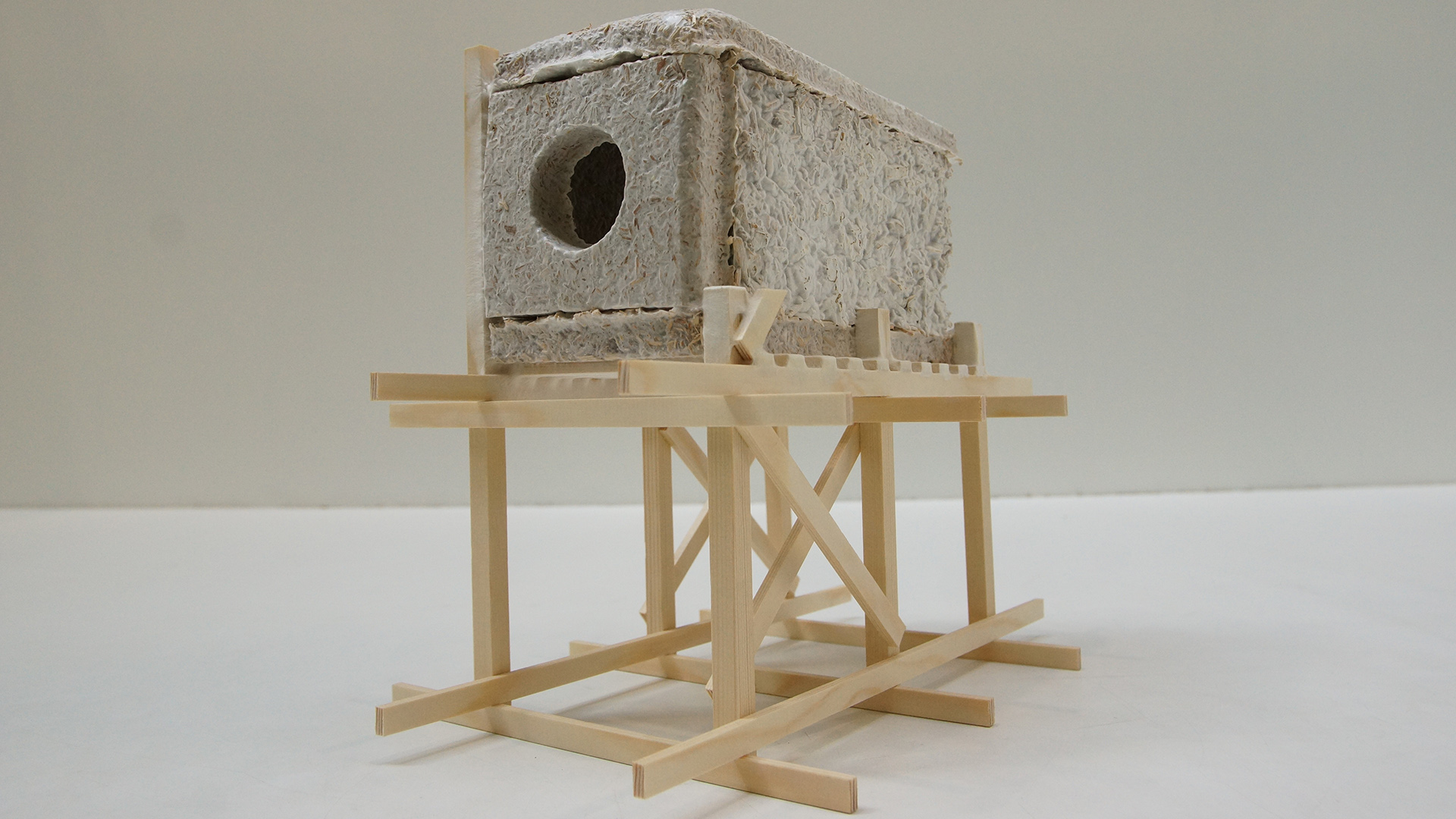 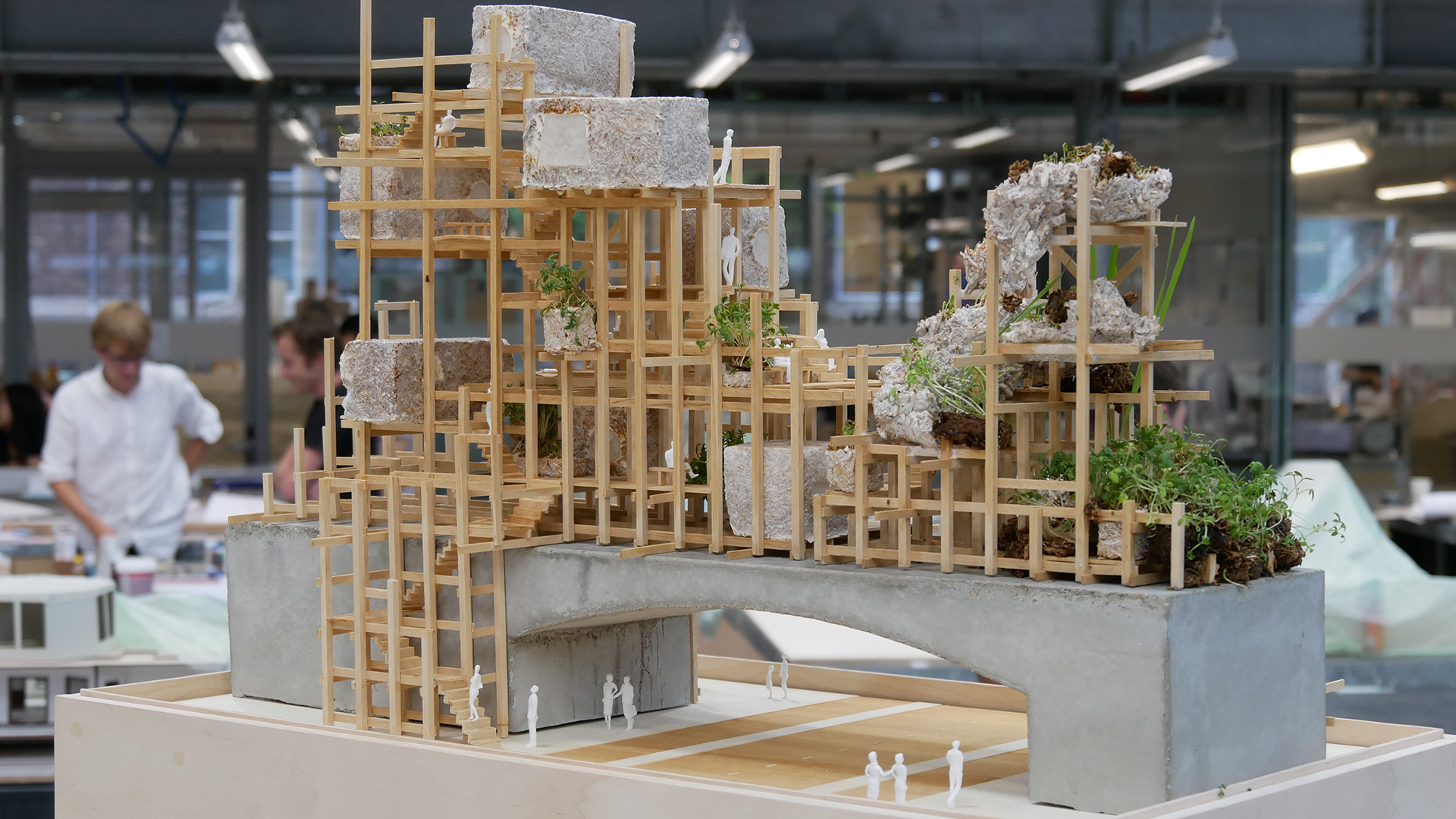 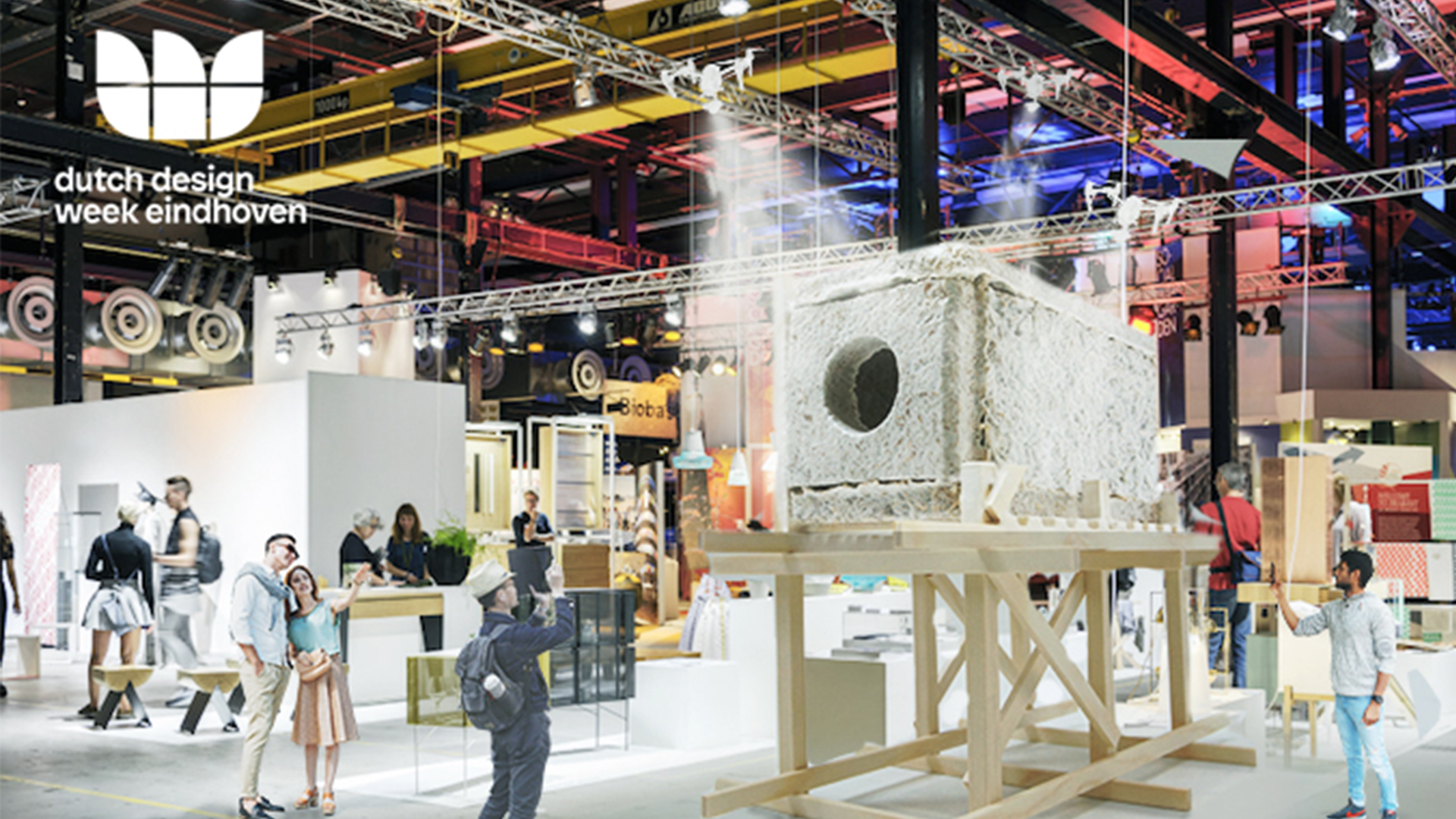