The Forze VIII, developed by TU Delft students, was the first ever hydrogen racing car to secure a podium place in an official race this weekend. On Saturday 17 August, team Forze finished second in the Supercar Challenge at the TT Circuit in Assen. The race saw the team’s hydrogen racing car beat conventional petrol-powered racing cars.

The Forze VIII started its last race of the weekend on Saturday in a field of 43 petrol-powered racing cars. After a 45-minute race, the pink racing car finished in second place in its class. During the start the car climbed from fourth to second place within a few laps. The Forze VIII soon built up a 15-second lead on the pursuers. The team managed to maintain this lead for the rest of the race and secured a place on the podium. “We are extremely proud of our performance today. Never before has a hydrogen-powered vehicle left other cars behind in an official race – let alone in a race against these kinds of petrol-powered cars. This place on the podium is not only the result of our efforts this past year, but of 12 years of hard work. We are the first ever student team to achieve this global first – quite unreal," says Zhi Wei Cai, the Team Manager. 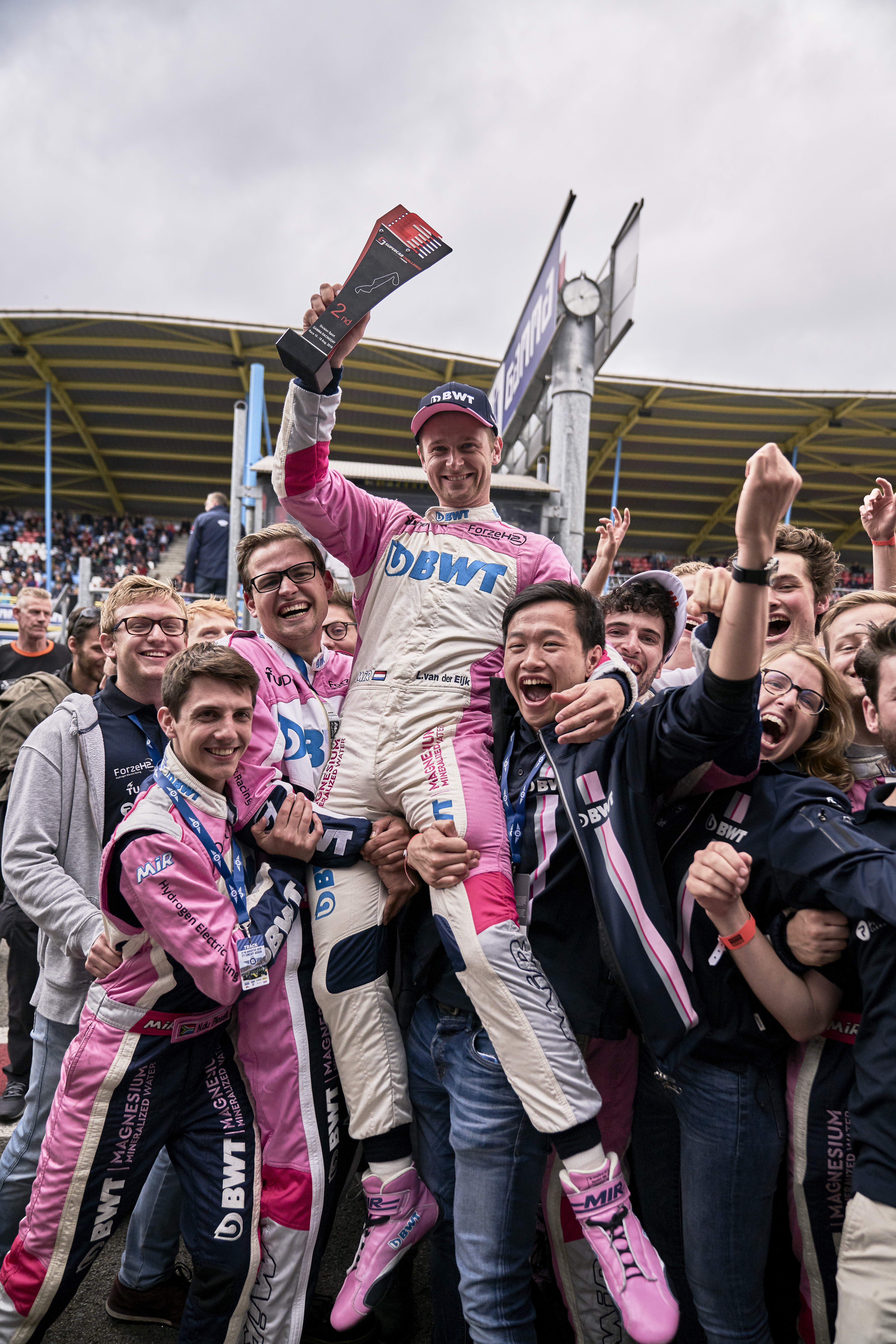 Learned a lot from Zandvoort

In mid-July, the car already took on petrol-powered cars twice in the Supercar Challenge, then at the future Formula 1 circuit in Zandvoort. It failed to finish the first race due to technical problems, but the second race went much better. After recording the fastest lap time, the car shut down briefly, was unable to close the gap and the team finished last.

Zhi Wei Cai, the Team Manager: “After Zandvoort, we knew we had the speed. The biggest challenge for this weekend was to maintain that speed for a whole race. That's why we've done everything we can in the past month to get the most out of the racing car. And it paid off: we finally secured a place on the podium in this fourth race."

From 0 to 100 in four seconds with no emissions

The Forze VIII, built by students, is a hydrogen-electric car. As in a battery-electric car, the wheels are driven by electric motors that run on electricity. In the hydrogen car, the electricity is produced in the fuel cell while driving by combining hydrogen from the tank with oxygen from the air outside; the only emission released is water. The car can be refuelled in three minutes.

Cai: “The pink racing car is not technically comparable to the petrol-powered competition, but in terms of performance, the car comes close to the Porsches and BMW's in action in the race. The Forze VIII can accelerate to 100 km/h within four seconds and can reach speeds of over 210 km/h. The maximum torque the motors can deliver is 780 Nm. This is the same "turning power" as a 10cm-long wrench with a weight of 780 kg at the end. By way of comparison, the Ferrari 812 Superfast, one of the Italian sports car manufacturer’s fastest models, gets no further than 718 Nm.” 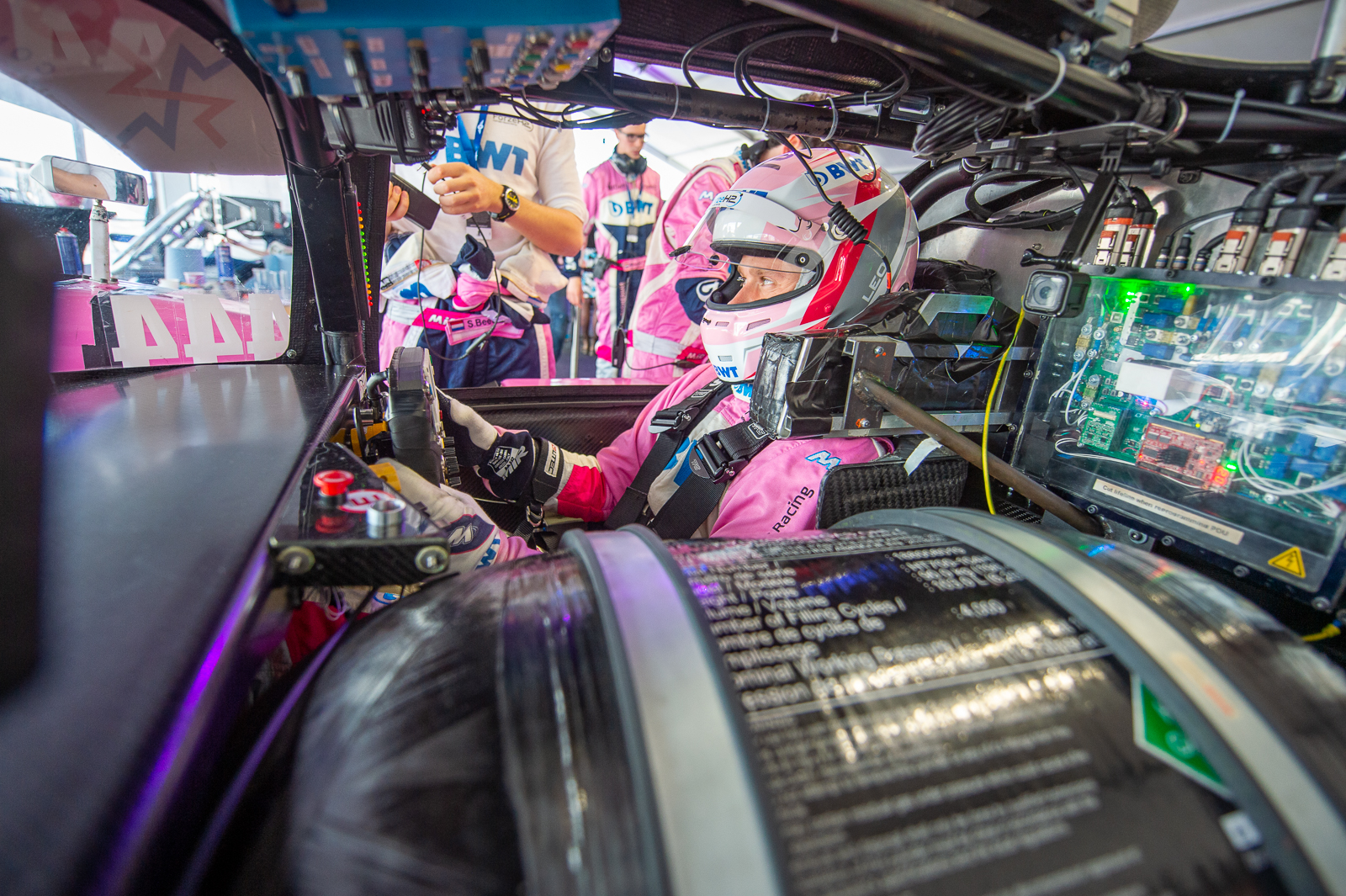 The next generation hydrogen racer
The Forze Hydrogen Electric Racing student team has been in existence for over 12 years and has built eight cars during that time. The team's mission is to promote hydrogen technology. “We're building an inspiring example, a racing car, and we're using it to showcase the potential of hydrogen technology," says Cai. “For the past two years that example has been the Forze VIII, and we have now made the most of it. The next challenge for our team is to design, build and test our new hydrogen racer, the Forze IX. Today's victory has only made us more enthusiastic about what we can achieve with the new racing car."