Another fieldlab has started on TU Delft Campus: RoboHouse. This fieldlab for advanced cognitive robotics is meant for companies and organisations that want to know how they can apply smart robots. Students can make use of the facilities as well.

RoboHouse was officially opened yesterday. Vice President Operations Nicoly Vermeulen from the Executive Board attended the ceremony, together with deputy mayor form the municipality of Delft Bas Vollebregt, amongst others. 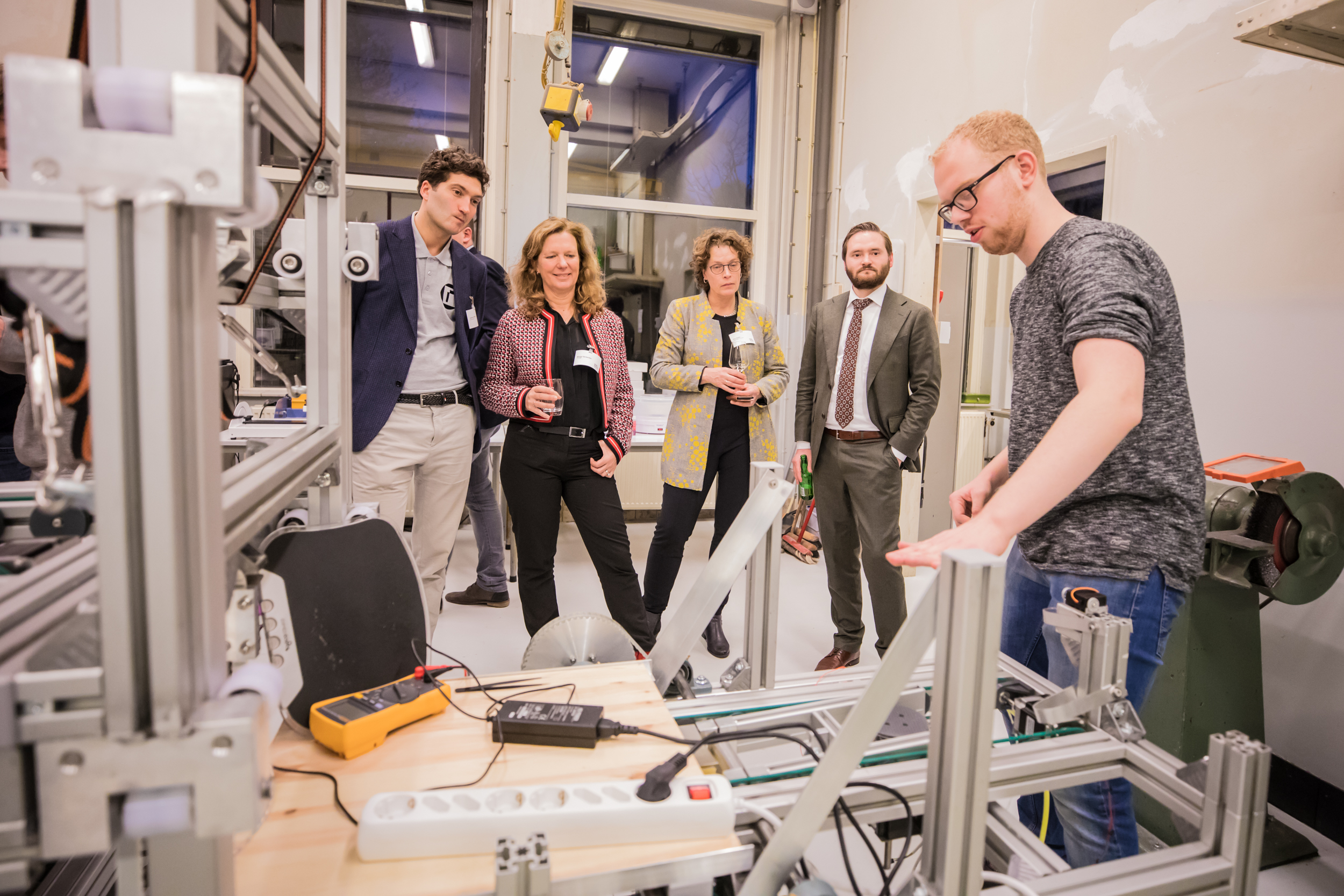 The new fieldlab is situated in the former biotechnology building at the Julianalaan, next to RoboValley. Over the last year, the building was renovated and transformed into a demonstration place for advanced robots, a test space and maker space.

“Many companies realise that they can profit by automating their production processes, but entrepreneurs often don’t know where to start”, manager of RoboHouse Jaimy Siebel says about setting up the fieldlab. “At RoboHouse, entrepreneurs not only can discover the possibilities robotics offer, but we help them with identifying the processes that can be automated. Subsequently, these solutions are validated in our test centre.”

At RoboHouse, entrepreneurs not only can discover the possibilities robotics offer, but we help them with identifying the processes that can be automated 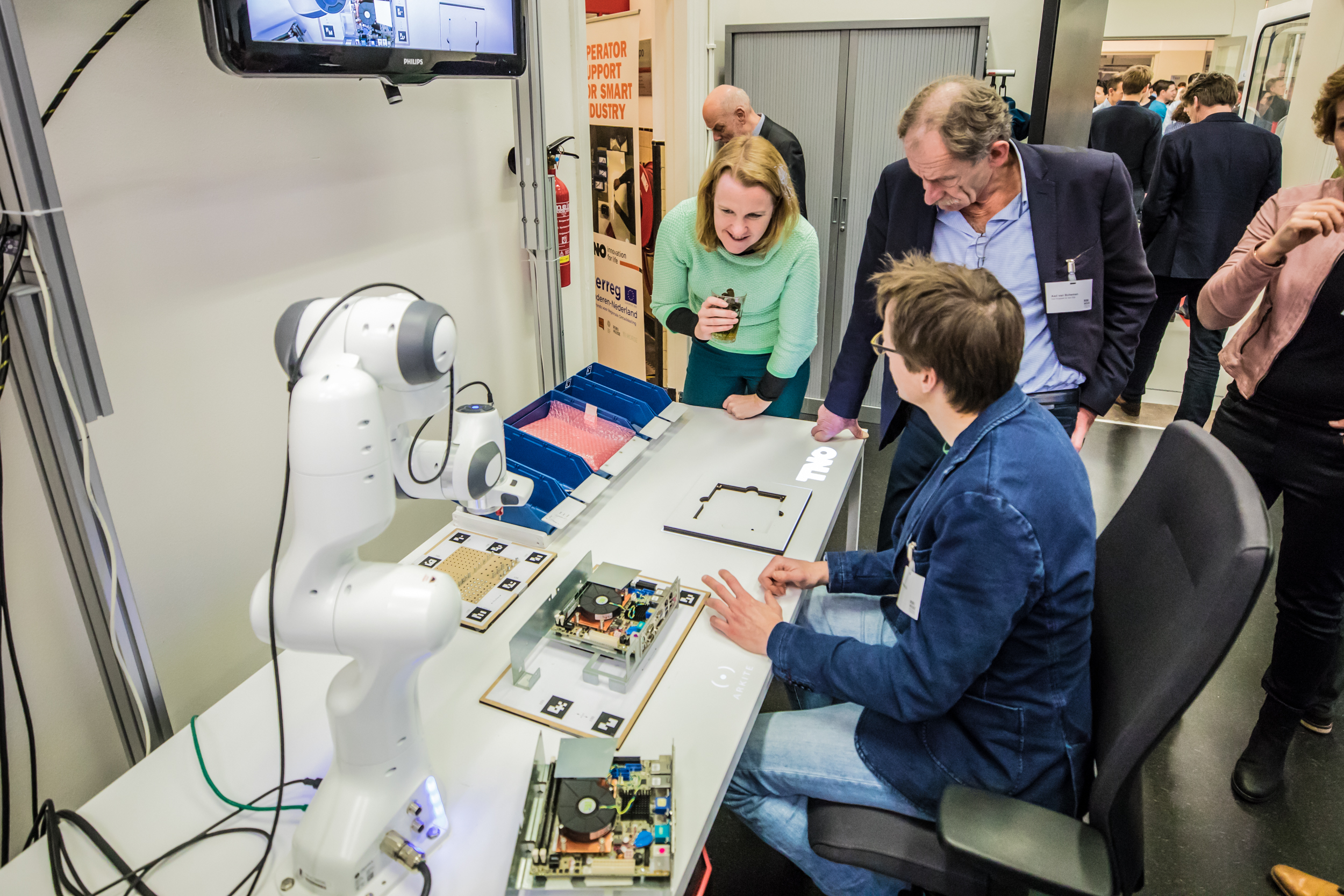 Beside companies, developers and students can become a member of Robohouse and make use of the facilities.  The students of the minor robotics already have their team rooms in RoboHouse.

RoboHouse offers several courses for a broad audience, for example about programming a robot arm of linking up a sensor to a neural network. “There aren’t many places where  you can learn this in such a short period of time”, Siebel says.

Fieldlabs have been on the rise over the last years. Read <link kennisvalorisatie home-of-innovation special living-labs-important-for-solving-social-issues>here the reasons why.