The Leeghwaterstraat on the TU Delft Campus has officially been put into use as a living lab for research into cycling behaviour and autonomous driving. At the end of October, the first bicycle experiment took place in the street with around 50 participants, who were in Delft to attend an international bicycle conference.

They cycled back and forth on the Leeghwaterstraat for 1.5 hours, carrying out a number of assignments. For example, they had to cycle and pass each other in two groups, drive along the street in a number of groups or insert at an intersection. The participants all wore a red cap with a specific mark on it, which makes it easy to recognise and track them on the camera footage.

Cameras, radar sensors and WiFi trackers
Earlier this year, masts were placed along the Leeghwaterstraat for monitoring car and bicycle traffic.

They are equipped with cameras, radar sensors and WiFi trackers, among other things. To be able to carry out the experiment properly, part of the Leeghwaterstraat was closed off. 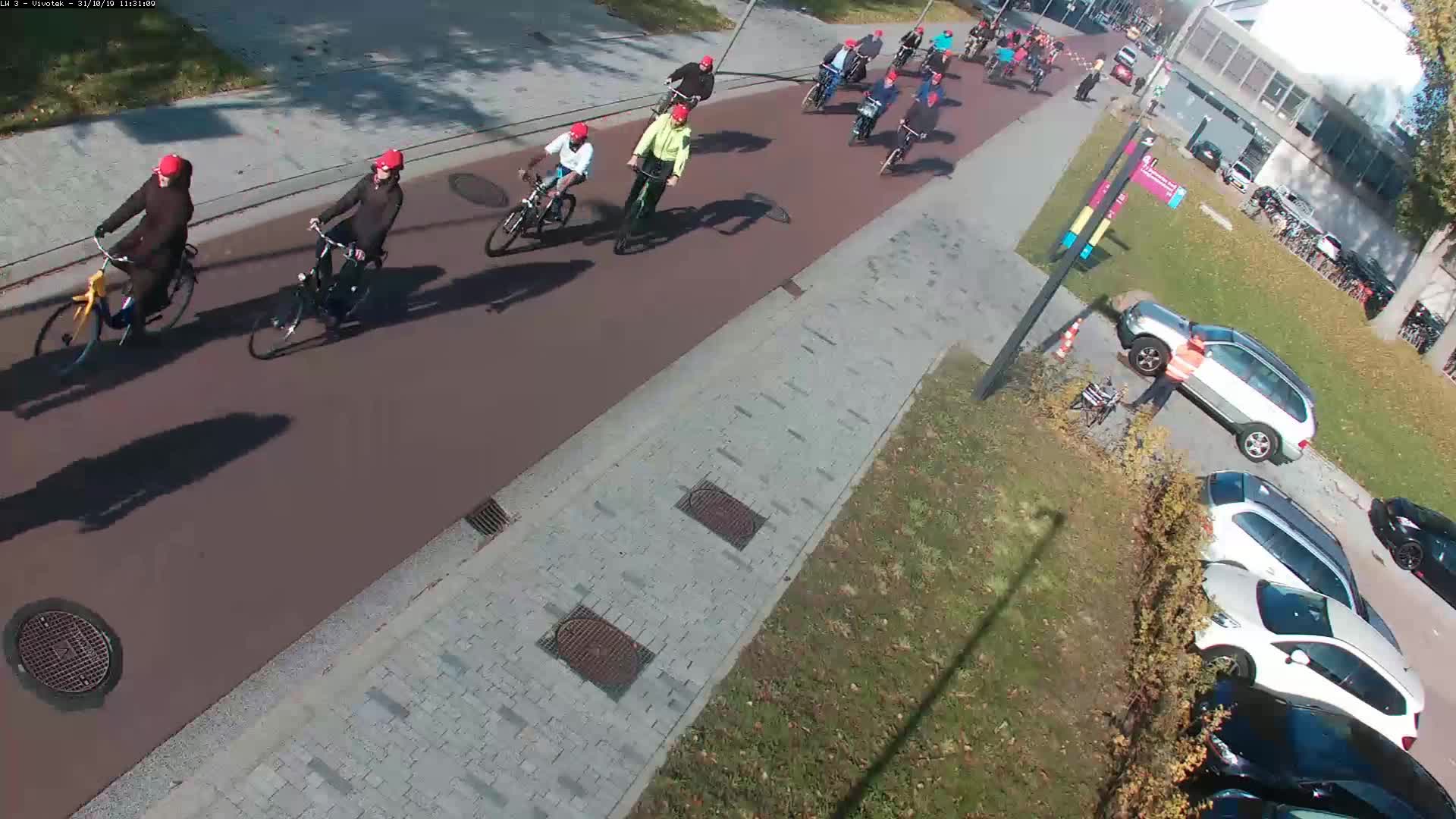 The purpose of the experiment is to better understand cycling behaviour with the help of empirical data. With this, models for bicycle traffic can be developed that can be used to improve designs for, for example, cycle paths and intersections.

Living lab
The experiments showed in a beautiful way how empirical research into cycling behaviour can be conducted in a lifelike environment, says Sascha Hoogendoorn-Lanser of TU Delft. “The data we have collected can be used, for example, to develop a theory about how cyclists pass each other at intersections: at what speed do they do that, how much distance do they keep and what role does other traffic play. The living lab also offers the possibility to test the effects of certain measures in a safe way.”

Influence of the weather
In the future, the researchers will also look at the influence of the weather on cycling behaviour and at the interaction between cyclists, pedestrians and motorists, says Hoogendoorn-Lanser. It is also possible to look at the impact of physical changes on the TU Delft Campus on cycling behaviour, such as the opening of a new educational building. "The possibilities are endless."

Monitoring dashboard
The experiment was followed with special interest by Rolf Willems from the province of South Holland, who partly funded the technical setup. Among other things, he was given an explanation about the monitoring dashboard which displays all footage in real time, and that can be combined with other data.

Urban Mobility Observatory
The Leeghwaterstraat is one of the test locations of the NWO project UMO (Urban Mobility Observatory). UMO is an initiative of eight leading universities and knowledge institutions in the field of mobility, traffic and transport. UMO provides data, sensor networks and scientific knowledge and expertise to offer cities and regions razor-sharp insight into traffic and transport flows. 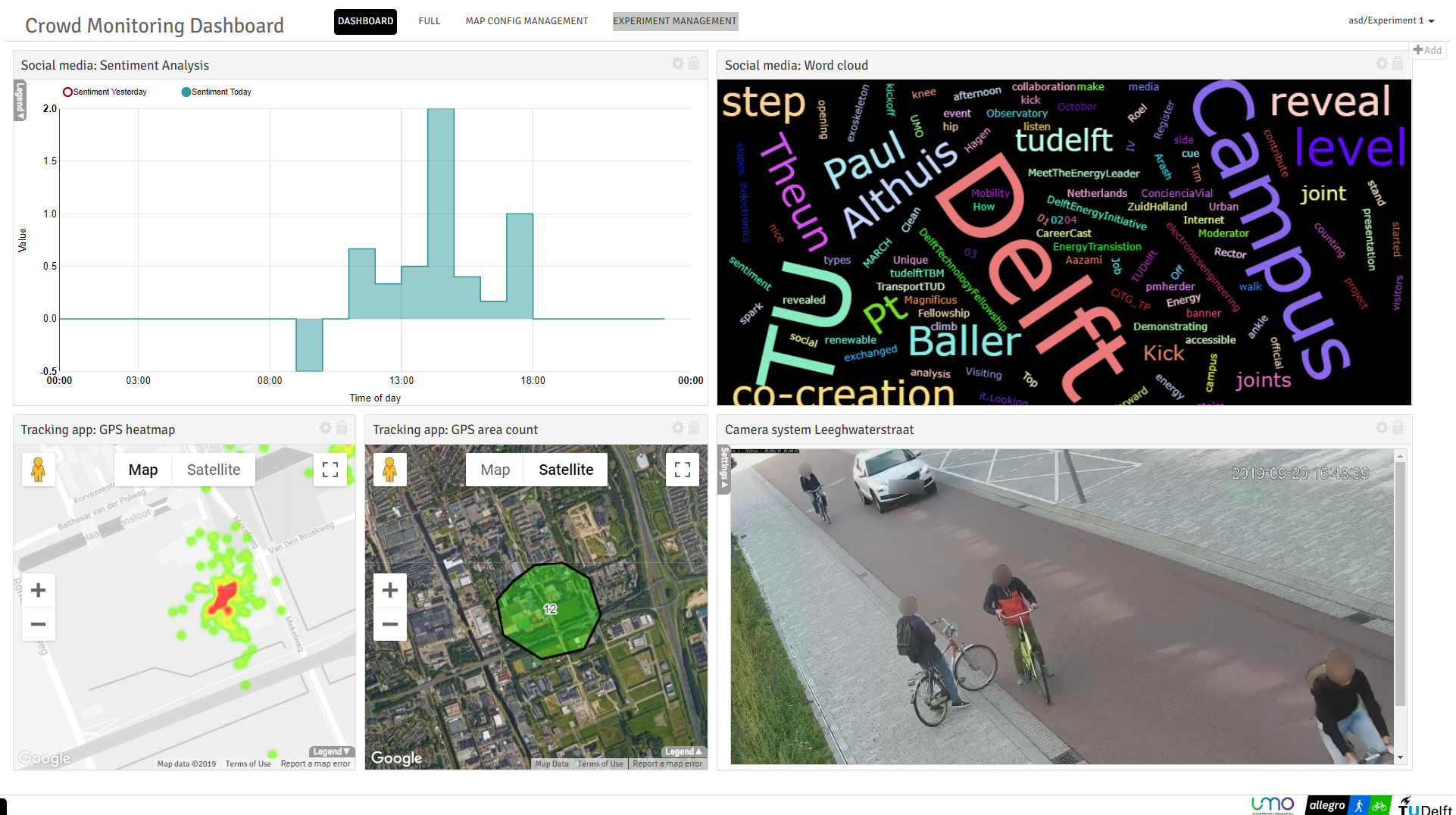