Researchers from TU Delft have now developed a new model that describes driving behaviour on the basis of one underlying ‘human’ principle: managing the risk below a threshold level.  This model can accurately predict human behaviour during a wide range of driving tasks. In time, the model could be used in intelligent cars, to make them feel less ‘robotic’. The research conducted by doctoral candidate Sarvesh Kolekar and his supervisors Joost de Winter and David Abbink will be published in Nature Communications on Tuesday 29 September 2020.

Risk threshold
Driving behaviour is usually described using models that predict an optimum path. But this is not how people actually drive. ‘You don't always adapt your driving behaviour to stick to one optimum path,’ says researcher Sarvesh Kolekar from the Department of Cognitive Robotics. ‘People don't drive continuously in the middle of their lane, for example: as long as they are within the acceptable lane limits, they are fine with it.’

Models that predict an optimum path are not only popular in research, but also in vehicle applications. ‘The current generation of intelligent cars drive very neatly. They continuously search for the safest path: i.e. one path at the appropriate speed. This leads to a “robotic” style of driving,’ continues Kolekar. ‘To get a better understanding of human driving behaviour, we tried to develop a new model that used the human risk threshold as the underlying principle.’ 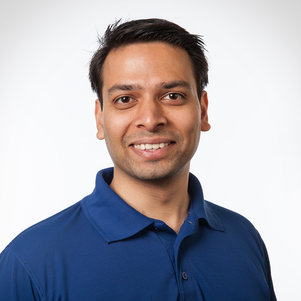 Driver’s Risk Field
To get to grips with this concept, Kolekar introduced the so-called Driver's Risk Field (DRF). This is an ever-changing two-dimensional field around the car that indicates how high the driver considers the risk to be at each point. Kolekar devised these risk assessments in previous research. The gravity of the consequences of the risk in question are then taken into account in the DRF. For example, having a cliff on one side of the road boundary is much more dangerous than having grass. ‘The DRF was inspired by a concept from psychology, put forward a long time ago (in 1938) by Gibson and Crooks. These authors claimed that car drivers ‘feel’ the risk field around them, as it were, and base their traffic manoeuvres on these perceptions.’ Kolekar managed to turn this theory into a computer algorithm, in which speed and lane position are adjusted to keep the predicted risk within acceptable limits.. 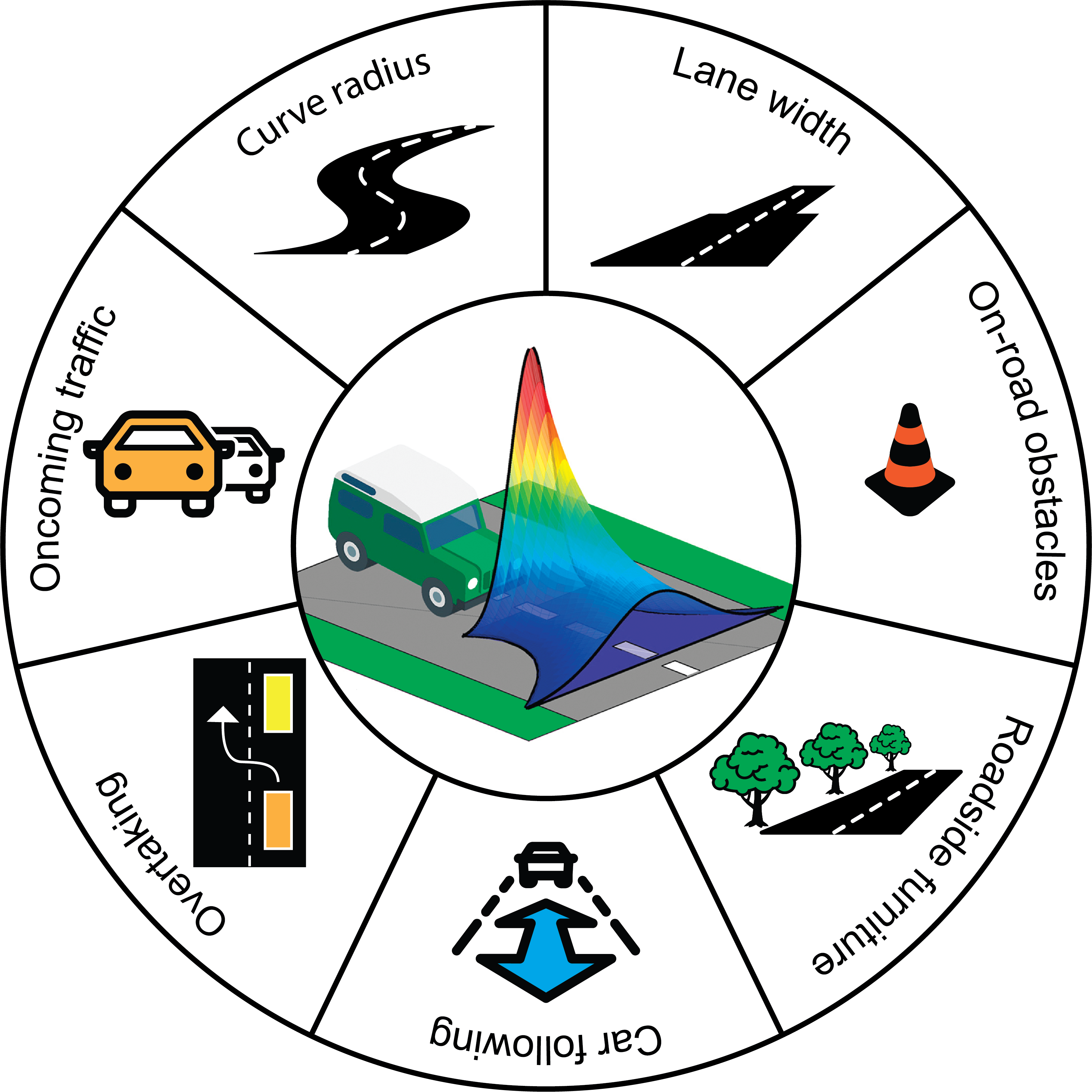 The Driver's Risk Field model uses one underlying principle, which allows drivers to adjust their speed and lane position. This predicts adjustments in seven scenarios taken from literature

Elegant
This elegant description of human driving behaviour has huge predictive and generalising value. Apart from the academic value, the model can also be used in intelligent cars. ‘If intelligent cars were to take real human driving habits into account, they would have a better chance of being accepted. The car would behave less like a robot.’

Sarvesh Kolekar's doctoral research is part of the Symbiotic Driving VIDI research project, headed by Prof. David Abbink. The supervision from Dr Joost de Winter was funded by the VIDI research project: How should automated vehicles communicate with other road users?, both made possible by NWO Applied and Engineering Sciences (NWO-TTW).