The climate is changing, not only in the Netherlands, but far beyond as well. The UN climate conference in Glasgow in 2021 had a clear message: climate adaptation is required of everyone; from governments to individuals around the world. Researchers from Delft University of Technology and University of Twente investigated the drivers of what motivates or hinders people in different cultures in climate adaptation. The results were published in the scientific journal Nature Climate Change.

Scientists Tatiana Filatova (TUD) en Ariana Need (UT) and their PhD student Brayton Noll (TUD) are conducting the research to address the question: “to what degree socio-economic and behavioural drivers, that proved relevant of households’ climate adaptation, in the global north vary from other cultures?” A survey was conducted among more than 6000 individuals in the Netherlands, the United States, China, and Indonesia. The survey responses provide insights into people's rational for being motivated or adverse to taking adaptations, such as flood-proofing their homes, purchasing sandbags, petitioning a government representative, etc.

Research on cultural similarities and differences
The results of the study show that some factors have similar effects on motivation to do climate adaptation across countries. Filatova: "Self-efficacy and perceived costs are respectively the strongest driver and barrier to making structural home modifications in all cultures. For example, individuals are more likely to be motivated to climate adaptation if they feel that they will be able to stop a flood from entering the door. The belief in climate change has a universal negative effect on adaptation intentions; perhaps because households with a sense of urgency have already made adaptations."

"We also see some important differences across countries: previous flood experiences have little effect on households’ adaptation; except in the Netherlands where flooding is a rare experience. The belief that government measures to combat climate change are inadequate, especially discourages adaptation intentions in the United States and Indonesia, but not in the Netherlands and China. Finally, while widely perceived costs substantially impede household adaptation, this is an almost four times stronger barrier in the global south than in the two more affluent countries in the global north." 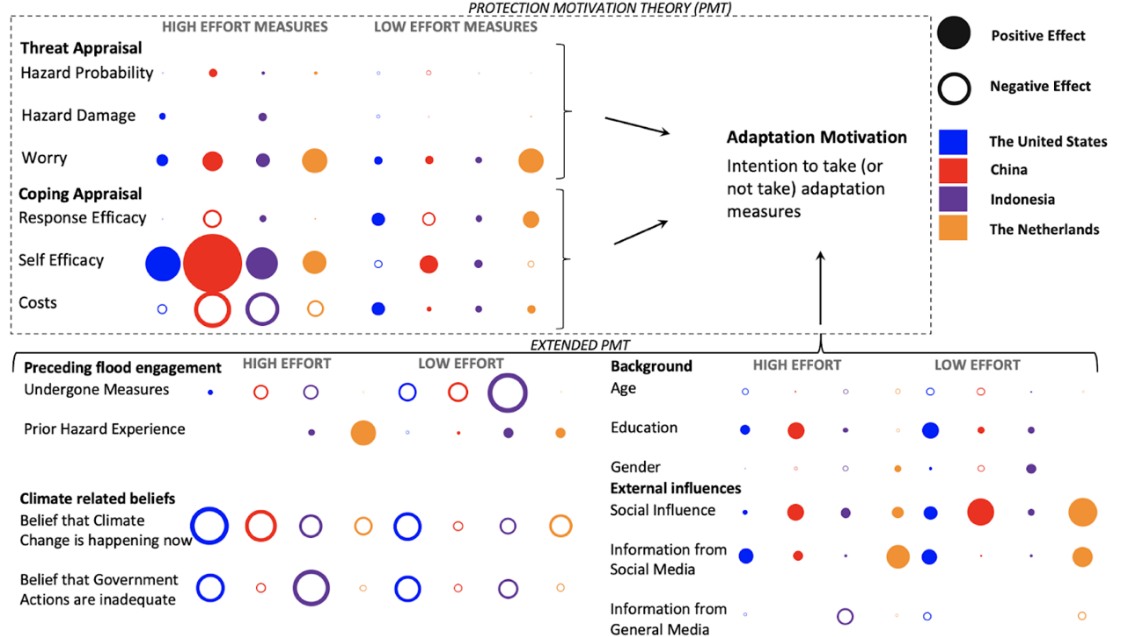 The size of the circles indicates the statistical effect that each of the 16 factors have on adaptation intention; the color of the circle indicates the country. The larger the circle is, the more likely the variable has a stronger effect on individuals' intention to take adaptive action. Positive effects (filled circles) motivate households, while negative effects (unfilled circles) diminish the likelihood of taking adaptive action.

Implications for international climate adaptation policy
The findings have implications for international climate adaptation policy. Given the exacerbating risks, household-level adaptation is an essential complement to larger government measures to counter future flood risks. Filatova: "To promote adaptation at the household level, policymakers can use the findings to help craft communication messages and policies - adapted to the culture of the country - that provide households with the necessary incentives to build a more climate-resilient society. We should be mindful about the key drivers of adaptative behavior that differ among countries, since what encourages adaptation in one context can discourage it in another. The UN Glasgow Climate Conference emphasized the importance of climate adaptation and the need to share the burdens and costs of climate change between the global north and south. With our research, we show that policymakers should carefully extrapolate knowledge about why and how citizens adapt to climate change to other regions."

More information
Read the publication in Nature Climate Change
The research is done under umbrella of the 4TU.HTSF resilience program ‘DeSIRE’ and is subsidized by the European Research Council. 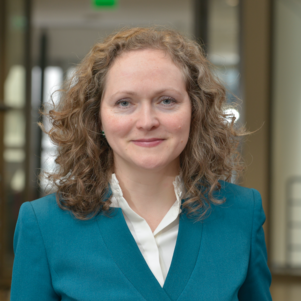